Grant McLennan is Chief Operating Officer of Zurich Alternative Asset Management (ZAAM). Since joining ZAAM in 2013 Grant has been responsible for all operational aspects relating to the approximately 35 staff and USD 6 billion of real estate, private equity and hedge funds invested by Zurich Insurance subsidiaries.  Prior to moving from Switzerland to New York, Grant was Head of Finance and Investment Services for Investment Management at Zurich Insurance headquarters in Switzerland.  Grant joined Zurich Insurance in 2003 and built a team of professionals responsible for ensuring high quality and timely reporting of investment performance metrics across the USD 200 billion portfolio of invested assets.

Grant qualified as a Chartered Accountant with KPMG in Edinburgh where he spent three years auditing financial institutions
Grant has a PhD in Neuroscience from the University of Cambridge and holds a Master’s of Arts degree in Psychology for the University of St Andrews.

He speaks English and German.

Rory is based in Boston where he works for Radius, a global expansion consultancy and outsourcing business.  He has played a number of roles within the business including Solution Development for large client pursuits, leading a shared services centre and heading up a major change management project.
Prior to Radius, Rory worked for Ernst and Young where he qualified as a CA in the Audit department, before spending two years working in the Risk Advisory team.

In 2016 he was selected as one of ICAS’ 35 under 35 list of top young CAs.  During his career to date Rory has spent periods based in Bristol, Munich, Mumbai and Boston.

Schnitzer is one of the largest manufacturers and exporters of recycled metal products in the United States with 96 operating facilities located in 23 states, Puerto Rico and Western Canada. The integrated operating platform also includes auto parts stores with approximately 5 million annual retail visits, and a steel mill with an electric-arc furnace which has a capacity of 580,000 tonnes, and produces finished steel products, including rebar, wire rod and other speciality products.

From 2002 to 2006 Richard was Senior Vice President & Chief Financial Officer of PacifiCorp Inc, the multi-state western US energy utility with $12 billion of assets, also headquartered in Portland.

From 1995 to 2002, he held senior management positions with Scottish Power plc, the international energy utility, including Group Controller and Managing Director of UK Customer Services.

Before joining ScottishPower, Richard was a Senior Manager with Cooper & Lybrand, the international accounting firm, based in Glasgow, Scotland.

Richard is a member of the Institute of Chartered Accountants of Scotland and has a B.A. in Accountancy degree from Glasgow College of Technology.

Derek joined PwC-Edinburgh in 2004 after graduating from The University of Edinburgh with an MA in Business Studies and Accounting. In 2007 he transferred to PwC Russia where he helped set up a new regional office in Kazan, and in 2010 moved to Moscow to serve as CFO for the Russian business of Willis Towers Watson. In 2014 Derek obtained his MBA from IMD in Lausanne, Switzerland before joining the European headquarters of Amazon in Luxembourg to help launch new businesses in UK, Germany, France, Italy and Spain. Since mid-2016 Derek has been at Amazon’s Lending division in the Seattle headquarters, first ramping up the company's B2B trade credit programme and latterly managing the US Marketplace Seller Loan programme. 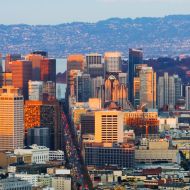 ICAS Members regularly meet up online and in cities across the US to network and share insights.