Where are we now? Find out how far the ICAS Well Together participants had travelled up until 28 March 2021

In just 11 weeks the CAs taking part in our virtual wellbeing journey have traveled all the way around the world.

On 11 January the Well Together participants took their first virtual steps from CA House in Edinburgh, as they embarked upon an attempt to clock up sufficient kilometres to make it all the way around the world. The aim was to encourage ICAS Members to join the journey and for them to encourage one another to regularly take some time out, get outdoors and stay active.

The target distance for a full, straight-line virtual circumnavigation of the world, was 40,075kms. In just 11 weeks that target has been smashed, with enough extra kilometres for the journey to make a few deviations along the way, as we checked in on a range of exotic locations with ICAS connections.

In total the journey has covered more than enough kilometres in just 11 weeks to take us from our starting point at CA House in Edinburgh all the way around the world.

0km - the distance remaining for us to get all the way around the world. Together we did it! 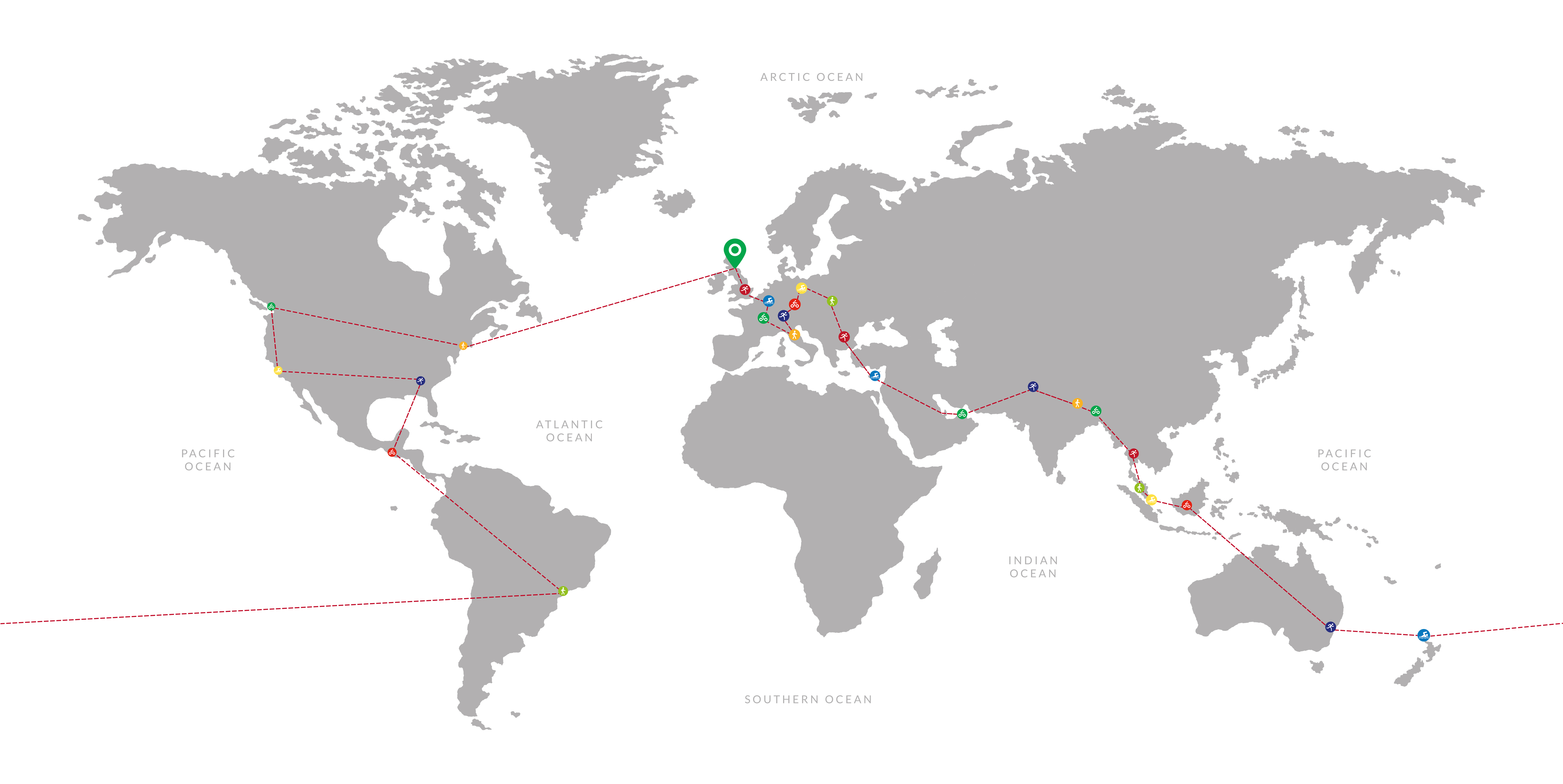 Here are some of the places we virtually travelled through on the last leg of our journey:

» Atlanta, USA – The Atlanta Falcons NFL team is owned by Arthur Blank. The billionaire businessman and philanthropist co-founded Home Depot in 1978 but began his career as an accountant at Arthur Young and Co.

» San Francisco, USA – Head west to the Bay Area and you might bump into Laura Jane Busch CA, Budget Director at San Francisco Public Utilities Commission. Laura was recently profiled in CA magazine, where she told us all about her life in numbers.

» Vancouver, Canada – Heading north before we go east and we get to the home of Karen Finlay CA, an Independent consultant who is Chair of the ICAS Canada Network. Karen told CA magazine that what she most likes about Vancouver is that it offers the best of both worlds - warm summers and snowy winters.

» New York, USA – Over on the east coast and we find the ICAS New York Area Network, which connects and supports ICAS Members in the region. The Network is chaired by Sasha Raichand CA, Director of Asset Management at Thor Equities. You can contact him directly through CA Connect.

Here you might also meet Alistair Connal CA, Manager, Corporate Strategy at Google, who was featured on the 2019 ICAS Top 100 CAs list. You can read more about Alistair in this edition of CA magazine, which included a feature on technology and its role in the future of the accountancy profession.

Our third Big Apple connection is Andrew Reekie CA, Executive Vice President of Finance at publishing company Football Co. Andrew, who qualified as a CA while working at POwC in Edinburgh, was also a top 100 Young CA in 2019. You can connect with Andrew on LinkedIn.

Whilst we've reached the target distance and completed the challenge, all six ICAS Strava Clubs will stay up and running (and walking, swimming, wheeling and cycling). The Clubs have been a great source of health and wellbeing motivation and inspiration, and a fun way for CAs to network and connect with fellow ICAS Members in their local areas.

If you'd like to show some appreciation for all your fellow ICAS Members' efforts then why not make a donation to one of Well Together's two partner charities, the ICAS Foundation, which supports academically talented young people from disadvantaged communities into university, or SCABA, the Scottish Chartered Accountants Benevolent Association.

Donate to the ICAS Foundation 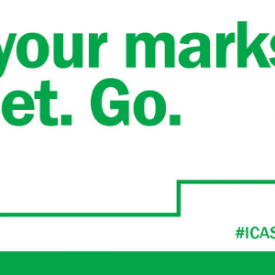