Top tips on accounting for start-ups

Robert Krigsman says experience and knowledge are essential qualities when managing the accounts of start-ups.

Looking after the accounting function in a start-up in Australia is about a lot more than numbers, according to Robert Krigsman, Principal of Krigsman Partners in Melbourne. The Chartered Accountant, who is broadly recognised as a thought leader in the start-up space, said such a role requires enormous experience as well as solid knowledge of the many issues that can arise for start-ups a few years down the track.

“You have to understand the start-up process and you should have been through that journey on enough occasions to really be instructive and to understand what they will face,” said Robert.

Robert’s own start-up experience came early in his career. Having completed a computer science/commerce degree, he knew and consulted to many entrepreneurs that launched their own technology businesses. He soon became a specialist in the start-up space and along the way attracted the attention of established foreign businesses that wished to launch in Australia.

“Success for the accountant in a start-up is about being very commercial,” he said. “You must understand the commercial considerations and bring in advisors at the right time. That’s important because a lot of these businesses are very embryonic and in the process of formulating their business model, or are at the point where they want to seek funding. It is a critical time for them to engage with the right advisors and to have the right structure.”

In avoiding the agreement being drafted by a lawyer they saved themselves $2,000, but now they’re spending $20,000 on legal fees. It’s a false economy.

Experience has shown him that things don’t always work out well in start-ups. Thorough preparation and the right advice in the early stages can save a lot of pain later on.

Robert said he has attended and managed several mediation sessions involving old friends that had decided to launch a business together. Perhaps they rented out a warehouse, began to experience growth, hired six or seven people then, usually for something minor such as one partner taking more holidays than the other, got into a dispute.

“Usually you find, in such cases, that the people involved had never gone ahead and organised a shareholders’ agreement,” he said. “In avoiding the agreement being drafted by a lawyer they saved themselves $2,000, but now they’re spending $20,000 on legal fees. It’s a false economy. You need to be able to advise them against bypassing the things that are important.”

When you introduce the founders to the right advisors – commercials lawyers or technology specialists or patent attorneys etc – you are also developing a network that the entrepreneurs can fall back on and seek advice from, said Robert. That network will assist them in upholding the high levels of integrity that you helped them to build in to their business from the very beginning.

And while local knowledge certainly helps in terms of knowing what grants might be available, or being familiar with very specific laws, policies and regulations, Robert said start-up knowledge can travel from territory to territory.

“We’ve found the issues are universal,” he said. “We’ve seen this in Europe and Asia and the US and New Zealand. The considerations, the thought, the structuring and the concerns over the core elements are universal. There will be differences and some elements that don’t apply, but there is very much a common element of risk and concern and commercial consideration.” 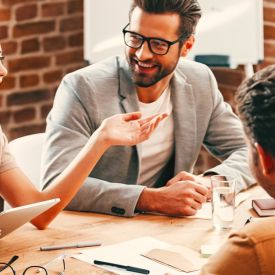 By The CA Today team.