The American dream is the belief that anyone can achieve success, regardless of the circumstances of their birth. Millions of people from around the world have moved to the United States in the hope of doing exactly that, including many CAs from the UK, as the qualification is recognised throughout the country. We speak to three CAs who have settled down in very different US cities – oil-rich Houston, entertainment mecca Los Angeles and financial centre New York – about their career journeys and the realities of living and working in the world’s most powerful economy.

Come out here with something in mind, rather than in hope

During my honour’s year at the University of Aberdeen, I got the offer to switch to an ICAS training job. It was a leap of faith, but I knew if I got a CA it would be a better qualification. I did my training with a small firm in Aberdeen before moving to a food group where I realised I liked transactions and acquisitions more than auditing.

One snowy day, I decided I would leave Aberdeen, so I began applying for jobs in London. I got an investment banking job at Grant Thornton, which had a big audit practice in the entertainment space.

Thomas Day, then a Partner, pulled me onto the entertainment team, where my first client was Elisabeth Murdoch who was buying Kudos, Princess and Firefly – I helped her with those transactions. By 2007 we’d sold a bunch of really good UK businesses, including 12 Yard Productions, the creative team behind The Weakest Link. After we’d done about 25 transactions, Thomas and I took the plunge and decided to leave Grant Thornton.

We set up ACF (“about corporate finance”), jumped on a plane to the US, and drove around Los Angeles, Washington and New York – the three major TV production hubs – asking for meetings. We worked really hard and kissed a lot of frogs on the way, but we took a direct-to-corporate strategy and went straight to the owners of the businesses. We had a strong story and it worked – our first client was Arthur Smith, whose company produces big shows like American Ninja Warrior and Hell’s Kitchen USA. We’re now, by volume, the biggest player in the entertainment space for mergers and acquisitions.

Getting started in the US is tough. My advice is to come out here with something in mind, rather than in hope. But the opportunity is huge. From a lifestyle perspective, I struggled at first. In London, living in Old Street, I’d see thousands of people during my commute. Los Angeles is a huge sprawling city. You can’t just walk to a coffee shop – you’ve got to get in a car. But the family life is terrific. My two children go to beautiful schools. They’re outdoors every day of the week and go boogie boarding and surfing and all the things I couldn’t have imagined doing at their age.

LA’s expensive, but it’s a big metropolitan city and there’s so much to do. We have great skiing a five-hour drive away, great beaches 15 minutes from my door, great restaurants and a real outdoorsy lifestyle. It can be hard getting to know people in LA, but a Scottish accent helps – everyone in Hollywood thinks they come from Scotland! They’re all huge golfers and have been to St Andrews. That’s often enough to open a conversation and start building a relationship.

I’ve always lived and worked around the world. I grew up between England and India and my first job was with Singapore Airlines, which gave me the travel bug. After a few years as a marketing executive, I realised I needed a professional qualification, so I joined PwC’s training programme in London and qualified as a CA. Then an opportunity to move to New York came up, so I did a stint with PwC’s banking practice.

After five years in audit, I was looking for a change professionally and moved back to London. I spent the next few years structuring real estate debt at Anglo Irish Bank, and then moved to Brookfield Asset Management working in a variety of commercial roles, including a spell in Mumbai to set up its business in India. In 2017, I moved back to New York and was working as Director of Asset Management at Thor Equities until the pandemic hit.

I took a break to spend time with my family – my kids were four and seven, which was a whole new ballgame – and to think about my career. I like working with people and making connections and I was good at property, so when the real estate market in New York was picking up, I did my broker exam and became an agent at Compass.

My family and I have just put down roots in New Jersey, but every weekend so far we’ve been back to the city. New York is such a dynamic, energetic place. It’s nothing like the rest of America. It’s so diverse. You walk down the street and the range of languages and accents you hear is phenomenal. London is very international, but New York takes it to a new level.

I’ve experienced New York twice – once as a single young person and now as a family man. Even with kids, there is still so much to do, and the schools give you access to the culture of the city. Living here was daunting at first. Even though we speak the same language, words can mean different things here. The work culture is also very different. New York is work hard, play hard. The one thing I do miss about the UK is the banter. Here, conversations are to the point and more business-related.

I definitely recommend moving abroad. It opens you up to a whole new world. To be successful, you need the open-mindedness to step out of your comfort zone. I’m on the New York committee of Chartered Accountants Worldwide, which brings together many institutes around the world. Americans have strong university or college fraternity ties, and they depend so much on their business school networks. The closest we have to that is ICAS. I want to help CAs realise, as I have done, that they can find success by making use of their network.

In the UK, we work to live, but in the US it’s the other way around

I always knew I wanted to work for a Big Four firm as the doors to travel would open more easily. So I left my home of Inverness and studied at the University of Aberdeen before getting an audit internship with EY, as it’s now called. I stayed with the firm for 14 years – six in Aberdeen and eight in Houston, Texas.

After obtaining my CA qualification and working my way up to manager, I began seeking opportunities abroad. I worked primarily on oil and gas clients and, as I didn’t want to lose my energy background, I looked at places where EY had oil and gas hubs. Perth, Australia was too far away, Abu Dhabi wasn’t the right fit for me, and I didn’t want anywhere colder than Scotland, which ruled out Canada. So I landed on Houston, a place I’d never been to before. I didn’t follow the usual path of EY’s global exchange programme – instead I used my partner connections to help with my relocation. I moved to Houston in 2013.

The transition wasn’t particularly hard as EY follows a global audit methodology, though there was a learning curve for the Securities and Exchange Commission and Public Company Accounting Oversight Board requirements. Having my CA qualification allowed me to work on IFRS clients, which makes you a hot commodity.

The challenge was more leaving family and friends and entering a city I didn’t know anything about. Just as when people come to Scotland and think everyone wears kilts, I had the stereotypical view that all Texans wear cowboy hats – they do, but only when the rodeo is on! I also expected Houston would have a country feel, but it’s a cosmopolitan city. It’s super diverse and there’s a good expat community here.

Until I built a network of friends, it was challenging – especially as my husband and I did long distance for two years until we got married – but the work always kept me sane. I had no plans to leave EY, where I was an Audit Senior Manager, but when I saw an advert for a chief accounting officer position at global pipes, valves and fittings distributor MRC Global, I thought I’d throw my name in the hat. I got the job and I joined in July last year.

The US definitely has a different work ethic. In the UK, we work to live, but in the US it’s the other way around. There’s a culture that you need to be “on” a lot – but I like to think I’ve maintained a healthy work-life balance. The lifestyle is very different, too. It is obviously a lot warmer – sometimes a bit too hot. Sports are a big deal here and there’s always a lot going on – I love watching baseball now. I’m a bit of a foodie and Houston’s restaurant scene has phenomenal variety. Tex-Mex is the big thing, but the sushi is fantastic, too.

You get more for your money here. We live in a five-bed house in a suburban community with manmade lake, boardwalk area, and parks and trails for walking and biking. Moving abroad is a huge growth opportunity. I learnt so much by leaving my comfort zone. I would encourage anyone to travel and to give it at least a couple of years, because that first year is just finding your feet. I told myself that and it worked – I’m still here.

ICAS encourages members at home and abroad to connect with their local community of CAs. 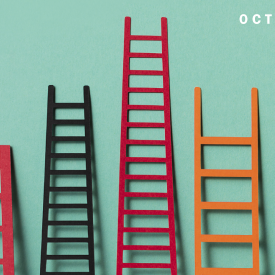