To mark World Suicide Prevention Day on 10 September, Ryan Herman meets the men behind two projects helping to put the mental-health conversation where it should be – a part of everyday life

To Matthew Halstead’s friends and colleagues, there were no outward signs anything was amiss with the trainee CA. He was friendly, outgoing and sociable, a keen competitor at sport who trained hard and played harder. He kept in shape and regularly undertook long-distance runs. But privately his life was starting to unravel.

Halstead was training too hard and had become obsessed with his physical appearance. “I would hang towels over the mirrors in my house because I could not bear looking at myself,” he recalls. He had experienced suicidal thoughts in his teenage years, but everything came to a head while he was a first-year trainee.

The night before an ultra-marathon from London to Brighton, he overdrank and overslept. But rather than skip the event and spend the day recovering, he decided to go ahead with the run, without having eaten. He got lost and had to hitchhike home. Shortly afterwards, he learnt that he had failed his CA exams, which meant losing his role as a trainee.

“I had rent to pay, no job and a half-finished qualification,” he says. “That was a real turning point. Failing those exams forced me to make a choice in life.”

So he joined a small firm, completed his course and qualified as a CA. Now he juggles several roles, including as CFO of Dropless, a sustainable car- and fleet-servicing business. Halstead is acutely aware that when somebody loses a job, it can be a catalyst for depression, which can ultimately lead to suicide. It is a sequence of events that is far more prevalent among men than women. Suicide is now the leading cause of death in the UK for men under 50.

Halstead’s experiences led him to think about how he could help other people struggling mentally, so he became a volunteer listener with the Samaritans. Then one of his best friends – a tech developer and CA – began to suffer from severe anxiety. Halstead recalls: “He said to me, ‘All I want to help me through some of the more difficult times is a little app that can nudge me to say it’s gonna be okay.’

So, the Sidekick app was born, providing a series of programmes and techniques, such as breathing exercises and meditations, that help users to deal with stress, reduce anxiety or simply have a good night’s sleep.

“We wanted the app to be free,” says Halstead. “Mental health is something we felt was being commoditised by big businesses and big start-ups. It is done in a very good way and quite accessible in terms of cost. But in my view mental health shouldn’t be commoditised. Our aim was to create the best free mental health app in the world.”

He adds: “I know from my own experience, you come in from a night out, you’ve had fun, probably drunk too much. Then everything’s quiet and everything’s not okay. And in those instances, we wanted to help people create a kind of safe, warm space for them just [to try] a little breathing exercise before they go to sleep, just to say everything’s gonna be okay.

He concedes, however, that for some people it will take more than an app. “If they are feeling terrible, we provide them with access in just two clicks to mental health services such as the Samaritans,” he says. “We are also a resource for people to find relevant organisations around addiction and coping with bereavement or suicidal feelings.

“The idea started in 2018 and was launched in 2020. Now we’ve incorporated it into a charity. It will always be free of charge, but equally we’re keen to bring in new ideas and investment. During those four years, we’ve realised that the Sidekick app has become a sidekick to our lives, which is wonderful.”

What advice does Halstead have for anybody who is struggling to cope from day to day? “My view is that you should be spending at least 15 minutes every day on yourself,” he says. “That doesn’t mean using the app, it means doing something for 15 minutes that is just for you. And I think that is a very healthy equation for life. To help you feel a little bit more positive.”

While Sidekick is providing a digital solution for mental wellbeing SAMH, the Scottish Association for Mental Health, has successfully delivered on a more analogue approach. The Changing Room was launched in 2018 to get groups of men, aged 30–64, into an environment where they would most  feel comfortable talking about mental health – their local football ground.

“You could say this is another example of the power of football,” says Christopher Nicolson, the Changing Room’s Project Manager. “For a lot of guys who are struggling with their mental health and going through tough times, it’s hard to access the right services or to simply put yourself out there to get support.

“The environment of a football stadium is really powerful. I’ve always felt that on a week-to-week basis a football match is the one space where a lot of guys let out any sort of emotion. So it makes sense that if the stadium is a place where men can express themselves, then the same can be said for a mental-health project set within a stadium.”

The Changing Room began life as a pilot project, hosted by Edinburgh’s rival clubs, Heart of Midlothian and Hibernian. It had support from Movember, which, in turn, helped SAMH take it nationwide.

“We’re now at the point where we partner with 24 clubs, although they are all at different stages in terms of their delivery,” says Nicolson. “We’ve been as far east as Aberdeen and as far west as Greenock Morton. Most clubs in Scotland have an associated charity partner that we work with to train their staff and deliver the course that we’ve developed.”

The Changing Room’s success prompted the Duke of Cambridge, a consistent mental-health advocate, to join one of the sessions on a visit to Scotland in May. “He spoke to a lot of the guys who have participated in the course,” says Nicolson. “We had a great, kind of roundtable moment where people were able to chat for half an hour or so about their experience of mental health.”

The Changing Room programme runs for 12 weeks. “We start with some quizzes about football, to get participants feeling comfortable,” Nicolson says. “Then they do a walk-and-talk around the pitch, which is a crucial stage in the process.

“This is the first time we’re saying to the guys: ‘Go and have a conversation about mental health.’ We also focus on stigma and discrimination, which we know is a huge issue when it comes to mental health – the stigma that people feel from others, but also internally within themselves. We’re learning that self-stigma is a big issue.”

Nicolson believes Scottish men’s traditional reluctance to talk about mental health partly explains why the male suicide rate in Scotland is almost double that of England.

“There’s that old-school mentality of not wanting to display any weakness, to think that we’ve got it all together, and to admit that you’re struggling is to admit there’s something wrong,” he says. “I think guys are starting to recognise that this is something that can affect anyone: ‘I don’t have to keep it all together, I don’t have to present this kind of macho image.’

“It’s not a weakness to struggle with your mental health. What we actually see is the strength to recognise that you’re struggling with it, and to seek support and help. But that’s one of the reasons, typically, why men have had issues with mental health, and also why suicide is higher among men. Suicide prevention has become a growing area of focus for us. We’ve got more staff in place to deal with that. We want to do more work though because it is a real issue.”

In 2021, Scottish males were roughly three times more likely to die by suicide than females. But the female suicide rate has increased since 2017. Nicolson adds: “We’ve secured some funding for a Changing Room with young women and we’re looking forward to developing our work in that area.” The need for such programmes, and apps like Sidekick, in helping to reduce suicides is likely to be heightened in the coming months as people struggle to cope with the cost-of-living crisis.

“We’re at quite a crucial stage as a nation, with the issues that many people are facing. Some may be forced into real poverty,” says Nicolson. “A lot of services and places out there that offer support are already overwhelmed. And that presents another challenge for the people who do reach out for support but are not able to access it.”

Although they deliver two very different approaches to mental health and suicide prevention, aimed at two largely different audiences, when asked what sort of feedback they get, both Halstead and Nicolson give the same answer.

By far the most common response has been: “If only this had been around when I was younger.” 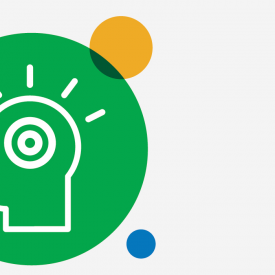 The Pledge signals a long-term commitment to the wellbeing of our Members, Students and colleagues.