The first thing you notice about Prometic’s Chief Operating Officer Bruce Pritchard CA is the size of his office, which takes up most of one end of the biotech company’s UK headquarters near Cambridge.

“Someone laughed when it was constructed and said that’s a big office,” he said. “What it is is a meeting room with a desk in the corner - I spend most of my time in meetings these days.”

Formerly Prometic's Chief Financial Officer, Bruce took on the Chief Operating Officer role three years ago, just as the company changed direction from being a supplier to the pharmaceutical industry to become a developer and manufacturer in its own right. Now Canadian-owned and listed, Prometic started life in the 1980s as a spin-out from Cambridge University, developing highly specialised chromatography filters for separating and purifying human proteins from blood plasma.

These proteins are now recognised as having great therapeutic potential, particularly in the treatment of rare and so-called 'orphan diseases' which are not currently well-served by the pharmaceutical industry. While it also has a more traditional small-molecule R&D pipeline, the development of plasma therapies will enable Prometic to deploy its own proprietary technologies in manufacturing them at scale.

You can’t think today about the capacity you need tomorrow. You have to have thought about it five years ago.

Prometic’s expansion has been rapid: when Bruce joined it had fewer than 100 employees, but the company has recently expanded fivefold, with major investments in R&D as well as in creating the commercial and physical infrastructure to bring its new products to market.

“You can’t think today about the capacity you need tomorrow. You have to have thought about it five years ago,” noted Bruce. “We’ve been working at this over the past couple of years. We have changed the structure of our finance function and our HR function, we’ve put in the ERP system: we’ve done all these things in advance.”

This breadth of scope is the appeal of the COO role, which at Prometic covers just about everything outside R&D itself, including legal and IP, marketing and business development, Admin, HR, manufacturing, supply chain and even finance reporting into the COO’s office.

“As a naturally curious and entrepreneurial CFO, I had already inserted myself into bits of the business that interested me,” Bruce said. “But initially a lot of what is going on in a biotech company is high science, and that’s not an area where a well-intentioned accountant can start dabbling and have any impact.”

I knew that when I qualified I wanted to work in industry. I engaged in the life sciences arena - and I’ve never left.

That all changed as Prometic began the journey from biotech company with research programmes to pharmaceutical company with a pipeline of actual products.

“Then you start getting into areas of business where a CA can understand the real nuts and bolts of the organisation. Building and plant and machinery, all the inputs and outputs: we get that.”

Business lessons in development and expansion

This 'sleeves rolled up' attitude goes back to the start of Bruce’s career: during initial training with Pannell Kerr Forster he was exposed to a wide range of companies, from PLCs to owner-managed businesses, and gained a taste for being out in the field.

“I knew that when I qualified I wanted to work in industry, and the opportunity came to join my biggest audit client at the time, which was a livestock disease research group,” Bruce said. “So that was me engaged in the life sciences arena - and I’ve never left.”

Subsequent moves saw him developing science and technology parks for academic spin-outs, then taking one such offshoot from the Medical Research Council (MRC) to a stock market listing. After working for a US pharma company looking to build a European arm he came to Prometic as CFO of the UK subsidiary with a remit to help float the company on the AIM market.

But that was 2008: the timing was not right, and after the AIM listing was abandoned Pritchard became group CFO.

“Those were some very challenging times from a financial perspective: I learned some very good lessons and made some good business contacts along the way,” he said. “One of the things I’ve learned in my professional life is that no matter where you are and what role you are in, some of your colleagues are always worth keeping in touch with, to the extent that now the chairman of the board is a former colleague of mine from the MRC spin-out.”

Building a bond with ICAS

At the same time, he has enjoyed a close and continuously high level of involvement with ICAS. He said: “It’s been huge throughout my career, and one of the reasons is because I chose to make it so.

"The year after I qualified I responded to an advert in The CA magazine looking for the first young members to join the ICAS Council – they realised that the demographic was changing and I was one of three young members who joined.”

Bruce spent seven years on the ICAS Council and then chaired the England and Wales Executive Committee for three years before returning for another six-year Council term.

“Given that I qualified in 1996, that’s a significant chunk of my professional career,” he said. “One of the key things that I enjoyed about my ICAS roles was that it put you out there with a lot of people you wouldn’t ordinarily get to mix with, and gave you the opportunity to learn how to interact and communicate with them.”

Communication has become a key issue as Prometic has expanded, not just externally but internally, and the company has recently been through an extensive exercise of defining its culture and values.

“As you grow it’s inevitable that you have to start educating more proactively on the culture and not just relying on it to be absorbed by osmosis,” Bruce explained. “There are lots of organisations out there who have the big, bold mission statement that’s printed on the toilet paper - that’s not us, it’s not about that. It’s about making sure that when you are part of this company you are part of something special and we want everyone to behave in those ways.”

For Bruce, being involved in a business “where you make profits from making very sick people get better” is what makes the human life sciences so appealing.

“Ultimately we are here to serve the shareholder, and if we can do that by bringing remedies to market that are both effective and cost-effective, that’s fantastic.” 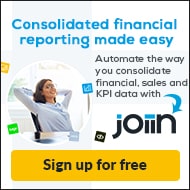