Meet the three CAs in motorsport

Motor racing packs more investment into a smaller space than almost any other sport. While most eyes are on the people and machines speeding round the circuit, we meet three CAs who help to keep the business on track.

This year marks the 70th anniversary of Formula 1. In 1950, the inaugural World Championship featured seven Grands Prix (six in Europe, one in America), whereas the 2020 title will be fought for over 22 races – including F1’s debut in Vietnam – across five different continents.

Recent years have seen motorsport enter a new era, with Bernie Ecclestone relinquishing power to Liberty Media coupled with the birth of Formula E, which has confounded the sceptics who dismissed fully electric car racing as a gimmick. But this decade promises even greater change, with F1 aiming to make itself carbon neutral by 2030, while also introducing new rules in 2021 that are widely viewed as the biggest step-change in car design since the 1980s.

Meanwhile, Formula E enters new territory, starting with the first London Grand Prix in May. Then there is the seemingly inexorable rise of esports – competitive video gaming – that is attracting younger demographics to F1. The CA speaks to three ICAS members who play integral roles in shaping the future of motorsport. They are the people who help to provide financial clarity in a business where the action increasingly feels like it moves as fast as any Formula 1 car.... 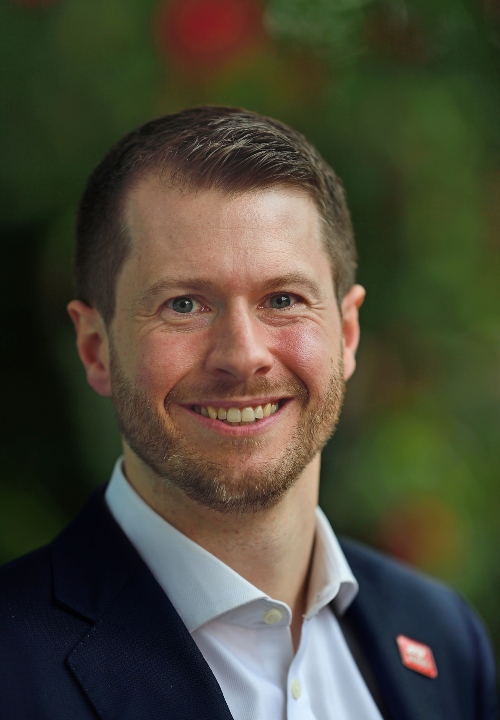 “For years, F1 was run by Bernie Ecclestone, who built an incredible business. But by 2017 it needed a new lease of life – it wasn’t really f t for purpose for the 21st century,” says Charles Minors CA who joined F1 a few months after Ecclestone sold out to Liberty.

For Minors, this was a unique opportunity to shape the future of a sport: “[F1 CEO] Chase Carey described it as being like a start-up and a turnaround at the same time. Th is was a global sport that didn’t have a marketing function, sponsorship or digital teams, or a central strategy. We didn’t have a presence on social media, which seems bonkers given it’s such a massive communications platform. To be able to come in and take a fresh look has been exciting and challenging.”

Seven years after becoming a CA, he says the experience provided him with a range of skills for his subsequent roles with EY and Barclays, prior to his joining F1. “You’ve got the technical accounting bits of becoming a CA, which I used earlier in my career,” he says. “But you also get breadth of business management skills, the ethics piece, being able to look at profit and loss and understand a company’s financial position. After three years of studying, I left ICAS feeling I could tackle any business situation.”

Minors recently created a five-year plan for F1 which, he says, “is about how we grow, as a sport both commercially and from a fan’s perspective. There will be larger corporate projects around how we grow in China. We might also think about how we change the sport to improve fan engagement. It could be new formats, such as a sprint race, like when cricket brought in T20.”

A more urgent challenge for F1 is how to make a sport based on high-powered cars more sustainable. “I’ve been working on that solidly for the last 15 months,” says Minors. “We’ve all got a responsibility to reduce our greenhouse gas emissions.

“But we’ve set out an ambitious strategy of netzero carbon by 2030. Th at has surprised some people who won’t see us as the ‘greenest’ sport, but we’ve an amazing story to tell. Our engine is a hybrid that’s over 50% thermally efficient whereas most road cars are 30%. F1 will work to develop sustainable fuels. We can be pioneers and be a showcase for the automotive industry.”

By way of example, he cites Sainsbury’s, which uses aerofoil technology developed by F1 in all its fridges and has improved efficiency by 15%. One criticism of the Ecclestone era is his lack of interest in the younger audience because, he said, they had no spending power. He didn’t understand social media. Liberty found a different way to engage with the under-25s.

“Esports is really interesting,” says Minors. “We had more than 109,000 entrants for qualifying this year and an esports simulator is not dissimilar to the one F1 drivers use. Three years ago, we wouldn’t have even looked at it.” 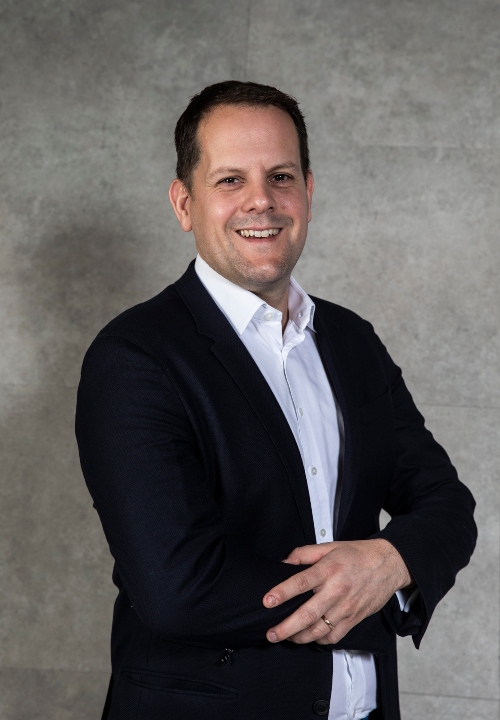 “We had two goals for 2019,” says Formula E Finance Director Rob Waddelow. “One was to hit £200m in revenue, the other was to break even.”

Figures published in September revealed that revenue had grown by 50% to $215m (£165m), producing a profit of just over $1m. Not bad for a sport that nearly went bankrupt shortly after launching in 2014.

“When I joined [in 2017] we wrote many different iterations of the long-term plan,” Waddelow says. “It wasn’t about how quickly we could reach a profit. It was about growing the sport, TV and social media viewership. We reached profit a year early. Speaking as an FD, that’s awesome! It is also a turning point.”

After doing his CA exams through PwC, Waddelow became financial controller for the Ryder Cup. “I went from being one of many accountants in a Big Four practice, where you have a technical help desk for all sorts of questions, to being one of two accountants. I needed ICAS because that was my way to tap into a help desk, so to speak. I reached out to them and they spoke about joining ICAS’ council. They wanted a younger representative. That was an amazing experience.”

Following spells at sports and marketing agency IMG, as well as Sky, Waddelow wanted to join “a smaller organisation doing big things”, as he had with the Ryder Cup. “I got a call from Formula E. They needed somebody to reshape its finance and procurement departments because it had just been bought by Liberty Media and Discovery Communications. The thing I love about being a CA is that I’m paid to give a true and fair opinion. Accountancy is a very ethical practice. I view it as being a CA first and working for Formula E second, which means I can be a point of neutrality.

“Finance is a support function, but one that can really add value. I got heavily involved in the deal for the London E-Prix. I had to take emotion out of it and simply ask myself, ‘Does it work?’ Fortunately, it is the right thing to do for the next five years.

“I wouldn’t have left Sky if I hadn’t seen the potential of Formula E. When I started uni, we didn’t have mobiles, but by the end of my first year, everyone had one. I think the same applies to electric cars. You see Audi taking their money out of the World Endurance Championship and putting it into Formula E. You saw Porsche getting in early, and Mercedes getting involved this season.

“We have strong backers and a huge sponsorship line-up. Every year gets more exciting, but quicker than I thought. It’s a constantly evolving role. We’ve had cities pull out in the past, which can have a huge impact. That makes it good fun because you come in and think ‘okay, what can we do to offset this?’

“A lot of people who joined us did so because we’re both a motor sport and a sustainable brand. But, first and foremost, we’re a sport.”

He acknowledges, though, that even for a forward-thinking sport such as Formula E, being both global and sustainable isn’t easy. “There are challenges because we fly our planes around the world, but to offset that we look to suppliers to come back to us and say, ‘Have you thought about using a train to take all your cars from Berlin to Seoul…?’ Take the London race, which will be held in ExCeL London. They didn’t have many electric car points. So, we’ve been working to get [principal sponsors] ABB to provide them around the locality.”

For all the excitement of motorsport, Waddelow says the high point was Finance being named Team of the Year in Formula E’s 2019 internal awards. “Finance teams rarely win.” 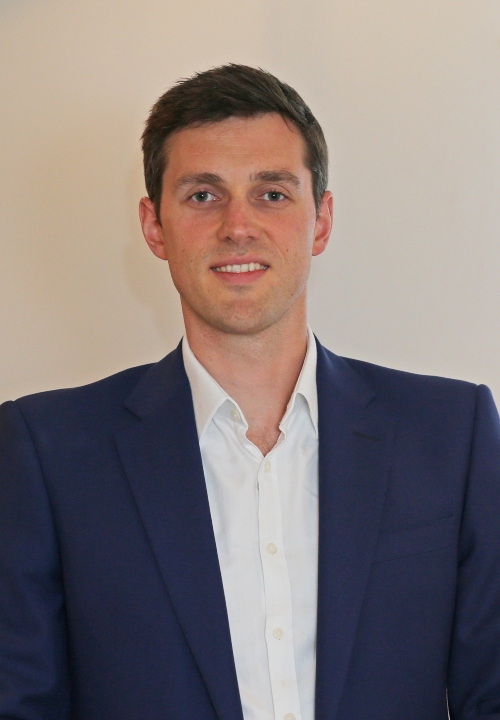 2021 is year zero for F1’s modern era. Changes to car design, new tyres and a cap on each team’s spend should create a more level playing field. In theory, it presents a huge opportunity for a team such as Williams, which cannot compete with Mercedes, Red Bull or Ferrari under the current rules.

The changes will play a big part in George Laughton’s life, given his remit includes “budgeting and planning for the next car and subsequent upgrade programmes; understanding the impact of new financial regulations on us as a business; and working with technical and operations teams, providing the financial and business intelligence for us to deploy our resources as efficiently as possible”.

Laughton first secured a year-long placement at Williams F1 managing a cost-reduction project after two years rowing for Team GB. He adds, “I’ve been passionate about motorsport for as long as I can remember, so working for Williams in my first proper job after rowing felt like a dream fulfilled. I still remember how excited I was bumping into Sir Frank Williams for the first time. After my placement ended, I decided to move into finance with a longer-term view of returning to the automotive and motorsport industry.”

He moved to EY, with a client portfolio which included automotive and motorsport firms, then Xtrac, which manufactures transmissions for every major motorsport. He returned to Williams in 2018.

“When I started at Williams the financial crisis had just hit, which reduced sponsorship as sponsors either cut budgets or pulled out completely. It polarised the grid between the large OEM [original equipment manufacturer]-funded teams and the smaller privateers.

“I’m painfully aware of the financial impact of every crash”

“Williams is now focused on developing partners for whom we can provide a tangible return on their sponsorship, rather than just corporate hospitality and advertising. Product life cycle is typically 18 months from a concept in the engineers’ heads to a car being wheeled into the museum, so our workloads are very dynamic.

“Motorsport is constantly evolving from a regulatory perspective. Change is normal, as is responding to external factors. That said, now more than ever there are external influences that F1, both the sport and individual teams, has had to respond to. We’re investing in initiatives to ensure we [improve sustainability], such as reducing the weight of our air freight.”

The rigorous nature of CA exams laid the foundation on which Laughton built his career, and also taught him the importance of time management and “getting it right first time’.

Even if he has to examine the business coolly and objectively, being part of an F1 team means every Grand Prix is a hair-raising ride.

“I’m painfully aware of the financial and operational impact of every crash and bit of damage to the cars, as well as the benefits the team can enjoy when we do well in the Constructors’ Championship,” he says.

“It has been a difficult couple of seasons for us, but you can feel the collective determination to get the team back up the grid – which makes it exciting to arrive at the factory each morning.”