Bruce Cartwright CA, the former PwC Partner and Head of Corporate Restructuring, Scotland, has assumed his new role as the Chief Executive of ICAS, one of the world’s leading global professional bodies for Chartered Accountants.

Bruce had been working as Executive Director of Policy Leadership at ICAS since May last year.

“I am hugely privileged to become the Chief Executive of the world’s first professional body of Chartered Accountants and look forward to building on the successes of recent years to deliver on our vision of making ICAS the leading global professional community,” commented Bruce.

ICAS President, Sir Brian Souter CA, said: “Bruce’s appointment is a strong signal of the continuing ambition of ICAS to build on our established reputation both globally and in our historic heartlands in Scotland.” 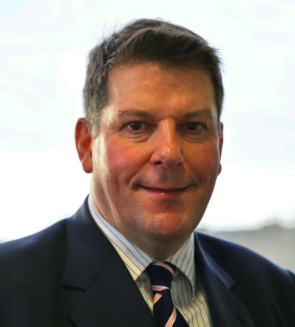 The membership of ICAS has grown significantly over the last 10 years and the Institute now represents more than 21,000 Chartered Accountants in more than 100 countries around the world.

"As Chief Executive of ICAS, my role is to ensure that we remain as relevant and leading in the future as we have been in the past.”

Bruce qualified as a Chartered Accountant in 1989. Following an initial period in the Assurance practice he spent the vast majority of his professional career in PwC’s restructuring team.

Primarily working across the UK, he also worked in Malaysia, Central Europe and Denmark.

I intend to focus upon our partnerships within the global accountancy profession; grow the membership; and build on the strength of our communities.

Secondments to Royal Bank of Scotland and Carnaud Metal Box were undertaken during his time at PwC. Bruce has worked across a diverse range of industries including the insurance and property sectors, manufacturing and agri-businesses.

He is an experienced ICAS committee member, having chaired the Insolvency Committee, Technical Committee and played a leading role in key ICAS initiatives in recent years.

As Chief Executive Officer, Bruce will advance ICAS as a modern, leading and virtual professional body.

Commenting on his new position, Bruce said: “As a CA, ICAS is close to my heart. I intend to focus upon our partnerships within the global accountancy profession; grow the membership; and build on the strength of our communities wherever our members are in the world.”

One of Bruce's first acts upon assuming the role is to launch Challenging Conversations, a thought-leadership initiative which aims to  create a platform for debate among CAs, with industry and policymakers, on the 'big issues' facing society.

Bruce succeeded Anton Colella who left after almost 11 years at the helm of ICAS.