2001: Joins PwC as Associate in Assurance

The Queen’s Commonwealth Trust is empowering young people across the globe to bring about social change. Its COO, Chris Kelly CA, explains its aims and the values that have informed his journey to Kitty Finstad

Respect. Responsiveness. Integrity. Optimism. Collaboration. When you’re working with the next generation of leaders, these are values that inspire commitment. Th ey are the guiding principles behind the Queen’s Commonwealth Trust (QCT) and its vision of a world where young people are equal partners in driving change.

Founded in 2016, the QCT champions, funds and connects young change makers across the 54 Commonwealth countries. Lasting social change is the outcome, with empowerment, equality and leadership its agents. Supporting, promoting and working alongside young activists, community leaders, artists and campaigners, the trust reaches more than 42 million individuals with its content and resources from a base of around 80,000 highly connected followers. Its President, the Duke of Sussex – still involved despite recent developments – describes the under30s, who comprise 60% of the Commonwealth’s 2.4 billion population, as “the most optimistic, connected generation the world has ever known”.

This extraordinary potential resonated with Chris Kelly CA. Now its COO, Kelly has form in third-sector development. With two friends, he set up Development Nepal around 20 years ago: “I went there for four or five months during a gap year and we set up a year later. It’s still a totally grassroots organisation, I’m still a trustee and I go back every year. I speak Nepali, and every week I’m on the phone to the team on the ground. It’s still very much part of my life.”

Starting at PwC in London, Kelly, like many straight out of university, cut his teeth on the graduate programme but unlike some of his contemporaries, he knew early on what he wanted to focus on. “I’ve always been very clear about my longer-term objectives being purpose-driven,” he says. “Th at’s my driver. I’m very capable with numbers, but I get no joy from doing accounts or audit. My friends used to challenge me: ‘Why have you joined one of the Big Four when we know it’s not you?’

“But for me it was about getting UK public-sector reform experience, and also about going overseas. I’ve always had the view you can’t just start out as a consultant – you have to acquire some skillsets first. So would it be law, accountancy or HR? Which will give me the best skillset? Finance seemed an obvious choice and I was comfortable with it. Then I did a master’s degree in governance and international development.”

During his eight years at PwC, Kelly became involved in organisational development work with, among other clients, NHS leadership boards concerned with patient safety issues: “All stuff that would be focused on public-sector reform.” Skillsets firmly in place, he fixed his sights on on-the-ground international development work. A role in east Africa with KPMG, where he spent the better part of a decade, became his next challenge.

“I was based in Nairobi, which is a hub for much of the international development sector,” Kelly explains. “Nepal, although a big pull for me, was actually too small for me to work in professionally. I looked into various regions in the developing world – west Africa, southern Africa, south-east Asia, South America – and there were lots of good reasons to choose east Africa. I’d also done some research for my master’s in Uganda. I knocked on some doors, KPMG was interested and that was it.

“Overall, KPMG had around a thousand people across east Africa – Tanzania, Rwanda, Ethiopia, Kenya, Uganda – but some people didn’t really understand the scale of the region. Clients would be asking you to go to Ghana for the day, not realising that it’s not really just next door!

“But we made it work, and the growth while I was there was immense. We were probably around 20–25 people in the international development advisory team when I started. We took that to around 180 by the time I left. I couldn’t recruit people quickly enough. I was headhunting every person at a manager grade who had the right value set and had Big Four experience – I could name every one of them! But I wasn’t just looking for managers – it was the ones who were really interested in public-sector reform and international development and who also had shared values and work ethics. I also majored on the fact that all our team were chartered accountants – not just CAs but ACCAs as well. That brought both credibility and diligence. It meant that I was absolutely confident that my team would deliver work to the level that I expect – assurance to me and assurance to clients.”

Family commitments meant Kelly and his wife returning to London after five years in east Africa, though he continued his role with KPMG remotely while she took up a directorship at PwC. “I would still fly to Tanzania or Kenya periodically and I tried to maintain a better work-life balance from London,” he says. “It wasn’t always easy, but I had the client relationships and I love building teams – I get a lot of energy from that.

“Although I could keep winning work and delivering from London, I couldn’t wait to get back to my week on the ground in Tanzania every four or five weeks. There’s really no substitute for that personal connection.”

After five years of travel between UK and east Africa, Kelly made the decision to start looking for a role that was based permanently in London. That’s when he learned of the nascent QCT, at the time still not much more than a start-up.

“I knew it was the right thing – being able to work with young people and really make a difference,” he says. “Pretty much all my other charity work, including Development Nepal and Bristol Volunteers for Development Abroad, was about providing opportunities for young people. So the QCT role appealed – it was small, it was new and I wouldn’t just be picking up someone else’s mantle. It was about creating something from the ground up, growing it and being in a position where I could personally make much more of an impact.”

The trust’s high-profile patron, President and VicePresident – the Queen and the Duke and Duchess of Sussex – also appealed to Kelly’s ambitions for growing the organisation: “We don’t need to fight for media coverage, so we can hit above our weight in terms of raising awareness and, in turn, attracting funding.”

Beyond funding, the QCT provides wraparound support for the young people it works with. “It’s very much about working with founders, not projects,” says Kelly. “It’s about finding the next leaders and social entrepreneurs and developing relationships with them as they realise a campaign, an initiative or a project. I’ve drawn a lot from my time on the ground in and across east Africa – seeing donors or funders come in with financial investment but not offering the technical assistance to really make a difference. How do you help young founders to develop what they’re doing? You need to be forensic about all the support beyond finances – technical, advisory, practical, emotional, educational.”

One such success story is GirlDreamer, described as an empowerment platform for the next generation of women of colour. Its Boarders Without Borders initiative champions social inclusion in sport – specifically longboarding. In co-founders Kiran Kaur and Amna Akhtar, QCT has backed women Kelly describes as “inspirational, relatable role models”. Over two years, Kaur and Akhtar have assembled two crews of 30 young women, making longboarding accessible to them. They’ve produced a short documentary about the project and the initiative was named Sport England Community Sports Project of the Year 2019. QCT provides support with GirlDreamer’s business strategy, which focuses on leadership and empowerment programmes. The organisation has a target of introducing 220 women of colour to adventure sports – including surfing and snowboarding – by the end of this year.

More recently, QCT has funded a number of community-led initiatives relating directly to COVID-19 through emergency grants. This programme includes inspirational videos from young leaders and webinars (on social media and the trust’s own resources hub) to support topics such as mental health and digital agility – tools for connection, solidarity and resilience that can have an impact. Kelly’s next task is to implement the impact framework he and his team have been working on as QCT has evolved over its first two years. “Knowing the impact of what we do is more important than finances,” says Kelly. “It’s about individuals, organisations, communities – and wider societal change. It’s about the ability of young people to be engaged – and to be seen by society to be engaged. That’s what increases awareness, knowledge and the motivation to take action. Ultimately we want to shift the way people think about things.” 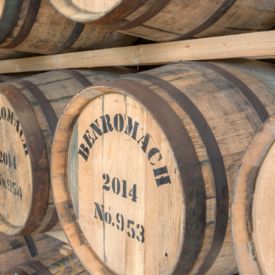 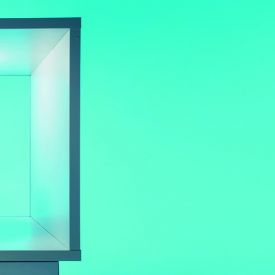 Connectivity is the key to recovery