When Andrew Demery CA left the UK for Australia, he set a new path for his life and career. Rachel Ingram speaks to the BikeExchange CFO about the transition from practice to industry and expat life.

I’ve always been a glutton for punishment,” Andrew Demery CA jests, looking back at the decisions that took him from Tamworth near Birmingham to Melbourne, Australia, where he’s been responsible for listing BikeExchange during the pandemic.

Demery fell into finance by chance. At university, while studying physics – “because it seemed hard and interesting” – he developed a passion for numbers and, after being approached by graduate recruiters, accepted a training contract at PwC in 2001. “It was an interesting time,” he says. “Arthur Andersen collapsed within the first three months of working there – I joined the Big Five, and by Christmas it was the Big Four.”

He would stay at PwC for 13 years, working through further challenges including the dot-com crash and the credit crunch, first in London, where he spent eight years, and then in St Albans. Then came the opportunity for a sideways step to Melbourne with the company. For Demery and his wife, living abroad had been a life ambition, so they jumped at the chance. “We’d wanted to go overseas as soon as we could,” he says. “We ended up coming on a classic Australian secondment where two years became three, then we got permanent residencies, then our passports, and then our children arrived. So now Australia is home.”

Coming from the UK, where he specialised mostly in assurance, Demery noticed a lag between the industry in Australia and back home. He was able to use his experience to help more junior members of the team progress and ramp up the level of complexity in his department. “Australia is a few years behind the UK in corporate governance and sophistication about certain things, so it was helpful to bring this knowledge,” he says.

Over time, he transitioned into a new role, becoming the lead in financial assurance, data assurance and assurance transformation. During this period, one of his clients was carsales.com, a new and used car marketplace. When its then-CFO moved into a COO role in 2014, Demery was asked to fill his place. “I didn’t see myself as CFO of a business, but I said yes because I like a challenge and I figured: what’s the worst that could happen?” he says. “It was a growing business with a good energy and really nice people. Culturally, I knew it would be a fit because I’d already worked with them for four years.”

Transitioning into industry and taking on his first CFO position was “a huge learning curve”, Demery says. “Coming in at a senior level was a challenge in some respects. The business had grown over 18 years and there were people who’d been in the team for 10 years and joined when it was 40 people – now there were 400. The business had different needs and we overhauled a lot.”

What surprised him most about working in industry for the first time was how important it is to ask why. “‘Why?’ is the standard audit question, but it becomes even more valuable in an industry context. So why is that number what it is? Or why do we think that’s a good thing to do? Carsales.com prides itself on innovation, and it was really good at that, but part of the challenge was ensuring we weren’t just doing innovation for innovation’s sake.”

In 2019, following family health problems – happily, now overcome – he opted for a career break to spend more time with his wife and children. He left carsales.com that December, planning to travel Australia for the first part of 2020, then do the same internationally. But fate had other plans. The Australian wildfires cut their first trip short – “one place we stayed in burnt to the ground four days after we left” – and the second was scotched before it began due to the escalation of the pandemic.

By the summer, it was clear that borders would remain closed for the foreseeable future, so Demery turned his attention to a new career challenge. He was approached by the owner of BikeExchange, an online retailer of used and new bicycles. Founded in Melbourne in 2007, BikeExchange had grown into a global business spanning eight countries and the team’s next step was an IPO. What started as a three-month project to lead the firm’s stock market listing soon transitioned into a permanent CFO role.

“I hadn’t done an IPO from the listing company side before, so I figured, why not give it a go?” Demery says. “We spent a lot of time defining what was important in the past and mapping what’s going to be important in the future, so there’s an element of budgeting and forecasting. We also made sure that the messages lined up across all parts of the company, which brought us back to the ‘why’ question. Why is someone going to want to buy a bike through this platform? Where are the gaps and how are we going to fill then? Part of our job was pulling all that together.”

In the end, thanks in part to a boom in demand for bikes during lockdown, they were oversubscribed and “got it across the line at the price we wanted to”. He adds: “Now begins the tricky bit – delivering on what we promised.”

One of the first things Demery noticed in Australia was the importance that employees place on work-life balance. “The work hard, play hard, ethos is important,” he says, noting that the local idea of “play” differs from the UK’s. “Everyone will know at least one person who loves surfing or cycling up and down the coast,” he explains, adding that when offices close on a Friday in Melbourne, most people clock off to be with their family, rather than head to the pub.

The weather remains a major perk of Melbourne life. “It’s always five degrees warmer than the UK, and that five degrees makes a difference,” he says. “We haven’t had snow in Melbourne since 1985 and I’ve never had to scrape ice off the car window. We’re five minutes from the beach, getting around the city is easy and the coffee is genuinely, absolutely fantastic.”

The distance to the UK (around 10,500 miles) presents one major challenge, made doubly difficult during the pandemic because Demery and his wife have been unable to visit their parents back home. But as their family grows in Australia – they have two children, aged six and two – Demery is confident that staying has been the right decision. And while he’ll “never say never”, his home is very much down under for the foreseeable future.

Asked if he’d encourage fellow CAs to live abroad, Demery says: “Putting Covid to one side, yes, absolutely. I’m not a great risk taker, but what’s the worst that can happen from having a go at something different? You can churn your way through your career, working your way up the ladder doing something you know you can do – but when you get the opportunity to try something new you can make your own experience.” 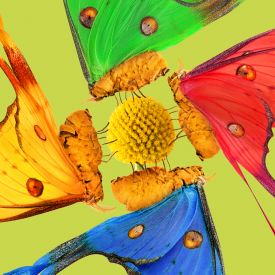