Popstars, the drinks industry, disruptive start-ups. Pensions may not be the most obvious next step, but Aileen Mathieson has always made bold decisions.

Aileen Mathieson has perhaps not had the most traditional career path for someone so senior in financial services.

She started out in the pop scene at EMI Music after which she worked in a number of senior finance roles in drinks industry giant Diageo.

In 2007 she moved into financial services and after three years at Standard Life she took a risk and moved to Nucleus – although now listed on AIM and with assets under management of over £14bn, it was then a relatively unknown start-up.

I have mainly worked in divisions of multinational companies, and what I really wanted was to stand on my own two feet without the benefit of having a group safety blanket.

“A lot of people thought it was high risk to move from Standard Life to Nucleus because it was independent, didn’t have a big parent company, was loss-making… but it was interesting.

“Throughout my career, I have mainly worked in divisions of multinational companies, and what I really wanted was to stand on my own two feet without the benefit of having a group safety blanket,” said Aileen.

Under Aileen’s leadership, Nucleus became profitable. She grew their billion worth of assets on the platform and capitalized the business. Four years into the role she was approached by insurance, savings and pensions provider Zurich to run their investment function. It was an opportunity she couldn’t pass up.

Zurich wanted to adopt a more entrepreneurial approach to product development and innovation in the life and savings space, which is why they wanted Aileen on board:

“My experience in retail platforms had been very dynamic, fast-growing, and change driven. Zurich wanted that perspective and also to make sure we were really focused on the customer.”

Almost four years later and Aileen has transformed Zurich’s investment function. “It was predominantly about managing the balance sheet of the life company but also with a significant focus on the unit linked investment solutions. There was also a focus on reviewing the operational aspects and governance aspects of the investment management around fund accounting, unit pricing, and so on. 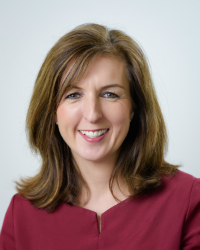 “Now it is much more innovative in terms of some of the solutions we create for our customers,” she explains.

Aileen’s role focuses on two key areas: the legacy book, which makes up about £22bn of Zurich’s assets; and the retail platform which comprises £9bn of assets. The team also continues to provide investment services to Scottish Widows following the sale of Zurich’s Corporate Platform in 2018.

Developing investment solutions for retail and corporate pension customers pre- and post-retirement is an area of the business that fascinates Aileen:

“The corporate pension space is really interesting in terms of trying to provide solutions for schemes that cover a whole workforce – which could be 100 - 1000s of people – at varying different income levels and at different stages in their life in terms of approaching retirement to retiring.”

Equally challenging is developing solutions for retail investors approaching retirement. One of the biggest challenges for Zurich, and many pension providers, is how to engage customers with their pensions.

The gap between retirement aspirations and reality

“We think retirement is so far off and there's so many things that can change before you get there, but ultimately, a lot of decisions about retirement planning have to be made 10-20 years in advance,” observes Aileen.

There is a lot happening in pensions right now: auto-enrolment contributions are increasing, and as the baby boomers start to retire, more are making using of the pensions freedoms and choosing drawdown.

“Even though people are in auto-enrolment, they still have to worry about having enough money in retirement. Often there will be a gap between what auto-enrolment can provide and people’s aspirations in terms of the type of retirement they want to have.”

“As auto-enrolment contribution levels increase, I think there will be more focus from savers on what's going on with their pension as their take-home pay will be impacted. How that then plays through in terms of customer behaviours and how they think about their retirement, will be interesting.”

Technology will play an essential role in connecting with savers, Aileen explains, as will changes being brought in by Open Banking:

“The problem with sending a statement to policyholders is that it's a snapshot in time, whereas if you have that information in an App on your phone, you'll engage with it a lot more as it’s real-time information. That in itself should start to generate more interest.”

Once people go into drawdown, a lot of them take the same amount every month. If you keep taking it out and the market's going down, you might be thinking you're taking 10% out, but you're actually taking 20%, and then that magnifies itself.”

A recent survey from Zurich focused on people in drawdown since the pension freedoms took effect. Aileen explains that there were some surprising takeaways.

First, a significant number of people will go into drawdown and not take financial advice even though it's the first time they've had to manage investments.

“Once people go into drawdown, a lot of them will just take the same amount every month, regardless of how their underlying investments are performing.

“How sustainable is that? If you keep taking it out and the market's going down, you might be thinking you're taking 10% out, but you're actually taking 20%, and then that magnifies itself.”

Despite evidence that life expectancy is now mid to late-80s, people still think they're not going to live beyond their early 80s because they think about the age their parents reached.

Second, there's a gender gap in drawdown: “When we looked at the averages across the populations, the average woman in our study was going to have a pension income of £47,000 less than their male equivalent.”

Third, even though the evidence proves that life expectancy is now mid to late-80s people are not taking this into account.

“When we're talking about annuity-type products, people still think they're not going to live beyond their early 80s because they think about the age their parents reached.”

The results have also prompted Zurich to re-think how they engage with women and men. Communicating clearly with policy holders is essential.

Aileen doesn’t let the enduring challenges facing pensions get her down. “I really enjoy the challenges and opportunities I have to develop solutions for our customers,” she says. “I've got to look after customers that have been with the company for 30 years and customers that joined us yesterday, and their needs are all different and evolving.”

Since the interview was conducted Aileen has left her role at Zurich.

Pensions engagement and the potential of technology to improve interest among customers are some of the issues that have been tackled as part of ICAS Challenging Conversation on pensions. In an article Gregg McClymont, explains that engagement may not necessarily lead to better retirement outcomes, while PensionBee’s Clare Reilly discusses the transformative impact technology could have at the Big Pension Debate.