Will an 'Amazon Tax' be introduced in the Autumn Budget?

As preparations seem underway to change the UK’s approach to taxing the digital economy, Donald Drysdale examines some current thinking on this topic.

At a conference presented jointly on 9 July by the European Tax Policy Forum (ETPF) and the Institute for Fiscal Studies (IFS), the programme included some thought-provoking talks on the basis of international corporate tax.

One of the conference papers, a policy paper by Michael Devereux and John Vella of the Oxford University Centre for Business Taxation, examines the principle that corporate profits are taxed where value is created. This is widely accepted by the OECD (in its BEPS project), the European Commission, many governments including that of the UK, and a number of multinational enterprises.

It is not always clear where value is created by a business. For example, is it where employees are located, where sales are concluded, where production takes place, where management is exercised, or where capital is raised?

Devereux and Vella consider options available for taxing multinational enterprises. Among these they make a strong conceptual case for taxing them where their ultimate shareholders or customers are located, since the relative immobility of these groups could remove many existing tax-reduction incentives.

Their paper examines the value creation principle as understood conceptually by its supporters, and highlights practical difficulties encountered in its application. These include problems arising from partial adoption where the principle has been superimposed on pre-existing international tax rules.

The paper concludes that attempts to tax profits where value is created are likely to prove distortive and unstable. If the principle is to be adhered to, the allocation of value created to particular taxing jurisdictions is likely to be administratively difficult and costly.

Slides which accompanied the conference presentation have been published here.

In its updated position paper in March on Corporate tax and the digital economy, HM Treasury acknowledges:

“The international tax framework is based on a principle that the profits of a business should be taxed in the countries in which it creates value. The UK continues to support that principle. It believes that a country should be entitled to tax the profits of a business that result from activities, human enterprise and innovation that take place within its jurisdiction, irrespective of where the business’s goods and services are ultimately sold.”

This position paper explains that some digital business models have challenged the established understanding of how and where companies create value. It draws particular attention to business models for which value creation is partly reliant on the engagement and participation of users.

Such ‘user participation’ in a non-traditional value chain may include supply-side functions that would traditionally have been undertaken by the business itself. Functions such as the generation of content by users, the depth of user engagement with the online platforms, economies and improvements in user experience resulting from network scale, and users’ contribution to brand strength and reputation.

The Government differentiates between 'users' and 'customers' and does not expect the role of customers within those businesses to change to an extent that leads to a similar blurring of production and consumption boundaries.

It advocates reform of the international corporate tax framework to reflect the value of user participation. In the absence of such reform it sees a need to consider interim measures such as revenue-based taxes, and its position paper explores the scope and design of an interim measure and the steps that could be taken to ensure that it is well-targeted and protects start-ups and growth companies.

In another policy paper presented at the ETPF/IFS conference on 9 July, Johannes Becker of the University of Münster makes some valuable observations on the challenges the digital economy presents for the international tax system. Among these are the seeming unfairness perceived by some, that data of great value to online platforms brings no direct return to the users.

The value of data

On 2 August, HM Treasury published a discussion paper (though not a formal consultation) on The economic value of data. This observes that for certain digital businesses the supply of data forms an important part (though not necessarily all) of the value created by user participation and engagement.

This discussion paper identifies data-driven innovation as key to addressing some of Britain’s most significant challenges. It claims that the UK’s strengths in cutting-edge research and the intangible economy make it well-placed to be a world leader, and quotes estimates suggesting that data-driven technologies will contribute over £60 billion a year to the UK economy by 2020.

There are of course serious public concerns about the way data, particularly personal data, can be collected, processed and shared with third parties. Issues the Government must address include providing clarity around ownership and control of data; maintaining a strong, trusted data protection framework; making effective use of public sector data; driving interoperability and standards; and enabling safe, legal and appropriate data sharing.

The Government believes that new data processing technologies create scope for unlocking insights from data assets, enhancing output and productivity and improving well-being. It sees economic and social value in policies which ensure that those companies who want to engage in data-driven innovation have appropriate access to high-quality and well-maintained data from across the economy.

In recent weeks, Chancellor Philip Hammond has said that the Government wants to ensure that the high street remains resilient and that tax is fair between traditional businesses and those operating online. This would require renegotiation of international tax treaties because many large online businesses are multinational companies.

Hammond explained that the European Union has been talking about taxing online platform businesses based on value created, and he said that the UK would be prepared to consider this.

Given the time it would take to achieve a pan-European or international solution, there is now speculation that the UK will introduce a more immediate answer – popularly dubbed an ‘Amazon tax’ (and not to be confused with diverted profits tax, introduced in 2015, which was nicknamed the ‘Google tax’).

Will the Chancellor’s Autumn Budget bring forward an Amazon tax, based on value created? And if so, will it include proposals for measuring value creation that will be workable in an international business context? 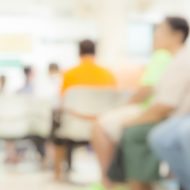