By this stage, most people would call in their tax adviser.

Back in 1984, the definition of ‘catering’ was extended to hot takeaway food and drink, so bringing them within standard rate for VAT. Only cold takeaway food could continue to be zero rated for VAT. So far, so good – all hot food is ‘catering’.

But by 2011, a German VAT case challenged the position (Finanzamt Burgdorf v Bog). What about food supplied hot simply because it had just been cooked, like takeaway sausage and chips?

While trying to distance itself from the German situation, Finance Act 2012 followed by clarifying the definition of hot takeaway food. ‘Hot food’ was defined as food which is hot when provided to the customer, and:

‘Hot’ is defined as ‘above ambient air temperature’ and ‘kept hot’ included re-heating or slowing down the cooling process.

The owners of Pegasus would have done well to add VATA 1994 and VAT Notice 709/1: catering and take-away food to their bedtime reading list.

There are two definitions of critical relevance to them:

This latter point was considered in the Deliverance Ltd case (Deliverance Ltd v Revenue and Customs Commissioners [2011] UKUT 58 (TCC)). Here the business owners successfully argued that the food was heated in order to comply with health and safety rules and not in order for the customer to consume it hot.

In the case of Pegasus, food prepared each morning was cooled to around 19-20°C. It was then put in large catering dishes – gastronorms - which were stored in a water-bath (the bain-marie) until it was sold later in the day.

The business owners avowed that their food does not taste good hot and that the bain-marie was not to keep the food hot. Was it then to comply with health and safety rules?

Is it a good idea to claim exemption from the food safety regulations?

Again, the owners were clear: food safety regulations require storage of hot food at 63°C or above, but this would spoil the food, so their bain-marie were heated to just 56°C and they were exempted from the full force of the regulations by the “hot holding defences” (which include an exemption for food on display for sale for a period of less than two hours).

But remember Deliverance Ltd - is it a good idea to claim exemption from the food safety regulations?

As the Tribunal pointed out ‘it is a matter of basic physics that heat will be exchanged between the water in the bain-marie, which is maintained at a constant 56C, and the food which is in a gastronorm that enters the bain-marie at the ambient temperature such that the food will be heated as a result of being placed in the bain-marie’.

Basic physics means that the first leg of the VAT test towards standard rating has been met.

Furthermore, was there not an inherent conflict in the owner’s submission? The business owner considered that food kept in the bain-marie at 63° would become dry and tasteless. So, the bain-marie must heat the food.

Basic physics means that the first leg of the VAT test towards standard rating has been met: the food was being supplied ‘hot’ – having been heated by the bain-marie to a temperature above the ambient room temperature where it was sold.

By asserting that they were not complying with food safety requirements, the business owners unfortunately closed another escape route from standard rating.

The business had zero rated its sale of food since the commencement of trading.

The business had zero rated its sale of food since the commencement of trading. The result is a large VAT bill. Some cold food, such as salads, were sold alongside the ‘hot’ food, but the business had not separated these details at point of sale.

What tax guidance do you need? 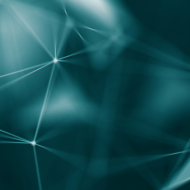 Is employee fraud affecting your clients - and what can you do about it?