The self assessment season is now well under way. HMRC has provided responses to professional body queries about question 20 on the Trust and Estate Tax return, trust and estate closures and the Trust Registration Service (TRS). HMRC has also issued briefings about additional nudge letters being issued in November and December – and a briefing about a potential issue with the reporting of entrepreneurs’ relief claims on SA returns.

Completion of question 20.1 of the Trust and Estate Tax Return (SA900)

In the Trusts & Estates newsletter in August 2020 HMRC included an update on completing Question 20 on the SA900 return:

“As the facility to update details or declare no changes is now available on Trust Registration Service, you should use the online service instead of telling HMRC of any changes, or confirming that there are none, by letter or by making a note on the return. Tick box 20.1 on the return to confirm that you have provided the updated details or that you have confirmed on Trust Registration Service that there have been no changes. The previous advice in the December 2018 edition of this newsletter that box 20.1 can be left blank no longer applies.

You should not send a letter to HMRC, or make a note on the white space in the SA900 tax return, to give details of changes or confirm that there are no changes to the trust details."

Unfortunately, by this time some returns would already have been filed on the basis of the advice in the December 2018 newsletter. Due to extensive problems with the digital handshake process required to authorise agents (and the impact of Covid-19) it also seems likely that some agents will be unable to update TRS in time. Professional bodies therefore asked HMRC to clarify what its approach would be where trustees and agents have not ticked box 20 or updated TRS before the 31 January deadline. HMRC’s response was:

“HMRC recognises that this is the first year in which trustees have been able to meet their obligations to keep the trust register updated. As explained in the August 2020 Trust and Estate Newsletter, trustees and agents should ensure that box 20.1 on the SA900 return reflects whether the register has been updated or if a ‘no change’ declaration has been made at the time the return is submitted. However, HMRC will not automatically charge penalties if the box has not been ticked and the register was not updated before the 31 January deadline. Instead we will take a pragmatic approach to charging penalties, particularly where it is clear that trustees or agents have made every effort to meet their obligations.

Trustees and agents do not need to submit an amended return if they have updated the register, or made a ‘no change’ declaration, after the original return was submitted and the only change to the information on the original return is a tick in box 20.1.”

Notifying the closure of estates and trusts

Professional bodies also raised a number of queries with HMRC about notifying the closure of estates and trusts.

For estates HMRC was asked whether the TRS had to be used to notify HMRC that a registered estate had been wound up. It was not clear whether agents and personal representatives (PRs) had to use TRS if they had already notified HMRC that an estate had closed either by letter or by indicating the closure on the self-assessment return. HMRC clarified the position as follows:

“The requirement to update details on TRS applies only to taxable ‘relevant’ trusts which are registered for the purposes of the 4th Money Laundering Directorate. The requirement does not extend to estates, which are registered to obtain a UTR for SA purposes. HMRC would prefer PRs and agents to use TRS to notify the closure of a registered estate but there is no obligation to do so. Notification can be made by letter or via a SA return if that is more convenient.

For registered estates where a closure notification has already been made by letter or in a SA return, HMRC does not expect PRs or agents to go back and update TRS as this will be done by HMRC staff.

TRS should be used to notify HMRC that the name or address of a PR has changed.”

This response prompted further queries about whether TRS has to be used to notify HMRC about the closure of any type of trust, and the position if the closure had already been notified by other means such as a letter or in a return. HMRC’s response was:

“Trustees of taxable ‘relevant’ trusts, which are registered on the Trust Registration Service (TRS) for the purposes of the 4th Money Laundering Directive, are required to update the trust’s details and ‘close’ the trust on TRS when it has come to an end. This requirement does not extend to other types of taxable trusts, such as statutory trusts, which are registered on TRS purely to obtain a UTR for SA purposes. As for registered estates, HMRC would prefer trustees and agents to use TRS to notify the closure of such registered trusts but there is no obligation to do so. Notification can be made by letter or via a SA return if that is more convenient.

For registered trusts where a closure notification has already been made by letter or in a SA return, HMRC does not expect trustees or agents to go back and update TRS as this will be done by HMRC staff.”

Subsequently, HMRC provided further clarification about whether there was a cut-off date for the last point relating to registered trusts:

“Following our message about whether TRS should be used to notify closure of a trust, HMRC has been asked whether a cut-off date will apply.

For any registered trust which ceased prior to 28 August 2020, the agent/trustee should use TRS to note the closure, but this is not obligatory. Notification can be made by a letter, or in a return, if that is more convenient.

HMRC has identified returns where it appears that claims to ER have been submitted using the code ‘INV’ with gains showing in Box 49. HMRC notes that the reasons for this vary but there may be issues with some software packages used to file returns.

If a return has already been filed that includes an ER claim HMRC advises that it should be checked to ensure that the correct code and box has been used. Any errors can be corrected by making an amendment and including a short note to explain the change.

For any future claims, agents should ensure that software is up-to-date and that any claims are made using the correct 3-letter code and box.

A previous article highlighted HMRC briefings about nudge letters HMRC planned to issue in October and November. These are letters to taxpayers (and/or their agents) where HMRC thinks there may be something wrong with their returns – and wants to ‘nudge’ them to check and take appropriate action where necessary.

HMRC has subsequently issued briefings on additional nudge letters being issued in November and December:

Letters to agents (or direct to unrepresented taxpayers) where taxpayers were not previously domiciled in the UK under common law and have become deemed UK domiciled for tax purposes under the new legislation introduced in Finance Act 2017.
The letters explain that impacted taxpayers are now taxed on the arising basis and give a reminder that they need to declare all worldwide income and gains on their UK tax returns unless they have a specific exemption from doing so.

Following feedback from ICAS, ICAEW and CIOT, HMRC issued a clarification about this letter.  One line in the letter said, “If they are deemed UK domiciled ensure they complete boxes 23, 23.1, 23.2, 23.3 of the SA 109 ‘Residence, remittance pages etc’ supplementary pages.”
This caused concern for agents and generated calls to HMRC, where returns had been filed in line with HMRC’s notes to the SA 109 which say that that question 23 should only be answered if the foreign domicile position impacts on the Income Tax or CGT liability and that questions 23.1 to 40 only need to be answered if there is an entry in box 23.

HMRC’s clarification reads:
“The change from Remittance Basis to Deemed UK Domicile is a major life event. To ensure the correct treatment for tax purposes, and for our clarity when reviewing tax returns, we invite customers to complete boxes 23 to 23.3. This will assist us to ensure the customers’ affairs are correct. However, please note there is no mandatory requirement to complete these boxes.”

HMRC has already issued letters to overseas corporate owners of UK residential property encouraging them to register for the Annual Tax On Enveloped Dwellings (ATED) using the ATED online service, or to file a paper return – or to let HMRC know why they do not need to file an ATED return (see the previous article).

Where no response has been received by HMRC follow up letters are now being issued, advising that if an ATED return is not filed, or HMRC is not informed why no return is required, HMRC may issue a Revenue Determination. ICAS understands that HMRC is undertaking valuation checks of the UK residential properties to ensure the market value exceeds £500,000.

This is an educational letter which is being sent to individuals (copied to agents where relevant). The letter is intended to educate recipients about the conditions and eligibility criteria for claiming Foreign Tax Credit Relief against employment income and to provide an opportunity to get 19/20 tax returns right.

Letters sent to individuals (with copies to agents where relevant) where Overseas Workdays Relief was claimed on the 2018-2019 return, and a return is due to be filed for 2019-2020.  The letter aims to educate recipients about the conditions for claiming Overseas Workdays Relief and to provide the opportunity to consider eligibility and to help to get the tax return right.

Letters being sent to individuals (copied to agents where relevant) who made a claim under a double taxation agreement (DTA) for the tax year 2018/19.

The letter provides information to help individuals correctly claim relief under a DTA on the 2019/20 tax return. This can be done by completing the appropriate claim form and providing HMRC with a Certificate of Residence. The letter focuses on the documentation that should be completed.

HMRC has invited feedback on the nudge letters and the impact on recipients. Please send ICAS your comments by emailing tax@icas.com. We will collate and pass on to HMRC.

We would also welcome feedback on the other issues covered in this article – again by emailing tax@icas.com. 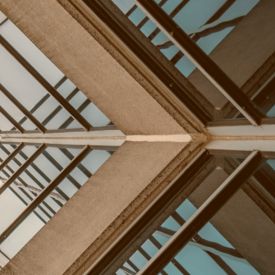 Look out for the latest ‘nudge’ letters from HMRC 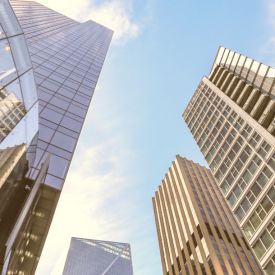