The role of tax discussion groups

ICAS encourages its members to include attendance at tax discussion groups within their CPD, and Donald Drysdale reflects on the advantages of this.

Keeping up to date

For all those who work in tax, training opportunities come in a variety of different guises. Tax changes are so ubiquitous that it’s crucial for everyone to choose their most effective way of absorbing them. There’s a huge choice of methods available, and the range of options has increased in this digital age.

The printed word still has a big role to play, and many of us would be lost without our tax books and periodicals. In my case I browse the latest tax journals at breakfast and wouldn’t capture half the content if these were only available online.

Nonetheless, like most practitioners I find that the internet has become my key delivery mechanism for tax updates. Online newsletters hit inboxes in scores, and online reference works have become a natural tool in getting tricky technical questions answered. Online podcasts and webinars give flexible access to key technical explanations and discussions, and social media is helpful in flagging up the latest developments.

For some tax specialists, formal tax courses and conferences offer splendid learning opportunities, while for others they would involve too much time away from the office. A tax discussion group may provide a more relaxed and convenient access to CPD.

Typically, a tax discussion group allows members, affiliates and students to meet for a short time, often over lunch or straight after work, to hear experienced tax experts expound on the intricacies of new, evolving or long-established tax law and practice. Most meetings are free.

Speakers – many of them well-known throughout the UK tax profession – come from a range of backgrounds including public accounting and law practices, the Bar, Government and tax authorities and professional bodies. The technical discussions and informal networking opportunities encourage a sharing of their expertise.

The Edinburgh Tax Network, a CPD-providing umbrella group for ICAS, ICAEW, CIOT, STEP and TrustBar (the Faculty of Advocates Trusts, Fiduciaries and Executries special interest group), holds events in central Edinburgh, usually on the last Thursday of each month. Times and venues vary. Attendance is usually free, but places should be reserved by calling 0131 260 5606 or emailing seminars@terrafirmachambers.com.

In the first half of 2017, topics covered included ‘Tax and Legitimate Expectations’ by David Small, ‘Recognition of Foreign Charities’ by Simon Mackintosh, ‘Adequate Disclosure and Risk Management’ by Bob Crawford, and ‘LBTT and SDLT Compared and Contrasted’ by Carl Bayley. John McArthur spoke on ‘Succession, Rectification and the Residence Nil Rate Band issues’, and Derek Francis on ‘Trust Documents which go wrong - and how to fix them’.

In a double bill on 31 May, Charlotte Barbour will speak on ‘Recent Tax Cases’ and Derek Francis on ‘New Inheritance Tax DOTAS Hallmark’. (Derek will cover the same topic again in Glasgow at a joint event on 14 June organised by Edinburgh Tax Network and TrustBar in conjunction with Johnston Carmichael.) The Edinburgh Tax Network has further meetings scheduled in Edinburgh on 28 June and 26 July, and at the latter, Julian Ghosh will speak on ‘Facts and Evidence in Litigation’.

The Glasgow Tax Forum meets in central Glasgow each month from October through May. Enquiries about the Forum should be directed to Jillian McAulay at glasgow@tax.org.uk.

In the new session beginning in October, Martyn Shaw will speak on ‘Pensions’, Craig French on ‘US tax reform’, and Stuart Brodie on ‘Brexit’. ‘Recovery of tax, limitation and change of position’ will be covered by Gordon Watt, and ‘Private clients’ by Gregor Mitchell. In addition, there will be a meeting devoted to capital allowances and another to the ICAS Spring Update.

The Aberdeen Tax Discussion Group meets in central Aberdeen, mainly during the winter months. Details can be obtained from Lindsey Stewart CA at ac-g@icas.com or on 01224 263831.

During this past season, Graham Whiley has spoken on ‘Employment Taxes’, Callum Wilson on ‘Incorporation Considerations’ and Martin Bell on ‘Corporation Tax’. Charlotte Barbour delivered a ‘Topical Tax Update’, and Martin Findlay spoke on the ‘Finance Bill 2018’.

On 4 June Moira Kelly will speak on ‘R&D from an Aberdeen Perspective’. Meetings being planned from October onwards are likely to include ‘Tax Cases’ by Charlotte Barbour and presentations on inheritance tax, corporation tax, VAT, employment taxes and the Finance Act 2019.

Anyone interested in tax is always welcomed at meetings of the CIOT’s Borders Tax Discussion Group. It holds a full-day event in November and three smaller events each year – although a meeting this March was cancelled owing to bad weather. Further details are available from Steven Turnbull at scottishborders@tax.org.uk.

On 20 September a representative from Turcan Connell will speak on ‘IHT Planning’, and on 20 November Robert Jamieson will present a full-day event on ‘Tax planning issues and opportunities, tax update, and succession planning’.  In March 2019 Richard Alderson will speak on ‘Tax investigations’, and in May Charlotte Barbour will present an ICAS Finance Act Update.

CIOT offers a range of tax discussion groups and other events through its branch network. If you are interested in finding out more about its branch events, email branches@tax.org.uk and ask to be put in touch with the relevant branch.

ICAS would be willing to organise a tax discussion group in London if there was a demand for this, or in any other centre of population where sufficient demand exists. If you’re an ICAS member, affiliate or student who would like to attend such a group covering a range of different tax topics, please make your interest known by emailing tax@icas.com.

Substantial efforts are invested by those who organise and speak at meetings of the various tax discussion groups. Topics covered are wide-ranging, and the groups provide an opportunity to meet some of the leaders of the tax profession.

This article has mentioned some recent meetings you may have missed. It also highlights some forthcoming topics you shouldn’t. 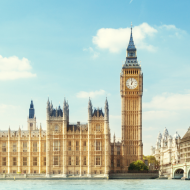 MTD gathers speed but not sanity 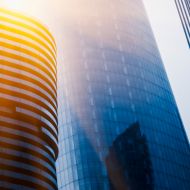