Jan Garioch CA discusses a recent case, Bluejay Mining plc v HMRC where the FTT has to consider practices in the mineral exploration and mining industry.

The First Tier Tribunal (FTT) published their decision on Bluejay Mining PLC (Bluejay) v HMRC in November 2020. Bluejay’s appeal arose because HMRC had refused to repay over £800,000 of input VAT on the grounds that Bluejay was not making taxable supplies to its subsidiaries for consideration and/or it was not carrying on an economic activity.

There was no dispute over the basic facts.  Bluejay is a holding company listed on the Alternative Investment Market which operates in the mineral exploration and mining industry. It identifies possible mining projects and raises funds, typically from shareholders. As it is frequently a requirement that exploration licenses are held by a body incorporated in the local jurisdiction, Bluejay ensures that the licence is held by a locally resident subsidiary. Bluejay assembles a team to carry out an initial assessment and, if that shows promise, moves on to test whether the original assessment is borne out by exploration. This phase spans a number of field seasons when geological, environmental and infrastructure matters are considered, with Bluejay providing technical services to its subsidiary and loaning it the funds to pay for these services.

Did an accounting description create a legal provision?

Bluejay’s company accounts state these loans are only repayable ‘when sufficient cash resources are available in the subsidiaries’. Therefore, HMRC contended that effectively means there is an unwritten provision to the loan agreements that they are only repayable in such circumstances. Their argument failed to convince the FTT which denied that the wording in the accounts created any additional legal provision. It was merely a description of the commercial reality of these loans. In reaching their view, the FTT felt that it was important that where the subsidiary held more than one licence, any impairment review on whether loans were to be forgiven was carried out with reference to all of the assets of the subsidiary. It concluded that at the time the services were provided there was a very clear expectation that the payment of the loans would be made.

Are the contract for services and the loan agreement separate?

HMRC challenged again with the argument that the contract for services and the loan agreement should be considered as a single agreement providing that the invoices would only be payable if the project is successful. Following that argument, Bluejay’s provision of services is not to generate a flow of income but merely to enhance the value of the subsidiary, and hence the value of its investment. Bluejay’s counter to this argument was that having raised the external funds, it could have advanced them into the subsidiaries in a number of ways, for instance as additional share capital. Since charging an invoice to a loan account is well established as the equivalent of payment, the subsidiary was paying the invoices out of funds in its possession. Again, the FTT came down on the side of Bluejay, accepting that the payment for services was not contingent upon the success of the project.

On reaching the above conclusions, the FTT recognised that it could have concluded its considerations and upheld the appeal. However, in case it was wrong in its findings, it continued to consider all of HMRC’s further arguments. Therefore, it considered the implications if the payment of invoices was in fact contingent on the project succeeding. Despite HMRC putting forward cases where the necessary link between services provided and consideration paid was not established, the FTT gave weight to evidence from a Bluejay director that it would be a dereliction of duty if the company continued to supply its services to the subsidiaries after a point when it did not expect the loans to be repaid. FTT’s conclusion was that at the time the services were provided there was a very clear expectation that the payment of the loans would be made, so again Bluejay would succeed.

Finally, the FTT turned to deciding whether Bluejay was conducting an economic activity. HMRC’s contention was that Bluejay was not carrying out an economic activity because its end objective was not to make a profit from the provision of technical services but instead from the ultimate sale of the exploration licences. Again, the FTT was unconvinced. In its view it was clear that Bluejay did obtain an income stream from its provision of technical services, and indeed it generated an income over a number of years considering the time taken for its projects to come to maturity. Therefore, the appeal was allowed. 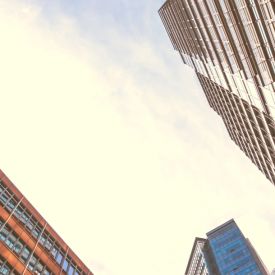