Donald Drysdale, a chartered accountant, chartered tax adviser and chartered IT professional, wonders if a tax on robots might help economies cope with the disruption caused by automation.

Looking into the future

Every once in a while, tax specialists should pause and take a long hard look into the future. And the younger the professional, the more instructive and relevant such an exercise may prove to be.

Advances in technology are changing the way businesses work, and imposing new requirements on the tax and accounting practitioners who advise them. They are also causing societal changes, some of which may create a need for innovative fiscal solutions.

Work and remuneration are key defining concepts for many individuals, creating a sense of self-worth and a meaningful place in society. If these are disrupted by increased workplace automation, there may be an urgent need for action to restore equilibrium.

Rise of the machines

A recent report from Oxford Economics, the global forecasting specialists, is entitled ‘How robots change the world'. It examines what automation already means for jobs and productivity, and what the future may hold.

This report reveals that, since 2010, the global stock of industrial robots has more than doubled, and innovations in engineering and machine learning herald an accelerated adoption of robots in service sector occupations over the next five years.

It says there are three main drivers for the robot surge: robots are becoming cheaper than humans; robots are rapidly becoming more capable; and demand for manufactured goods is rising, with China investing in robots to position itself as the global manufacturing leader.

According to Oxford Economics, the rise of the robots will boost productivity and economic growth. It will lead to the creation of new jobs in yet-to-exist industries, while seriously disrupting existing business models in both manufacturing and service sectors.

Globally, millions of workers in all sectors will see many of their functions taken over by new technology. Millions more will have to master new skills to collaborate with intelligent machines.

Tens of millions of existing jobs will be lost, with human workers displaced by robots at an increasing rate as robots become steadily more sophisticated. This will have a disproportionately high adverse impact on lower-skilled workers and rural economies.

Interestingly, a ‘robot vulnerability index’ developed by Oxford Economics looks at the USA, Germany, the UK, France, Japan, South Korea and Australia, and identifies which regions within them will be hardest hit by the ongoing automation of manufacturing. Scotland’s highlands and islands are categorised as ‘upper-medium vulnerability’.

The report on the TUC Congress 2018 noted clear challenges and threats to workers presented by technological change, plus opportunities to create positive change to boost productivity and provide workers with greater flexibility and creativity in their work.

TUC General Secretary Frances O’Grady called for a move towards “a four-day working week, with decent pay for everyone.” This highlighted the fact that more leisure time might increase (rather than reduce) demands for income.

Such ideas are not new. In 1930 economist John Maynard Keynes predicted a working week of perhaps 15 hours by 2030, with people choosing to have more leisure as their material needs were satisfied. Clearly, this hasn’t happened in the way he envisaged.

Increased automation aggravates inequalities. Discouraging automation might slow down the pace this happens but doesn’t offer a long-term solution. New ways of redistributing some of the benefits of automation from those imposing it to those suffering from it may prove the only answer.

I take no political sides, but US Presidential candidate John Delaney has announced a living wage plan financed partly by a new ‘robot tax’ – a tax on robots and machines which displace workers and don’t contribute to the social safety net.

Back in 2015, a draft report to the European Parliament, mentioning Frankenstein's Monster, was a serious attempt to persuade MEPs that the development of robotics and artificial intelligence (AI) raised legal and ethical issues which required regulatory and fiscal solutions.

While the EC failed to support a robot tax, it did accept the majority of that report, acknowledging in 2017 that “humankind stands on the threshold of an era when ever more sophisticated robots, bots, androids and other manifestations of AI seem to be poised to unleash a new industrial revolution, which is likely to leave no stratum of society untouched.”

The concept of a robot tax didn’t go away. It was reportedly endorsed by Microsoft founder Bill Gates in 2017. He felt that a tax on businesses using robots could benefit society by slowing the spread of automation and funding other types of employment.

In recent years, many other commentators have expressed views on the idea of levying a new tax on businesses using robots, or even on robots themselves. Most are agreed that technology could and should be a force for good but have opposed robot taxes.

This may be short-sighted, as existing tax policies of most nations encourage automation even where it is less efficient than human labour. This flows from their existing dependence on taxing labour – through payroll and personal income taxes – rather than taxing capital.

A robot tax would present significant practical difficulties. For example, how would a robot be defined? In a world of ever more sophisticated robots, they might range from humanoids and other androids through to bots and other AI software tools without obvious physical form.

Such a tax would also create new questions about how revenues from automation might be redistributed to those suffering as a result of the knock-on effects of the automation. A universal basic income might well feature as part of a solution.

One voice currently calling for a robot tax is that of Xavier Oberson, Professor of Swiss and International Tax Law at the University of Geneva, whose book 'Taxing Robots' was published in May. It explores aspects of such a tax, seeking to help economies adapt to the use of AI.

South Korea was the first country to propose any kind of measure akin to a robot tax, although its proposal in 2017 was not for a separate tax but rather a restriction on tax deductions for investments in automation.

If John Delaney gets his way, perhaps the USA will be next. And in years to come, who knows – it might even become the norm for robots to have to submit their tax returns like everyone else.

More work for tax practitioners? Or perhaps only for the robots who might have taken our places. 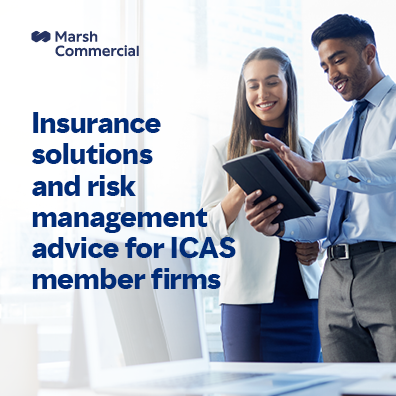