With only 17 working days between the UK Budget and the end of the current tax year, Donald Drysdale believes that those engaged in tax planning will need to keep on their toes.

Now that the tax filing season has ended and the current fiscal year will soon draw to a close, tax advisers will need to consider carefully what steps they should take by 5 April to minimise their clients’ exposure to tax.

Normally, there would be plenty of time after an autumn Budget to assess the impact of tax changes announced and consider how these might help generate tax savings. But not so this time around, because the Budget has been delayed to an exceptional extent.

The Chancellor of the Exchequer, Sajid Javid, will deliver his Budget to the House of Commons on Wednesday 11 March.

According to an HM Treasury news release of 7 January, the Budget will open a new chapter for the UK’s economy and prepare it for the decade ahead, deliver on the government’s promises on tax, and make good on the commitment to level up and spread opportunity across the UK. At least, that’s the political blurb.

More relevant to this article, the delayed Budget will squeeze the immediate window of opportunity for post-Budget tax planning to a mere 17 working days.

The Scottish Budget for 2020/21 is to be delivered at Holyrood on 6 February. Interestingly, a Scottish government announcement as far back as 19 November had spoken of difficulties expected if the Scottish Budget was delayed beyond Christmas.

Given the inevitable political manoeuvrings that would be required at Holyrood, it now seems likely that the Scottish Budget may not be finalised until well after 11 March – leaving virtually no time at all before 5 April for practitioners throughout the UK to consider any particular tax planning requirements of their Scottish taxpayer clients.

Wales enjoys different devolved tax powers than those of Scotland, and has already published its Budget which confirms that it will not seek to vary its income tax rates for 2020/21 from those (as yet unknown) which will apply in England and Northern Ireland.

How to save tax

Many ‘old faithful’ tax planning strategies are regurgitated year-by-year in a wide variety of professional publications, and these can serve as important aides-mémoire – giving practitioners useful back-to-basics guides on tax-saving ideas.

Here on the ICAS website I wrote three such articles this time last year, and these are accessible through the following links:

I don’t propose to repeat or update the above articles here but, if you refer to them, I hope you’ll find that they still contain some helpful suggestions. This time around, it might be more constructive if I were to concentrate on particular issues which this year’s late Budget could trigger.

The income above which earners start paying NICs may be raised from £8,632 to £9,500 in 2020/21, instead of a simple inflationary increase, with further increases to £12,500 to follow. Watch out also for any increase in the ‘lower earnings limit’, which could prejudice the ability of low-paid employees to acquire qualifying years for state pension purposes.

Abolition of Class 2 NICs for the self-employed was proposed but then postponed. If this was brought forward again, there might be a need to consider its effects on the state pension rights of certain lower-paid earners.

In spite of Boris Johnson’s stated aspirations, we may not see the UK income tax higher rate threshold upped from £50,000 to £80,000 in one fell swoop, but it is possible that a significant rise in 2020/21 is still on the cards.

This might create problems for Scotland, where a massive increase in divergence from the rest of the UK could trigger behavioural consequences among taxpayers.

While most political parties have called for the reform or abolition of entrepreneurs’ relief, the government’s policy on this remains unclear. If any qualifying disposal is already in the pipeline, a decision might need to be made whether to sell before or after Budget Day.

In some cases, delaying a capital disposal from before until after 6 April can defer CGT by a year. However, from 6 April 2020, disposals of non-exempt UK residential property must be reported to HMRC within 30 days and the CGT paid within that same, very tight timescale.

Changes are also to be made to CGT lettings relief and principal private residence relief, creating additional hurdles for many taxpayers who are contemplating moving house.

Another possibility hinted at during the election campaign was the reform or abolition of inheritance tax. This is an emotive subject, and it is hard to predict what changes the government might have in mind or on what timescale.

In spite of the announcement of a last-minute review, there seems no possibility of a reversal of the government’s plans to extend the private sector off-payroll working rules (IR35) from 6 April. Contractors and engagers likely to be affected should be preparing for the new regime.

A government with such a strong majority and more than 5 years still to run would be free to contemplate radical tax changes, with little need to be concerned about the attitudes of opposition parties or those of the electorate – so expect the unexpected!

Some commentators look critically at the role of the tax profession, suggesting that advising on tax planning is against the public interest and therefore inappropriate. But there are powerful reasons for thinking otherwise.

First, through our tax laws the government offers many specific reliefs and elections for reducing tax liabilities.

Examples include marriage allowance; EIS, SEIS and VCT reliefs; the CGT annual exempt amount; CGT relief for principal private residences; CGT entrepreneurs’ relief; and IHT reliefs and exemptions, including the residence nil-rate band. It could be foolhardy to ignore these.

Second, most tax advisers are engaged on terms which oblige them to provide tax planning advice to their clients, and not complying could expose them to professional negligence claims.

In times of uncertainty such as these, practitioners should of course beware not to let the tax tail wag the proverbial dog. But failure to explore acceptable ways in which their clients might save tax is simply not an option. 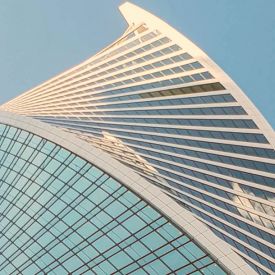 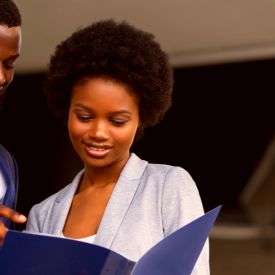