An independent research report suggests that HMRC might work extended hours on interventions, and Donald Drysdale weighs up the pros and cons of this idea.

Last month HMRC published an independent research report entitled Extended Hours for Compliance Activities. This summarised the results of interviews which IFF Research had conducted for HMRC early in 2018 with a selected sample of taxpayers and tax agents.

The research looked at the potential for HMRC to extend their working hours for interventions (i.e. tax enquiries or compliance checks) beyond the standard working week, providing more choice for mid-sized businesses, small businesses and individuals, and for agents acting on behalf of clients.

Interviewees included taxpayers from all these categories, and their agents (including those of wealthy individuals). Some had experienced HMRC compliance checks before, while others had not. Some had a clear understanding of what such interventions involve, but others were less clear.

The fundamental question put to interviewees was whether they would welcome the opportunity for intervention work to take place outside normal working hours. There was an implication that ‘normal’ hours meant something like 9am to 5pm, Monday to Friday.

Those approached had differing experiences. Some had found that the hours when HMRC could readily be contacted were already more restrictive than this. Others had dealt with specific HMRC case workers who worked slightly different hours – for example, 7am to 3pm.

The proposition was that some contact with HMRC in connection with specific tax enquiries and compliance checks might take place during weekday evenings or even at weekends.

The change, if introduced, would not affect HMRC helplines and other facilities for general enquiries. There would be a need for it to be promoted clearly to avoid any misleading impression that the general helplines service had been extended.

Arguably, extended hours at HMRC might make their interventions staff more accessible to taxpayers and agents dealing with them. However, there was limited support for the longer hours, especially among agents – although some of them might use the service during seasonal peaks.

There were also some suggestions that working interventions in extended hours could discourage some individuals and small businesses from using agents, because these taxpayers might find it easier to deal with tax enquiries and compliance checks without professional help.

Typically, it is in the smallest businesses that people responsible for HMRC liaison are accustomed to working outside normal office hours. The research revealed that it was among small businesses, sole traders and individuals that dealing with interventions in extended hours was considered most attractive.

By contrast, mid-sized businesses tend to have non-proprietorial administrative staff dealing with HMRC, and the report suggests that they were not so keen to work out-of-hours.

Among other findings of interest, those interviewed, especially agents, were generally keen to make greater use of digital means of communication during enquiries. There was a strong demand for email and digital file transfer, while webchat and video conferencing facilities were also sought by some.

There might be concerns that interventions progressed outside normal hours could be more intrusive for taxpayers and agents.

Many of the taxpayers and agents interviewed were opposed to extended hours being forced on them for interventions, but were content that the facility should be available in cases where they wanted it for their own convenience.

Thus there was general support for the idea that extended hours should be available at the request of taxpayers or agents, but not that it should be imposed by HMRC.

A taxpayer’s exposure to penalties for any irregularity can be reduced where they or their agent makes a full disclosure to HMRC, and where they cooperate fully with HMRC in putting things right.

Cooperation with an HMRC tax enquiry is therefore important in limiting penalties for any irregularities found. However, the report makes no mention of how this might be affected by the taxpayer’s or agent’s reluctance to work on an enquiry outside normal office hours.

For many forward-looking organisations, offering flexible hours to workers has become the norm. Many employees, depending on their individual and family circumstances, welcome opportunities to work evenings or weekends.

As HMRC press on with their controversial transformation project, it has been reported elsewhere that they have serious morale problems among their staff. Offering personnel the chance to work on interventions out-of-hours might make the work more attractive to some.

Had HMRC wanted to bury this report, presumably, they would have done so. Perhaps its appearance now, 6 months after it was written, suggests instead that they are giving extended hours some serious thought.

There are no firm proposals as yet and no formal consultation, but watch this space. 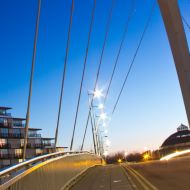 Tax: Are we asking too much of HMRC? 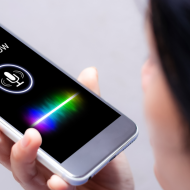