With 5 April 2020 only five months away, Donald Drysdale notes the importance of this date for electing for ‘marriage allowance’ – not to be confused with ‘married couple’s allowance’.

The transferable tax allowance for married couples and civil partners (commonly known as the ‘marriage allowance’) was introduced with effect from 2015/16.

Where one party (referred to in the legislation as ‘the gaining party’, and in this article as ‘the transferee’) has income below certain limits, the marriage allowance enables a specified amount of personal allowance to be transferred to them by their spouse or civil partner.

The transferee (the spouse or civil partner to whom the marriage allowance is transferred) must be a UK resident or fall into one of a number of categories of non-resident entitled to UK personal allowance.

Marriage allowance can apply only where the above conditions are met, where an election by the transferor is in force for the tax year, and where neither party has claimed ‘married couple's allowance’ – a completely different allowance which is explained below.

Notwithstanding that the law was changed on 29 November 2017, these provisions apply even where the death occurred before that date. This backdates the change to 2015/16, when the transferable tax allowance was introduced.

An election made by personal representatives is irrevocable. In other cases an election may be withdrawn only by the transferor who made it. Normally withdrawal takes effect from the following year, but it may apply for the current year in cases where a marriage or civil partnership ends.

Marriage allowance is a matter reserved to Westminster. However, the means-testing which restricts it from those liable at the higher or additional/top rates of tax impacts adversely on Scottish taxpayers, because they are subject to the harsher tax rates and thresholds set by Holyrood.

Since then the tax rates and thresholds have diverged further. For 2019/20, a Scottish taxpayer can only receive a marriage allowance transfer if their income does not exceed £43,430, whereas the limit for a taxpayer elsewhere in the UK is £50,000.

This substantial difference in treatment may seem unfair in the case of what was intended to be a UK-wide tax allowance, but is an inevitable result of the way the Scottish Government has chosen to exercise its devolved tax powers.

Given that some 44% of adults in Scotland don’t pay income tax, it is probable that many of them have spouses or civil partners eligible to elect for marriage allowance. It is also probable that many are not making the election because they don’t know how to do so.

Marriage allowance can be applied for online, but it is widely misunderstood. Only last year, HMRC confirmed that about one in four of the 4.2 million couples eligible for it were failing to elect for it.

For young and middle-aged couples who (typically) have two incomes, electing presents practical difficulties. For example, are they aware of the allowance? Are they eligible? And, if so, which party should elect for the allowance?

For older couples, the process is equally frustrating, and there may be many instances where they are eligible but fail to elect.

In an ideal world, HMRC would hold sufficient data to determine who is eligible to elect for marriage allowance, and they would calculate it and apply it automatically. However, it seems that this is not feasible in a regime based broadly on independent taxation of each individual.

Unsurprisingly, many taxpayers confuse marriage allowance with married couple’s allowance. A taxpayer may claim the latter if they are married or in a civil partnership, and living with their spouse or civil partner, and at least one of them was born before 6 April 1935.

For this purpose they can still be treated as living together if they are unable to do so because of illness or old age (e.g. if one of them is in residential care), or if one is working away from home, away on an armed forces posting, in prison, or away on training or education.

The married couple’s allowance reduces the claimant’s income tax liability by 10% of the amount of the allowance. For 2019/20 the full allowance is £8,915, giving rise to a maximum income tax saving of £891.50. 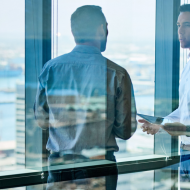 What do tax reliefs really cost?