Choosing an ISA can be tricky, given the bewildering array of tax rules and investment possibilities, and Donald Drysdale notes that the 5 April deadline is rapidly approaching.

Individual Savings Accounts (ISAs) were launched by Labour in 1999, initially to encourage saving by those on lower incomes. ISAs replaced Personal Equity Plans (PEPs) and Tax-Exempt Special Savings Accounts (TESSAs) which had been introduced by the Conservatives to boost saving and investment generally.

The ISA rules have been subject to tinkering by successive Chancellors. Some changes have simplified the regime and made it very much more attractive, while others have added unwelcome complexity.

For a useful summary of the history of ISAs, details of the current ISA regime and some thought-provoking recommendations for improvements, look no further than a recent report from AAT entitled ‘Time for change: a review of the Individual Savings Account (ISA) regime’.

What ISAs are available?

The choices open to you are quite confusing.

There are stocks and shares ISAs which may include shares in most quoted companies, unit trusts and investment funds, and corporate and government bonds – though the actual range of investments available will depend on your chosen ISA provider. You can’t transfer any non-ISA shares you already own into an ISA unless they’re from an employee share scheme, but in other cases the same result can be achieved by a ‘bed and ISA’.

There are cash ISAs which may include savings in bank and building society accounts and some National Savings and Investments products. Some cash ISAs are flexible, allowing funds to be withdrawn and replaced within a tax year without affecting the subscription limit for the current year.

A junior ISA can be opened for an individual under 18, and may include either cash or stocks and shares.

When an individual dies, their surviving spouse or civil partner may make an additional permitted ISA subscription, within a prescribed time limit, up to the value the deceased held in their ISA when they died.

A lifetime ISA, which may include either cash or stocks and shares or a mixture of both, can be opened by an individual aged 18 or over but under 40 and used to buy their first home or to save for later in life. The investor can put in up to £4,000 each year until they’re 50, and the government will add a 25% bonus up to a maximum of £1,000 a year.

A so-called ‘help to buy’ ISA is designed to assist an individual who is saving to buy their first home, and involves the government in topping up those savings by 25% (up to £3,000).

At the Autumn Statement in November 2016, AAT expressed concern that the Chancellor had failed to take the opportunity to tackle the current confusion around the ISA savings system.

As an example of the complexity and confusion inherent within the regime, the recent AAT report refers to limits and ages. ISAs were originally designed for the over 18’s but there is now a junior ISA available for anyone under 18 who does not have a Child Trust Fund. The junior ISA has an annual savings limit of £4,128, rising to £4,260 from 6 April 2018. Confusingly, those aged 16 or 18 can open both a junior ISA and a normal adult cash ISA, but on reaching 18 only an adult ISA can be opened.

The AAT recommend radical simplification. They suggest that the cash, stocks and shares, innovative finance and junior ISAs should be rolled into a new cradle-to-grave ISA wrapper which they have dubbed the ‘Everything ISA’ – or perhaps simply ‘ISA’.

The AAT’s view is that the lifetime ISA should be closed to new entrants, since it seems less effective in saving for later life than most pensions. They advocate that the government’s ‘help to buy’ scheme should continue, but without the ISA title as it has never been an ISA in the traditional sense.

It’s that time of year again

If you’re an investor or have funds available for investment and you haven’t yet allocated your maximum subscription to Individual Savings Accounts (ISAs) for 2017/18, you have only a few days left to do so before the fiscal year ends on 5 April.

The tax advantages of investing through ISAs are significant. Income from the ISA is exempt from income tax, and gains on eventual disposal of ISA investments are exempt from capital gains tax. The basic subscription limit for cash and stocks and shares ISAs for 2017/18 is £20,000, and will be the same for 2018/19.

For company shareholders who haven’t used ISAs to best advantage until now, it is important to note that the tax-free allowance for non-ISA dividends received is about to reduce sharply. The dividend allowance has been £5,000 a year for 2016/17 and 2017/18, but is being cut to £2,000 a year from 6 April 2018 onwards. In these circumstances, sheltering dividends within an ISA wrapper has the potential to save significant amounts of tax.

For those entitled to make an additional permitted ISA subscription following the death of their spouse or civil partner, note that the time limits are not tied to the end of the fiscal year but are determined by various different dates – the dates of death, distributions from the estate and completion of administration.

Taxpayers seeking to invest in ISAs are faced with a confusing set of tax rules and a bewildering choice of ISA providers and investment options. When considering these, particularly when time is short in the last few days of the fiscal year, they may turn to their tax agents for advice.

An ISA which shelters income or gains from tax will not necessarily produce acceptable investment returns, and many tax practitioners are not qualified to offer investment advice. When advising on the use of ISAs for legitimate tax planning purposes, they should ensure that they make the limits of their expertise clear, and draw to their clients’ attention the need to obtain appropriate professional advice. 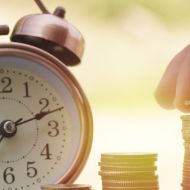