Another two IR35 cases were decided recently, which furthered the cause of HMRC in their pursuit of television and radio presenters when the Court of Appeal found in favour of HMRC in both instances.

The first decision, known as the Kickabout case, concerns Paul Hawksbee, a Talksport radio presenter. The First Tier Tribunal found for Mr Hawksbee’s company and the Upper Tribunal then reversed the decision, finding for HMRC. ICAS reported on this case in 2020 and that article explains the decision up to that point in more detail.

The Court of Appeal upheld the upper Tribunal’s decision, in which it had been concluded that mutuality of obligation was present and the level of control over Mr Hawksbee by the radio station in terms of production and direction pointed to a hypothetical contract of employment.

Mr Hawksbee had argued that he was placed at increased levels of financial risk due to the relative instability of the contractual terms. The contract was a rolling fixed-term two-year contract which placed an obligation to be renegotiated genuinely and without malice for extensions to that contract.

Bearing in mind Mr Hawksbee had worked for Talksport radio for 18 years, albeit only a handful of tax years were being examined during the case proceedings, the judge found his claims of financial risk and instability hard to swallow and found for HMRC.

The second case is related to Atholl House, a company owned by the Loose Women presenter Kaye Adams. In this case, the tribunals at both First and Upper Tier had found for Ms Adams’ company. ICAS also reported on this case and the article written at that time contains more detail as to the intricacies of those two tiers.

The previous two successes counted for very little at the Court of Appeal. The stance taken by the judiciary in this hearing was to go back to basics and examine three principles established in the Ready Mixed Concrete case: (i) mutuality of obligation, (ii) control and if these are both found to be present, (iii) whether the other elements of the relationship amount to a contract of service.

One of the key errors the Court of Appeal found in the two Tribunals’ judgements had been that they did not look at each of Kaye Adams’ contracts separately. Had they done so, they would surely have concluded that the contract with the BBC (which the case was founded upon) was one of employment.

Despite these findings, however, the Court of Appeal then sent the case back to the Tribunal for further consideration of application of what it opines to be the correct test, and for appropriate extensions to obtain missing facts.

The judge gave away what could be taken to be an element of frustration in the different methodologies utilised by courts and tribunals to decide on employment status cases. He said, “it might be supposed that, and it would certainly be desirable if, there were one clear test or approach to determining whether a person was an employee”. The judgement made it clear that a person’s employment status should not be open to interpretation by subjective application of different, potentially conflicting, tests – this is “intolerable”.

It would certainly save time, money and a lot of work on both sides if this were to be the case going forward, and fewer cases would likely end up at the Tax Tribunal in the first place as there would be more certainty in the decision-making process.

If you wish to contribute to the debate…why not contact the ICAS tax team at tax@icas.com? Or consider helping the tax department in its policy work by joining a tax committee as a volunteer. 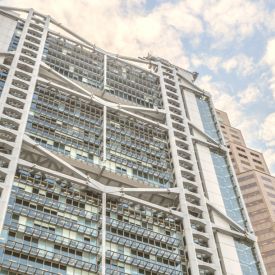 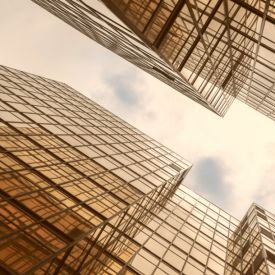