Within his Summer statement, the Chancellor of the Exchequer announced that in England and Northern Ireland, the domestic Stamp Duty Land Tax (SDLT) zero rate threshold would be temporarily raised to £500,000 from £125,000 with effect from and including 8 July 2020 until 31 March 2021.

This will affect house purchases all over England and NI but with a likely disproportionate benefit to those based in the south east of England.

This move immediately presented the Scottish Government and the Welsh Assembly with a problem in that they would either have to follow suit with similar moves or else risk putting their own property markets at a competitive disadvantage.

The following day, it was therefore no surprise to hear that the Scottish Cabinet Secretary for Finance had announced a rise in the Land & Buildings Transaction Tax (LBTT) zero rate threshold for domestic property to £250,000. This temporary change is effective from and includes 15 July through to 31 March 2021 under the provisions in SSI 2020/215. The following table sets out the rates for the period in question:

Note that all residential property transactions involving a consideration of £40,000 or more still need to be to be notified to Revenue Scotland - even when no tax is due. Rates for the Additional Dwelling Supplement (ADS) and non-residential LBTT remain unchanged. Revenue Scotland has updated its guidance and systems to reflect the changes.

The Welsh Government published a written statement from the Minister for Finance on 14 July confirming a temporary increase in the nil-rate band threshold of Land Transaction Tax (LTT) from and including 27 July 2020 until 31 March 2021. Like Scotland, the nil rate band will rise to £250,000. Properties selling for a value in excess of £250,000 will be taxed at the same rates as before. The higher rates for additional dwellings will continue to apply and remain based on the original LTT thresholds.

It will be interesting to see what happens in the property sector over the coming months in terms of domestic and foreign investment – time will tell.

Do you have something to say on this issue? Contact us on tax@icas.com or start a conversation on CA Connect – the discussion thread for ICAS Members. 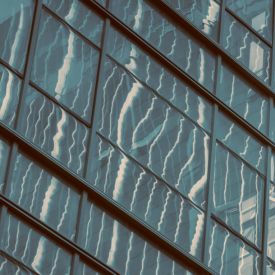