Donald Drysdale recognises that 2019 promises to be a year of high political drama for Scotland’s public finances. The views expressed here are his own and not necessarily those of ICAS.

Forgive me for starting the New Year with what some may regard as a controversial headline. But whatever your personal views may be, 2019 promises to be a year of high political drama.

Widespread disagreement still exists, not only between Britain’s political parties but also within those parties, regarding the way the UK should leave the European Union. Indeed, as 29 March approaches and a battered Prime Minister allows Brexit to run ever closer to the wire, there is growing uncertainty whether Brexit will take place at all.

Against this background, the minority administrations at Westminster and Holyrood must each secure political support for their tax proposals and other budget measures for 2019/20.

As I explained in my last article before Christmas, Scottish Budget: Next steps, Chancellor Philip Hammond has announced that there might be a need for an emergency Spring Budget, and Scottish Finance Secretary Derek Mackay has also warned that he might have to revisit the priorities in his Scottish Budget.

As I shall explain below, Scotland’s devolution settlement gives Mackay considerably less room for manoeuvre than that enjoyed by Hammond.

The power which allows the Scottish Parliament to set the income tax rates and bands that apply to the non-savings non-dividend income of Scottish taxpayers was conferred by Scotland Act 1998, which has been amended successively since its original enactment.

First, the Act introduced the Scottish variable rate (SVR) which was never used. Then it was amended to introduce the Scottish rate of income tax (SRIT), which was implemented for the tax year 2016/17 but had no practical impact on Scottish taxpayers.

Finally, SRIT was replaced by Scottish income tax (SIT), which was implemented from 2017/18 onwards and is having an increasing financial impact. This has arisen as a result of what many see as a high-tax strategy – the combined effect of the Scottish higher rate threshold being held down, and a more progressive rate structure being applied.

To establish the SIT rates and thresholds for 2019/20 now proposed in the Scottish Budget, the Scottish Parliament must pass a ‘Scottish rate resolution’ setting these. This must be passed no later than 5 April 2019, begging the question – what happens if Mackay fails to get the political support he needs and no such resolution is passed?

The successive changes to the Scotland Act 1998 have led to difficult legislation – and there is a lack of clarity about the consequences should there be no formal resolution setting the SIT rates and thresholds. The wording of Scotland Act 1998 section 80C (as amended) implies that, in the absence of a competent Scottish rate resolution for a particular fiscal year, there would be no SIT rates or bands for that year.

Instead, Income Tax Act 2007 section 10 implies that the non-savings non-dividend income of Scottish taxpayers would be liable to income tax in accordance with the rates and thresholds which apply in the rest of the UK. Were there any doubt on this point, it is reasonable to assume that the UK Government would intervene and impose such a charge.

In the absence of SIT, Scotland’s public funding would be decimated. Unless the existing Scottish fiscal framework were torn up and replaced, income tax revenues from the non-savings non-dividend income of Scots could flow to Westminster instead of Holyrood, and the very foundations of the Scottish devolution settlement would be destroyed.

It is hard to imagine that any of Scotland’s political parties would wish to see this outcome, so odds are that Mackay will succeed in getting a Scottish rate resolution passed by 5 April – whether or not he has to give way to costly political bargaining with another party.

But this wouldn’t remove the risk that the knock-on effects of a disorderly Brexit and a Spring UK Budget from Hammond might bring unwelcome surprises. These might leave an unexpected black hole in Scotland’s Budget at a time when the 5 April deadline for revising the SIT rates and bands had already expired.

Fiscal devolution involves convoluted interactions and carries high risks. The Scottish Finance Secretary may face many more sleepless nights before he can tell whether his sums for 2019/20 are going to add up. 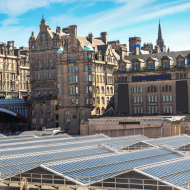 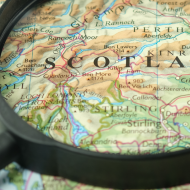