Plans for expansion of the MTD for VAT Pilot

HMRC has just announced its plans for expansion of the MTD for VAT Pilot. The pilot is currently in a private, invitation-only phase. HMRC expects that the pilot will be opened up during October to a wider range of businesses.

Before moving into the next phase, HMRC needs to evaluate the security of the service, and its capacity to provide guidance and support to businesses. The details of how to access and use the service also need to be pre-tested for a wider range of business and agent contact.

Once this evaluation is completed, a limited widening of access to the pilot will begin.

In HMRC’s words, ‘the pilot will be open to sole traders and companies (except those are who are a trust or charity; part of a VAT group or VAT Division) provided they are up to date with their VAT.’

There are a number of exclusions, these include:

Charities do not appear to be included in this initial widening of scope. Partnership businesses cannot yet join.

HMRC’s agile development approach means that there will be continuing ongoing change in the run-up to April 2019.

To assist businesses and agents to plan, HMRC intends to publish a timeline indicating when more complex/excluded businesses may join the pilot.

HMRC has issued for new guidance on how to prepare.

We seem to be a long way from the promised 12 months of testing for MTD.

During October, the House of Lords Economic Affairs Finance Bill Sub-Committee, will be looking, amongst other matters, at the state of business readiness for MTD for VAT. ICAS is due to give face to face evidence on 10 October.

Please send us your comments 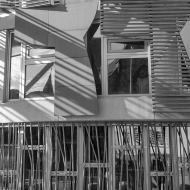 Making Tax Digital for VAT: some progress at last but still a long way to go