Out of time - a tougher line on appeals

Philip McNeill looks at a recent case where permission for a late appeal was refused - and what you can do to get things right.

Tax is all about deadlines, and few deadlines can be more familiar than the 30 days appeal window against HMRC decisions. Appeals can be made late, but the conditions are getting tougher.

The Civil Procedure Rules (CPR) changed in April 2013, and this has caused some consternation in lower courts where, strictly speaking, the rules have no direct application.

Recent cases show that the tenet of the new rules, particularly rule 3.9 on stricter adherence to rules and procedures, are being felt across the tax system.

In Patrick Mackin (Patrick Mackin TC06367 [2018] UKFTT 0110 (TC)) the Judge considered the application of the new rules to late appeals. Could CPR 3.9 be read as applying to appeals as well as to sanctions? Has the framework for late appeals changed and how can apparently conflicting Upper Tribunal judgements be reconciled?

The principles as applied to late appeals sound a note of caution for all.

The normal time limit for most tax appeals is 30 days from the date of the HMRC decision, but this is modified where there is a statutory review.

In direct tax cases, before making an appeal to the tribunal, the taxpayer may be offered a statutory review, or, in default, may ask for one.

In indirect tax cases, it is more usual for HMRC to undertake a review automatically.

Where there is a review, the time limits for appeal change. Normally an appeal to the Tribunal can be made 30 days from the date of the HMRC review decision; or where HMRC fails to make a decision, within 75 days of the date the review process should have commenced.

Hence where a review is in issue, the taxpayer’s appeal to the tribunal may still be within time, even though it is out with the initial 30-day window beginning with HMRC’s initial decision.

Additionally, HMRC may accept late appeals for direct taxes, under s49 TMA 1970 where it considers that there is a reasonable excuse for the delay and that the appeal has been lodged promptly once the reasonable excuse has ceased.

The tribunal meets at this stage, not to consider the merits of the case, but only the question of whether a late appeal is to be permitted. This is where the influence of CPR 3.9 is being felt.

‘In the context of an appeal right which must be exercised within 30 days from the date of the document notifying the decision, a delay of more than three months cannot be described as anything but serious and significant.’ Romasave (Property Services) Ltd v Revenue and Customs Comrs [2015] UKUT 254 (TCC).

Three months is fast becoming the new norm. In Patrick Mackin’s case, there was a delay of over three years. The Tribunal expressly endorsed Romasave and concluded that three years was simply too long.

CPR 3.9 guidelines are for ‘litigation to be conducted efficiently and at proportionate cost’ and ‘to enforce compliance with rules, practice directions and orders’. Taking the sense of these words, a three-year delay is unacceptable for the exercising of a right which the taxpayer knew should be done within 30 days.

The conclusion was unavoidable. Permission for the late appeal was refused.

But the taxpayer claimed that a valid appeal had been made contemporaneously. The appeal submitted three years late was only in support of an appeal already made. The agents had faxed a copy of the purported appeal to HMRC. Could this save the day?

The taxpayer claimed that his accountants had submitted an appeal in October (or December) 2012, but HMRC said it had never been received.

If this letter had actually existed at the time and been delivered, would it not have been an in-time valid appeal?

Here again, the taxpayer failed: but need not have done.  To be valid, an appeal must contain a minimum of information. As a basic, an appeal should:

But in Patrick Mackin, there was no evidence of posting for the purported contemporaneous appeal, so section 7 of the Interpretation Act 1978 could not be invoked to support deemed delivery. The letter appeared to have been incorrectly addressed and did not contain sufficient information about the subject of the dispute to constitute a valid appeal.

Furthermore, despite the lack of any acknowledgement of receipt of the appeal, no attempt had been made to chase it up.

There has been a significant trend in recent years towards standardisation and greater adherence to procedures.

This can be summarised in two quotations. One from BPP holdings and one from McCarthy & Stone.

‘The cases on time limits and sanctions in the CPR do not apply directly, but the Tribunals should generally follow a similar approach’. BPP Holdings (BPP Holdings v Revenue and Customs Comrs [2017] UKSC 55).

‘Courts must be tougher and more robust than they have been hitherto when dealing with applications for relief from sanctions for failure to comply with any rule, direction or order’. Revenue and Customs Commissioners v McCarthy & Stone (Developments) Ltd [2014] UKUT 0196 (TCC).

Whatever the merits of your case or the bona fides of your explanation for failure to act, the first issue for the tribunal to consider is simply - have you complied with the rules? 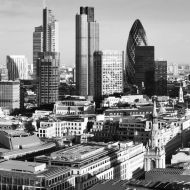 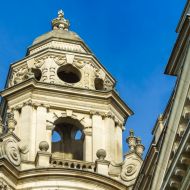