In the spirit of Hallowe’en, I wanted to highlight this recent case decision handed down in September 2022 from the First Tier Tribunal, which reveals that the old owner of a business was haunted by PAYE problems when they failed to address necessary amendments to the returns once the business had been sold.

The case centres around a shop in Coventry which employed staff and ran a PAYE scheme for those staff members. In February 2018, the business was transferred to one of the employees as a going concern, and PAYE returns continued to be made under the existing PAYE reference by the agents, who acted for both old and new owners, until December 2019, when the new owner/employer of the business received their new PAYE reference. At that point, it appears submissions were made under the new reference dating back to June 2019.

HMRC appear to have issued penalties after December 2019 on the basis that they considered the old PAYE scheme for the shop still to be live, and yet despite returns having been made, no payments had been received from the old employer under the old reference. Demands were sent covering the period February 2018 to December 2019.

The old employer appealed the penalties on the basis that the shop had been sold, and claimed that the new owner had returned the PAYE Full Payment Submissions (FPS) and paid over the liabilities due as declared. Therefore, she argued, nothing was owing and to charge penalties and issue demands for arrears of PAYE would result in the liability having been settled twice, were she to pay.

Unfortunately, HMRC could find no evidence of the FPS returns having been amended by the old employer once the duplicate returns had been submitted under the new reference by the new employer. HMRC had no option but to issue demands and penalties on that basis – because under the old PAYE reference there was an outstanding liability. They therefore contended that the appeal to the Tribunal should be struck out on the basis it was invalid.

The old employer appealed on the grounds that the new employer had only used the old PAYE reference because they had not been issued with a new one, and once it was received, the matter was put right by the new employer.

The Tribunal found that the old employer had rendered FPS returns in accordance with Regulation 67B of the Income Tax (PAYE) Regulations 2003 which gave rise to an automatic obligation under Reg.67G of the same Regulations to pay over the PAYE.

The Tribunal pointed out that the old employer had the power under Regulation 67E and Regulation 67E(6) to amend those returns retrospectively at any time, including outside of the tax year in question.

It appeared that the agent claimed to have “fixed it on the computer”, yet HMRC could find no evidence of anything having been “fixed” or amended in any way. The Tribunal could see no evidence in the bundles presented to them that showed anything having been amended, or “fixed” by the old employer and thus determined the returns had not been “fixed” by the date of the hearing.

Due to the fact HMRC had not made a final decision in connection with the payment of PAYE which could be appealed, there was no appealable decision, and the appeal was duly struck out.

The decision went on to say that until and unless amendments to the returns were received by HMRC, the tax deemed to be due remained legally due.

The appellant appeared to have misunderstood her responsibilities under the PAYE Regulations in this case and appeared determined not to wish to make any amendments to the returns which she was personally responsible for, despite them having been prepared and returned by her agent.

HMRC appears to have been rather helpful in this case by not issuing Section 80 Determinations and ensuring that the old employer and agent were given the opportunity to amend the returns so the matter could be shut down. It appears as if they had no alternative but to issue penalties when it became clear this action was unlikely to happen.

This is a cautionary tale for agents to ensure that all loose ends are tied off when transfers of businesses take place – the Tribunal is not likely to have any sympathy for the employer or the agents if not.  Agents should take care to inform clients of their responsibilities, perhaps by referring back to the original engagement letter and terms of any service level agreements.

If you don’t take care of the loose ends, they will turn into skeletons in your cupboard. 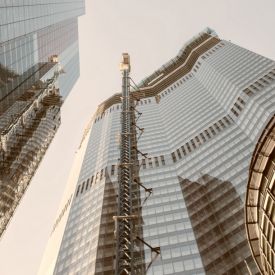 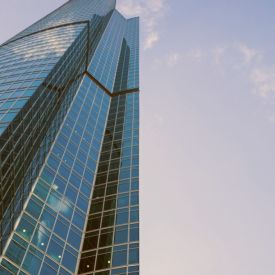