A new report by Scotland’s leading tax and accountancy bodies is today recommending that more is done to improve public understanding and awareness of Scotland’s devolved tax powers.

The call is backed up by the findings of a poll commissioned by the Chartered Institute of Taxation (CIOT) for the Scottish Taxes Policy Forum – a collaboration between CIOT and ICAS – that found 84% of Scots think that they need better information about how taxes are decided in Scotland.

The Scottish Taxes Policy Forum paper, Devolving Taxes across the UK: Learning from the Scottish Experience, recommends that the tax policy making process can be improved by:

The survey also found that:

The poll also found that nearly two-fifths of Scots (39%) believe that the amount of income tax they pay has gone up in recent years, with just 11% of Scots earning less than £30,000 per year believing that they have paid less in income tax in recent years.

The Scottish Government has previously said that people earning less than £26,000 per year will pay less in income tax in Scotland than under the UK wide regime.

Jim Robertson, chair of the Scottish Taxes Policy Forum, said: “The findings of this poll provide further evidence that the public is struggling to make sense of the tax powers that have been devolved to Holyrood and the changing nature of Scotland’s tax landscape.

“As we outline in the paper, we believe that there are a number of steps that Holyrood and Westminster can take to alleviate this public perception deficit and improve awareness and understanding of tax devolution.

“This includes earlier – and better – consultation with all stakeholders and improving the visibility of the tax policy process in the Scottish Parliament. The introduction of a Scottish Finance Bill as a one-stop shop for introducing and amending tax policy and the creation of a dedicated tax committee could help with this.

“Scotland’s devolved tax journey has only recently begun but we hope that politicians and policy makers will take our report and the results of our polling and use these as the basis for a more informed debate about Scotland’s changing tax landscape”. 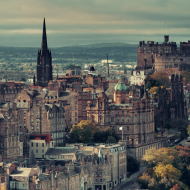