Susan Cattell outlines key points from the ICAS response to the latest consultation on Making Tax Digital for VAT and suggests some actions agents and their clients should consider.

ICAS has submitted a response to the consultation on the draft regulations (and related material) for MTD for VAT.  Key points raised in the response include:

ICAS remains of the view that the timetable for the introduction of mandatory Making Tax Digital for VAT is unrealistic.  Mandatory implementation should not be considered before the system has been demonstrated to work properly for all businesses.  MTD for VAT should be available on a voluntary basis, alongside voluntary MTD for business income tax, for a long enough period to allow for a wide range of software products to be made available and for adequate testing to take place with all types of business to identify and fix problems.

The announcement of the new timetable for MTD included a promise (for VAT) of “well over a year of testing” before any businesses would be mandated to use the system.  It is clear that this cannot be delivered.  The pilot is expected to commence in April 2018 but with only a small number of single proprietor simple businesses allowed to join at that point.  Any larger or more complex businesses (and any repayment traders) will get nothing like 12 months of testing, meaning that many problems risk not being identified, let alone fixed, before mandatory implementation.

The timing of mandatory implementation coincides with Brexit. Businesses affected by Brexit are currently prioritising time and resources for contingency planning and preparation for a no-deal outcome.  Inevitably, MTD is taking second place.  Even if there is some form of Brexit deal there are still likely to be major changes to VAT and Customs Duties in 2019.  It is unreasonable to expect businesses to deal with MTD at the same time as Brexit, particularly when the promised 12-month testing period will not be available for most businesses, particularly larger and more complex ones.

The timing is also likely to present significant problems for HMRC.  The Public Accounts Committee, in its recent report on HMRC, identified that HMRC is under considerable pressure.  It is undertaking 15 major transformation programmes and with the additional pressures arising from Brexit it is having to consider how to change its priorities.  A more gradual approach to MTD would benefit HMRC as well as business.

We welcome the inclusion of two soft-landing scenarios in the addendum, which recognise the difficulties many businesses will have in moving to an end to end digital approach.  However, we do not believe the soft-landing approach currently goes far enough; the suggested 12 month period should be 24 months and the scope should also be extended to other scenarios.  We also believe that the soft-landings should be included in the regulations (or in part of the VAT notice which has the force of law) so that businesses are not put in the position of relying on a concession from HMRC to avoid penalties.

What can agents and their clients do?

The best outcome of the consultation on the draft regulations would be that the implementation of MTD for VAT is slowed down and starts on a voluntary basis.  If this does not happen there are actions agents and their clients should be considering now.

ICAS members and their clients can express an interest now in joining the HMRC pilot in April - please get in touch with us if you (or your clients) would be interested; we will let you know how to sign up.  Not all volunteers will be invited to join in April because the pilot will initially be restricted to small, simple businesses.  However, if you are on their list HMRC will be able to invite you to join later, once more software products become available.

Talk to your software provider

If ICAS members or their clients already keep their records digitally they should be asking their software providers what they are doing about MTD for VAT.  Are they working with HMRC on connecting their products to HMRC’s APIs?  Will they have products available which will allow filing direct from software, in time for the pilot?   HMRC will be producing a list of ‘approved software’ for MTD for VAT – is your provider working to be included?

For businesses which do not currently keep digital records, or for those whose software provider is not developing MTD filing products, the timescale for identifying and implementing suitable software will be very tight.  No ‘approved’ software is yet available – and even in April there may only be a limited number of products, which may not be suitable for all businesses.  It is worth noting that spreadsheets do qualify as digital records – but will need to connect to software in order to file returns via HMRC’s APIs.

Agents and clients also need to consider how they will work together once MTD for VAT is implemented. Procedures which worked before MTD will need to be reviewed and may need changing.

HMRC have run a Talking Points webinar for agents several times on 13 and 14 February.  Due to high demand two more sessions are scheduled on 6 March:

The webinar covers digital record keeping and submission of VAT returns – and gives information about the pilot. If you missed the live sessions you can still listen to a recording here.

The headlines have been highlighted in this article, but the full response also identifies various problems and grey areas, which may or may not be addressed prior to implementation. 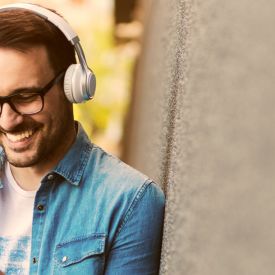 Latest developments on MTD for VAT