Justine Riccomini discusses the key points of the recent announcement made by the Government on IR35 on 17 March.

An announcement by the Chief Secretary to the Treasury, Stephen Barclay, during the Budget debate on 17 March 2020 took most tax advisers and contractors by surprise.

The announcement to delay the implementation of the new IR35 rules was made in the context of the Coronavirus (C-19) situation – ostensibly, to assist individuals and businesses through the period of uncertainty that they face. However, HMRC was still issuing guidance on the same day in relation to the roll-out of the new rules.

The announcement by HMRC came out on 19 March and confirms the roll-out is to be delayed to 6 April 2021. HMRC is keen to emphasise that the delay represents “a deferral of the introduction of the reforms, not a cancellation”. Clearly some engagers, agencies and contractors will welcome the extra preparation time whilst others will be put out at having spent time and resources getting ready for 6 April 2020.

However, most followers of the ongoing IR35 developments will not have missed the fact that the House of Lords has yet to publish its findings in relation to the recent inquiry into off-payroll working. It will be interesting to see what the House of Lords Finance Bill Sub Committee concludes and also whether this year-long window will provide any further opportunities to reconsider the whole regime and possible alternatives to level up the playing field between the taxes paid by the employed and self-employed.

The year’s deferral will hopefully allow for some time to iron out the creases in some of the ongoing issues which are causing difficulty currently, such as HMRC’s stance on Mutuality of Obligation, the continuing problems with the CEST tool, appeals, Umbrella Companies and transfer of liabilities issues, to name but a few.

Amidst all the IR35 deferment news comes the news that Eamonn Holmes is the latest TV personality to lose his IR35 case at the Tribunal. In this case, the Tribunal specifically commented that a sufficient degree of MOO existed to establish that Mr Holmes would have been an employee of ITV were it not for the interposition of his limited company intermediary, Red, White & Green Ltd. This was because Mr Holmes was obliged to provide services to ITV and conversely, regardless of whether the show was ultimately aired, ITV was obliged to pay for his services.

The case contrasts sharply with the Lorraine Kelly case where she was deemed to possess sufficient independence and control over the programmes to exclude her work from the employment spectrum. Despite Mr Holmes’ assertions that he was completely independent and exercised total control over his work, he was subject to overall OFCOM control and due to health conditions, had restrictions placed on what he was allowed to do in his spare time incorporated into his contractual terms.

However, the emphasis placed on MOO is unequivocal – the Tribunal clearly considers that it is in fact necessary to examine it in every case to establish whether a contract of employment exists – a viewpoint which is simply not under consideration within the parameters of the CEST tool, because HMRC opines that MOO is present in all contracts, whether of service or for services.

The fact that this case took three days to deliberate and 20 months for a case report to be published demonstrates the difficulties facing status decision-makers who do not have the luxury of time yet face the financial consequences if they make the wrong decision.

In addition, and despite repeated requests from employers, contractors and advisers for the “education and support” programme to be more comprehensive and robust, HMRC has now also confirmed that it will be setting this programme aside for the coming months, recommencing it “at the appropriate time” even though it had only recently started up again, after suffering a 4-month hiatus due to the general election.

HMRC has stated that public authorities should continue to abide by the rules as issued in 2017 and not change their methods to align with the new rules just yet.

Some engagers will already have taken actions to prepare for the new rules coming in on 6 April 2020. Advisers should speak to them about how to unpick these sufficiently to enable the old rules to operate but to stay prepared for the next 12 months. It would be advisable to consider:

The new rules have not disappeared altogether, they have simply disappeared under a cloud temporarily, and the legislation is expected to be passed over the next few months. Engagers, contractors and agencies should use this additional year of reprieve wisely. 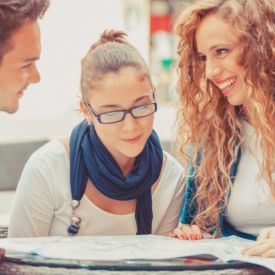 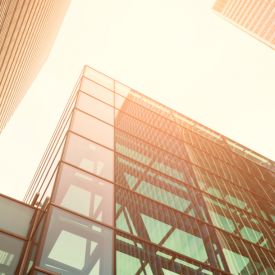