Browsing the latest OTS report on inheritance tax, Donald Drysdale welcomes suggestions for simplifying the administration of this complex and controversial tax which raises such paltry revenues. The views expressed are his own and not necessarily those of ICAS.

The Office of Tax Simplification (OTS) is conducting a review of administrative and technical aspects of inheritance tax (IHT). Its consultation has attracted unprecedented interest, with some 3,600 responses and an extensive range of meetings with interested parties.

An initial report published on 23 November explains the issues and complexities of IHT, identifying concerns raised and making recommendations on administrative issues. A second report exploring key technical and design aspects will follow early in 2019.

Each year around 570,000 individuals die in the UK, and IHT is paid by fewer than 25,000 of their estates – that’s less than 5% of all deaths. In spite of this, IHT forms have to be completed for around half of all deaths – over ten times the number of estates that are liable.

There are widespread concerns about IHT. Many people assume wrongly that a much greater proportion (say 20%) of estates are liable to the tax. Others perceive rightly that wealthy taxpayers can circumvent IHT by careful planning using reliefs, lifetime giving and trusts.

Many taxpayers whose estates won’t attract IHT worry endlessly about how the tax may affect them. They incur high professional fees seeking ways to reduced their exposure to IHT – sometimes identifying necessary steps required but often simply confirming that no avoiding action is needed.

Although the headline rate of IHT is 40%, the average effective rate is generally below 20%. In spite of its high profile, IHT produces relatively modest receipts. In 2017/18 the tax raised only £5.2 billion, which was less than 1% of the Government’s total tax revenues. By comparison, in the same year, insurance premium tax (IPT) raised £5.9 billion, even though half the population have reportedly never heard of it.

Incredibly, there are some 70 different IHT forms which can be downloaded here on GOV.uk.

The main forms are the long form (the ‘Full Inheritance Tax account’ or IHT400) and the short form (the ‘Return of estate information’ or IHT205). The OTS notes that one of an executor’s most onerous tasks is to decide whether IHT forms need to be completed and, if so, which forms to complete. The forms are described by a majority of users as very difficult to complete.

HMRC had originally planned to put all IHT forms online, but then decided to focus on digitising only the short form. This is now available for completion online by executors or administrators in England and Wales but not by professional advisers.

The OTS found that many people worry about IHT, often when they are at their most vulnerable – e.g. after losing a spouse, partner or other relative or friend. It wants to see IHT made simpler and easier to understand for those who worry about the tax generally, are not within its scope, or are concerned about having to administer an estate.

The key OTS recommendation is that the Government should implement a fully-integrated digital system for IHT, ideally including the ability to complete and submit a probate application. In the meantime, HMRC should simplify the current forms, update the conditions that allow use of the existing short form, and introduce an even shorter form for the simplest estates.

HMRC guidance on IHT has attracted particular criticism. The OTS wants to see the material: targeted to reduce concerns for those who worry unnecessarily; clear, consistent and easy to navigate; linked with related guidance, including probate; expanded to include worked examples, a road map, timescales and an IHT calculator; and sufficient for complex estates to apply the law and practice correctly.

HMRC don’t issue receipts for IHT payments, but the OTS thinks they should introduce an automated system for doing so. It also suggests that HMRC should liaise with HM Courts and Tribunals Service on options for streamlining the payment and probate process.

Time limits are strict. Following the month of death, IHT must be paid within 6 months and IHT forms must be submitted within 12 months. The OTS questions whether the 6-month deadline is too tight, and also suggests that HMRC might further refine the recently-introduced 12-week response period during which they will raise any enquiries into the information contained on the form.

The OTS calls on HMRC to review the requirement for trustees to submit forms when no IHT is due, and when no reliefs or exemptions are claimed.

Until a digital system is implemented, the OTS wants HMRC to change the existing form IHT100 for lifetime charges and trusts. It advocates: splitting the form into a simple, tailored form for each occasion; improving the guidance for completing the form and calculating the tax; and reviewing the requirement that it must be signed by all trustees.

The OTS recommends that HMRC should introduce an automated system for issuing receipts for IHT100 forms and related IHT payments. It also wants them to consider introducing a response period during which they will raise any enquiries into the information contained on the form IHT100.

One chapter of this initial report is devoted to key areas of complexity within the IHT rules. Further details on these and related OTS recommendations are to be included in the second report, which I shall review on publication.

The nil rate band (NRB) is generally well understood and considered fair. By contrast, the residence nil rate band (RNRB) has been criticised for its complexity, and also for its unfairness to those who have no children or do not own their own home, while the downsizing rules are considered particularly complicated.

The rules on lifetime gifts raise concerns, not only because they advantage wealthy taxpayers, but also because they are complex and confusing. Exemption limits have not kept pace with inflation, and record-keeping requirements can present difficulties.

Evidence gathered by the OTS suggests that agricultural property relief (APR) and business property relief (BPR) are broadly working in a straightforward way, but there are some areas of confusion – including issues relating to furnished holiday lettings, joint ventures and limited liability partnerships.

In its follow-up report, the OTS will also consider other options for simplification. These will include: the reduced rate of IHT when a certain proportion of an estate is left to charity; the IHT treatment of life insurance products and pensions and the type of products available; technical aspects relating to trusts; and arrangements where a donor retains a benefit from assets gifted. 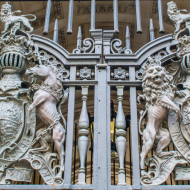 How would you mend inheritance tax?