The recent Iceland case has done nothing to dispel fears about National Minimum Wage inspections and the havoc they can wreak.

But was NMW really created to catch out otherwise well-meaning employers on a technicality, or to stop exploitative employers? Justine Riccomini explains.

The frozen food giant Iceland is facing a £21m back wages bill levied by HM Revenue & Customs due to its operation of something it had considered it was doing to help its employees – operating a Christmas savings club.

Since its inception 20 years ago it appears that National Minimum Wage (NMW) failings, together with the increased levels of stiff sanctions and so-called “naming and shaming” process which accompanies them, are fast becoming the most worrisome employment-related issue employers face today.

The £21m (yes, you are reading that right - it’s around £3.5m per annum for six years) bill sent to Iceland by HMRC, which administers and collects underpayments of PAYE and NICs on NMW breaches as well as enforcing retrospective payments of NMW to employees, relates to two issues in the main.

These are based around:

The sheer size of the bill has led to the Treasury Select Committee questioning HMRC about its general approach to NMW issues, which Iceland’s CEO Sir Malcolm Walker has described as “madness”.

The Committee also wishes to understand whether the Iceland employees are really being exploited, and the employer is really in breach of NMW regulations, when it appears to be fairly clear cut that staff have participated in the scheme voluntarily and can withdraw their money at any time.

Iceland appears to have acted as a third-party savings club by placing the funds saved by the employees into a separate account which is overseen by an independent trustee. If the intention is to help employees save and they are not technically being paid less, what’s the problem?

HMRC argues that once the sums of money for the scheme are deducted from the employee’s pay, what is left is technically below the minimum wage, despite that fact the money eventually comes back to the employee. I understand PAYE/NICs, penalties and interest are yet to be considered in this case.

Last year, Wagamama experienced a similar fate to Iceland by asking its waiting staff to wear black jeans or skirts to work (they wear an employer-provided top with a permanent logo affixed).

HMRC concluded that the wearing of clothing fitting this specific description by the employees (they may have purchased new, or simply worn items they already owned) meant that they were supplementing the employer ‘uniform’ by purchasing the bottom half themselves – and this amounted to the equivalent of a deduction from pay.

The employees could make a personal choice, pay different amounts for the clothing depending on each individual’s preference and affordability, and could wear the jeans or skirt elsewhere. The HMRC stance appears to go against the legislation at s.201 ITEPA 2003, which defines the provision of a uniform and the valuation of clothing provided as a benefit in kind which does not qualify for tax relief under s.336 ITEPA 2003.

The HMRC interpretation of what constitutes a uniform is set out at EIM 32475 with an example at EIM32476 which clearly states that no s.336 deduction is allowed for non-permanently branded clothing which the employee has to buy.

If that is the case, HMRC want the toffee and the ha’penny by treating the purchase of non-branded clothing as an illegal deduction from salary under NMW regulations because it is being treated as part of the uniform, and yet denying the employee a tax deduction at the same time, because it is not a uniform.

Back to Iceland. According to the Times newspaper, HMRC has extrapolated a bill based on all retail staff of two pairs of flat shoes a year over the last six years. This is because HMRC believes Iceland’s policy of requesting that staff wear “sensible” shoes in its retail stores is a breach of NMW regulations.  Does having a dress code in any business now attract unwanted NMW attention?

I hear many stories like this (albeit mostly on a smaller scale than the Iceland and Wagamama ones) from ICAS members and other employment tax experts around the country.

ICAS members would do well to ensure they are having some fairly in-depth conversations about NMW with clients, regardless of whether or not they provide that client with a payroll service.

A review of the payroll parameters in itself is not going far enough, because the payroll processors do not make the decision about whether something classifies as a deduction from pay – they merely carry out what they have been asked to do, insert the figures into the payroll software, and check to make sure they are correct.

What is probably required is a meeting between finance and HR to understand who is making decisions which might affect NMW, but also to establish whether the employer has created policies in relation to such items as clothing preferences, and ensuring that all decision-makers in the process have read the BEIS guide on how to calculate the NMW.

Ultimately, HMRC enforcement officers, tax and employment tribunals and the courts are the ones deciding whether NMW regulations have been breached.

NMW has caused problems in many sectors.

The Supreme Court is now considering whether it will hear the appeal lodged by Unison last August in the Mencap case that its care workers were not entitled to NMW when on a “sleep in” shift.

The Appeal Court judgement boiled down to whether the individual is asleep (available for work) or awake (actually working) – even though the employee is not asleep in their own home, but that of the care recipient, and has, therefore, had to leave home and travel to the place of work so as to be on the premises.

The care sector has potentially been saved £400m in back pay if the Supreme Court agrees with this judgement.

Just to emphasise the gravity of all this, let’s not forget that employers can be fined up to 200% of NMW related arrears for breaching NMW regulations and criminal sanctions also exist.

And let’s not forget that any back pay will be liable to income tax and NICs, and possibly also interest and penalties for failing to declare and pay over the amounts when they were technically originally payable to the employees.

In December 2018, the government published a consultation which concerns the National Minimum Wage rules regarding salaried workers and the operation of salary sacrifice schemes, with a deadline of 1 March 2019.

Clearly, HMRC is taking an increasingly hard line on NMW– this is borne out by the number of investigations opened by HMRC, which according to law firm Pinsent Masons, who submitted a freedom of information request, rose to 3,975 in 2017/18, up by 43% on the previous year.

Unfortunately, HMRC seems determined to pursue unintended actions with the same approach as they would intentional exploitation. The BEIS enforcement policy underpins this. The regulations are complex and can result in expensive settlements, along with tarnished employer and commercial brands.

As is the case every year, the National Minimum Wage and National Living Wage rates will increase on 1st  April 2019. The NLW rate for workers aged 25 and over will increase from £7.83 per hour to £8.21 per hour. 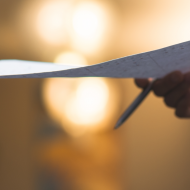