David Menzies, Director of Practice, explains the work of the ICAS Tax Team and how their collective experience benefits ICAS Members

What does the ICAS Tax Team do?

The key objectives of the ICAS Tax Team include the delivery of tax support and representation to Members, policy work and liaising with the tax authorities. The tax team forms part of a wider Practice support services team, albeit the tax team is not limited to providing support or representation to those Members in practice. Much of the tax team's work supports the wider membership, especially those working in business.

Whilst tax legislation ultimately has a political dimension, the role of the ICAS Tax Team also encompasses influencing the technical (as distinct from the party political) content of tax legislation through proactive submissions, responses to consultations and calls for evidence from both Westminster and Holyrood - and in a variety of other ways.

The team submits written and oral evidence to parliamentary inquiries and responds to technical consultations from HM Treasury, HMRC, and Revenue Scotland amongst others, based on the views of ICAS committees and feedback from Members. The team spends a substantial amount of time attending roundtable and stakeholder discussions. Draft legislation is also reviewed, and comments submitted, where appropriate. The team also produces tax policy papers and reports. Recent outputs include Tomorrow’s Tax Administration (2021) and The role of tax in getting to net zero (2022).

An important aspect of the team's work is engagement with HMRC through regular meetings on operational matters, including being part of various stakeholder groups. HMRC service levels, delays and other administrative issues are regularly discussed, and the team raises problems being encountered by Members.

The ICAS Tax Team also presents updates on topical tax issues in ICAS webinars and writes technical articles on a range of tax issues for the ICAS website and external publications.

Devolution across UK jurisdictions has added a new element to UK tax law and practice in recent years. ICAS is uniquely placed to participate in the new processes and works closely with the Scottish Parliament’s Finance and Public Administration Committee, the Scottish Government and Revenue Scotland, as well as the Welsh Government and Welsh Revenue Authority.

Strength of the team

ICAS has an exceptionally strong Tax Team with diverse skills and experience, dispersed around the UK to provide optimum access to ICAS Members and tax authorities.

Susan works closely with the ICAS Tax Board overseeing the direction of ICAS tax policy. She is also Secretary to the International and Large Business Taxes Committee, the Private Client Committee and the Indirect Taxes Committee. She represents ICAS on various HMRC stakeholder groups (including the Compliance Reform Forum, the Representative Bodies Steering Group, various capital taxes stakeholder groups and the Joint VAT Consultative Committee) and at ad hoc meetings to discuss consultations or other specific issues. Susan is also the ICAS representative on the Charter Stakeholder Group. She writes articles on tax technical issues for the ICAS website and presents ICAS webinars. Susan is based in the South East of England.

Justine is based in West Yorkshire. She leads on matters relating to devolution and employment taxes and is Secretary to the Devolved Taxes Committee and the Employment Taxes Working Group. Justine represents ICAS at several HMRC and industry forums (including co-chairing HMRC’s Employment and Payroll Group Forum, Employment Status & Intermediaries Forum and Construction Forum) and sits on the Association of Accounting Technicians’ employment and pensions panel. Outside ICAS, Justine is the CIPD’s West Yorkshire Committee Policy Lead and a Board Director at the CIPP. Prior to joining ICAS, Justine spent five years running her own consulting business in conjunction with two projects as a senior policy advisor at the Office of Tax Simplification, following a career in practice and at HMRC.

The ICAS Tax Team supports the work of the ICAS Tax Board and its Tax Committees. If you have an interest in tax, why not volunteer to get involved. Serving on ICAS committees can be a valuable and rewarding experience at any stage in a member’s career.

Involvement in leading-edge discussions with government representatives, sometimes in highly confidential circumstances, can provide advance insight into tax policy changes being considered and opportunities to influence eventual outcomes. Volunteers from among the Tax Board and its Tax Committees may also be invited from time to time to represent ICAS at meetings with officials from HM Treasury, HMRC and Revenue Scotland, and with representatives from other outside bodies.

Wide-ranging discussions among Tax Board or Tax Committee members of varying ages and experience can provide excellent networking opportunities, as well as valuable training and development experiences.

Practice firms, or other businesses employing CAs on tax work, can encourage their up-and-coming staff (particularly younger ICAS Members) to serve the Institute risk-free – giving those individuals unique scope to broaden their knowledge and experience in the tax profession.

Although headquartered in Edinburgh, ICAS has a globally based membership, with a wide sphere of influence both at home and abroad. ICAS is keen to involve volunteers from across the UK – and in some cases even further afield – in its Boards and Committees. To make it easier to become involved, Committee meetings are normally either held virtually or as hybrid meetings.

Please get in touch by emailing tax@icas.com if you are interested in getting involved with the work of the ICAS Tax Board or any of its Tax Committees. The team will be pleased to hear from you. 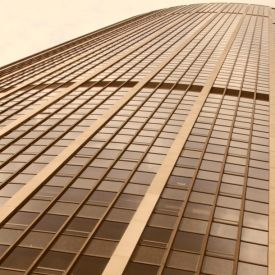 Introducing the ICAS Tax Board, its committees and working group.