The Scottish Government issued a consultation on 31 August 2021 to canvass views on an overarching approach to tax policy and on how it should use the devolved and local tax powers as part of the Scottish Budget 2022 to 2023.

‘Tax Policy and the Budget – Consultation on Scotland’s first Framework for Tax and tax policy in relation to the Scottish Budget 2022-23’ was issued in August 2021.

In its response, ICAS noted that the draft Framework for Tax is helpful in setting out the Scottish Government’s policy approach to the devolved and local taxes. The Framework is concise, well written and has useful graphics. In previous submissions ICAS has called for a document such as this; it is welcome.

ICAS supports the four aims of the Scottish Government to:

In its response, ICAS noted that there is a distinction to be drawn between ‘technical’ elements and ‘policy’. The latter relates to high-level principles and overall strategic policy; this might include, say, a review of council tax or the rates at which income tax is set. Input to such policy making should sit with a wider stakeholder group.

The ‘technical’ aspects, however, are more specialist in nature and relate to the health of the tax system. For example, ‘technical’ elements of the framework may include the tax legislation itself and the ability to refresh and amend it.

There should also be regular reviews of the existing taxes to ensure they are operating as effectively as possible – for example, a review of the contentious elements of Additional Dwelling Supplement would be beneficial.

The technical aspects of the framework are vital to make sure that existing taxes function as intended and are essential if the system is to have credibility. The ICAS role is to share insights from ICAS Members into the many complex issues and decisions involved in tax and regulatory system design, and to point out operational practicalities. Our comments in the response were made in this context.

Tax priorities for this Parliament

ICAS was a member of the Devolved Taxes Legislation Working Group, which issued an interim report in February 2020. We believe it is important to reconvene this group and progress its work in order to establish better legislative processes for the many aspects of Scottish taxes, whether these are to enable care and maintenance changes to existing taxes or to introduce new measures, such as tax reliefs or new taxes.

An annual process, such as a Scottish Finance Bill, would assist with raising the profile and visibility of taxes, provide a vehicle within which the taxes could be amended when necessary and assist in keeping tax law fit for purpose.

Part of the work required over the next Parliament is to deliver a devolved tax system which can continue to evolve and be sustainable, resilient and better understood by taxpayers.

Want to become involved in the debate? Contact tax@icas.com or start a conversation on CA Connect - the discussion platform for ICAS Members. 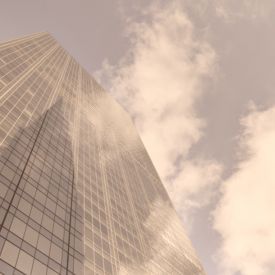