When the Scottish Government issued a consultation document proposing to amend the legislation to rectify unintended consequences relating to group relief, ICAS responded. Justine Riccomini sets out the main issues.

The Scottish Government has received many representations about the unintended consequences of the group relief provisions since the Land and Buildings Transaction Tax (Scotland) Act 2013 came into being on 1 April 2015.

Schedule 10 of the Act currently makes provision for the availability of group relief. Subject to certain rules, LBTT relief for land transactions between companies within a group that would otherwise be chargeable to tax is available.

On 28 December 2017, Revenue Scotland published a technical bulletin on LBTT, setting out its interpretation of the tax position when a transfer of property within a corporate group involving a relevant share pledge (“relevant” meaning that the person holding the pledge could obtain control of the subsidiary (transferee) but not the parent (transferor)) constituted an ‘arrangement’ which would not be eligible for group relief under paragraph 3 of schedule 10 of the Act. In these circumstances, LBTT would be payable. Representations were made comparing this to the Stamp Duty Land Tax legislation which does not deny relief in the same circumstances, which could potentially make Scotland uncompetitive for investors by comparison to the rest of the UK.

The consultation focuses on the proposed amendment to Schedule 10 of the Act via secondary legislation, which can only be prospective – unlike primary legislation, which can be retrospectively applied. Naturally, ICAS has made representations to express concern in respect of this approach. We know that retroactive measures can be implemented, as they have been done before – so it can surely be done again in this instance, in the interests of equity.

In addition, some of the terms used in the legislation are not set out using Scots law terminology, and we have also asked that this is changed. Also, there is a need to cover arrangements in other jurisdictions outside the UK.

ICAS has also called for a care and maintenance process by which the Scottish Government can revisit the law if it is deemed not to be working as originally intended.

Finally, ICAS requested that a viable communications strategy is implemented once the amendments to the existing legislation come into force so that taxpayers and advisers know where they stand - whether or not retroactive measures are enacted. 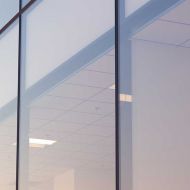 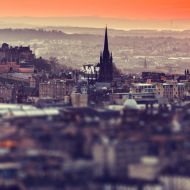