The NI consultation was issued in early October 2022 and concerned itself with the overarching issue of whether further tax powers should be devolved to Northern Ireland. An independent Fiscal Commission for Northern Ireland was announced in March 2021 in the country, and the Commission produced a report based on its research findings in May 2022. The report contains 23 recommendations, together with consideration of the advantages and disadvantages of each of the taxes and how each of the taxes might be implemented with a suggested time frame to move forward. A table within the report runs through each of the taxes in turn, clearly setting out whether the time is right for current devolution.

The approach taken by the Independent Fiscal Commission is interesting and takes into account areas which are not currently considered in Scotland and Wales, such as full devolution of income tax including rates and bands, the Personal Allowance and the Apprenticeship Levy. However, the Commission nevertheless stated: “We do not consider full fiscal devolution, under which Northern Ireland would be responsible for funding all of its spending from its own revenues, as a realistic option.”

In it's submission, ICAS supported the notion of further devolution, caveated by the need for a stable administration and supported by the citizens of Northern Ireland. ICAS acknowledged that there is a case for seeing Northern Ireland as not just another part of the UK and therefore subject to the same fiscal treatment, due to its border with the Republic of Ireland, increased levels of poverty and lower economic growth in comparison to the rest of the UK. ICAS also considered that devolution of taxes should take place steadily over time and not be rushed in – to give the population, business and the government time to adjust and correct any anomalies as they arise.

The Scottish Government consultation was issued in September 2022 and concerned itself with the formulation of legislation in relation to an alternative Scottish tax to the UK Aggregates Levy. This consultation is a primary form of information gathering to assess the initial scope for legislative drafting and policy stances and it is expected that further consultations will arise before any legislation is finalised.

ICAS responded to the tax related aspects of the consultation and offered its general support to the measure whilst asking for further development of policy aims so that some of the questions in the consultation, such as whether the Aggregates Levy might support the “circular economy”, could be considered and answered more fully.

ICAS noted that whilst the Aggregates Levy is a niche area of tax which is quite sector-specific, the fact it resembles SLfT in nature would lend itself to consistency if similar principles within the legislative drafting were observed as well as suitable transitional arrangements as UK Aggregates Levy is phased out.

ICAS also stated that due to some notoriety in the aggregates sector in terms of non-compliance, it is important that any sanctions are sufficiently robust to act as a deterrent to avoidance and evasion. As such, the Aggregates Levy should not be wholly reliant on self-assessment and the Scottish Government should allocate sufficient resource to policing and enforcement activity.

Links to both the ICAS submissions can be found here within the 2022 section. 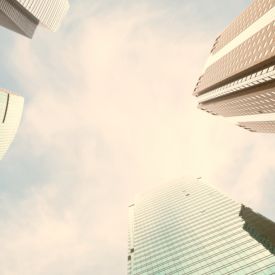 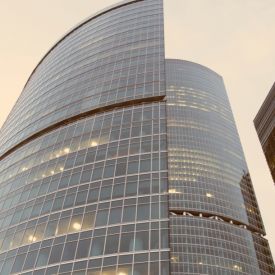