The Option to Tax (OTT) provides valuable flexibility in the VAT land and property regime. However, many practical issues arise with the process for opting (and obtaining HMRC confirmation of the OTT) and around ascertaining whether an option exists. There is currently no central register of options; the absence of any definitive record causes difficulties in property transactions where evidence of opting is required. Legal agreements often have to include clauses to deal with the lack of certainty.

Unfortunately, the proposals in the recent consultation do not address these practical problems – and could make them worse, in some respects. ICAS believes that the Office of Tax Simplification (OTS) recommendation for a digital system for options should be revisited.

HMRC issued a consultation on potential Changes to the Processing of Option to Tax Forms by the Option to Tax (OTT) National Unit on 15 November. The changes proposed were:

The ICAS response commented on the two proposals in the consultation – and recommended revisiting the OTS recommendations.

As the consultation notes, correct notification of an OTT has been and remains the responsibility of the opter. However, evidence that notification has been made to HMRC is very important in property transactions where both parties need to have made and notified the option before completion, for example where a transaction is to be treated as a transfer of a business as a going concern. The absence of an OTT receipt letter is therefore likely to be problematic in some cases.

ICAS commented that it is helpful that submissions by email will continue to receive an automated email response, providing some confirmation of the date the option has been notified to HMRC. However, the format of the automated response is important. Currently, unless all the details are included in the subject line of the email, there is nothing to distinguish one automated response from another. The intention seems to be to continue issuing responses in the same format.

ICAS suggested that HMRC guidance on making an OTT should make clear how the subject line of the email should be completed, to ensure that the automated response is useful as evidence of notification – and suggested some appropriate wording.

Confirming the existence of an Option to Tax

In principle, ICAS supported both the suggested cases where HMRC will continue to process requests:

Case One: Where the effective opted date is likely to be over six years ago, or

Case Two: Where the request is made by a Land and Property Act Receiver, or an Insolvency Practitioner appointed to administer the property in question

However, the ICAS response raised some questions on the details, including:

In case one, it is unclear what HMRC’s approach would be if a taxpayer is uncertain whether they have opted, or uncertain about the timing of the option. It is also unclear whether HMRC will expect the taxpayer in case one scenarios to provide any information or evidence, to indicate whether the OTT is likely to have been made more than six years ago. For example, information about the purchase date of the property, or details of a change in use.

It is important that Insolvency Practitioners (IPs) should still be able to obtain the information from HMRC, so ICAS supported the provision of information by HMRC in case two scenarios. IPs often find that locating any records (not just related to VAT matters) within an insolvent business is a significant challenge, particularly without ready access to key personnel who are likely to have left the business.

However, it is likely that in many cases, an IP may only know that property is owned by the business - and no more - so part of their diligence and duties will be to establish the VAT status of land and property. Some of the items included in the list of information required, are unlikely to be available to the IP.

The OTS considered the opting process in its 2017 VAT review. It recommended the introduction of a digital system for options. It found that an automated digital system for dealing with OTTs would be useful to HMRC and businesses – and would address the practical problems which currently arise when initially opting. A digital system would enable efficient online notification and confirmation and would also create an audit trail – with businesses able to access and print confirmations when later required for legal transactions.

The proposals in the current consultation are clearly aimed at preventing many queries to HMRC about the existence of options. A digital opting system could be the starting point for the creation of a central database of options; the OTS recommended further exploration of the creation of such a database. 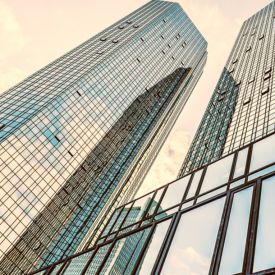 ICAS comments on proposals for HMRC to collect more data 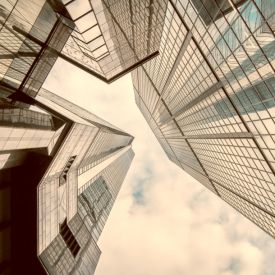