How to turbo-boost startups

Relatively few startups grow into large and successful businesses, and Donald Drysdale describes an important new initiative which might help them to find the capital they need.

Philanthropist Sir Brian Souter is a successful entrepreneur who developed a substantial business, Stagecoach Group, from very modest beginnings. He is about to complete his presidential year at ICAS, where he has brought valuable business acumen to the role.

Souter’s business is now global but it started in a small way, with just one bus, and in its early years he received valuable financial support from friends and family. Not all startups are so lucky, and many fail because of a lack of funding.

Small businesses are the lifeblood from which, if given the chance, larger businesses may grow, but very few succeed in doing so.

In a fresh initiative to improve the situation, Souter is proposing the introduction of a new, accessible tax relief to encourage investment in small entrepreneurial businesses. He has dubbed this the Small Business Enterprise Scheme (SBES), and it is explained here.

Why do we need another investment incentive?

Many startups are structured initially as sole traders or partnerships, either for simplicity or to give the proprietors access to tax relief for early trading losses, so they fall outside the scope of SEIS or EIS. Souter believes that SBES would meet a crucial need by extending the impact of SEIS to a broader range of businesses during their critical startup phase.

Because of their complexity, SEIS and EIS are claimed mainly by wealthy, sophisticated investors who can understand and afford the professional advice needed. By contrast, the aim of SBES would be to encourage investment by those with more limited means but closer to the businesses in question – for example, family, friends and the local community.

How would SBES work?

SBES would not be restricted to investment in corporate entities. Sole traders, partnerships or companies would be eligible to receive investment through SBES. The concept of ‘approved trades’ that exists in SEIS would be replaced so that the new relief would be available to any venture that exists to trade in goods or services with a view to profit.

A business would be eligible to benefit from aggregate SBES investment funds of up to £100,000 at any time – as loans and/or (where applicable) equity. On receipt of the funding in cash, the business would be entitled to claim an immediate tax credit equal to 25% of the sum invested, representing the basic rate of income tax on the grossed-up value of the sum received – just as a charity does with Gift Aid.

An individual would be allowed to invest between £500 and £20,000 (net of the tax credit) in SBES loans and/or equity over a three-year period. Investing through SBES would not trigger any immediate tax repayment for the investor, and they would need to certify that they had paid enough income tax to fund the tax credit paid to the business.

As an incentive to the investor, their returns from the SBES investment over the succeeding ten years would be tax-free, including loan interest not exceeding a specified rate. It is suggested that this limit would be 4% per annum, but I wonder whether a limit varying with Bank of England base rate would make more sense.

Capital gains realised from an SBES investment during the same period might also be tax-free under the scheme.

Anti-avoidance measures are always required, but they would have to be kept to a minimum to ensure that SBES was simple and accessible for ordinary people.

SBES would only be available to a business with annual turnover not exceeding (say) £250,000. It would have to have at least one employee unrelated to the proprietor or major shareholder, and no more than (say) 20 employees in total. The investment would need to remain in the business for at least three years.

By paying the tax credit to the business rather than the investor, the relief would remain as simple as possible to the individual investor while serving a more radical anti-avoidance purpose. By being forced to register with HMRC to receive its tax credit, the business would thereby become visible to the tax authorities, ensuring that it was brought fully into the tax system.

Souter believes that politicians need to pay more attention to the creation of wealth, because that then makes a fair distribution of wealth much easier to achieve. Measures that encourage business startups and provide them with the funding they require are likely to offer valuable payback in the form of economic growth.

Under current SEIS and EIS rules, sophisticated investors are offered early tax repayments but they are driven primarily by their weighing up of the investment risks and likely returns. Under SBES investors closer to the business could be attracted by the prospect of their investment returns being tax-free for ten years, but would be driven also by their genuine desire to help businesses which are closer to them or their local communities.

ICAS, with its public interest remit, campaigns for simplification of taxes. We all want a simpler tax regime and an environment in which small businesses will flourish. SBES has merit, and HM Treasury should give it careful consideration. 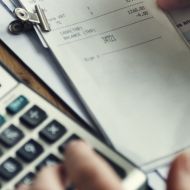