How to capture land value uplifts

As a House of Commons Select Committee reports on options for land value capture in England, Donald Drysdale contemplates possible changes that might emerge.

For tax specialists, the fiscal years pass quickly by. It seems only a short time since I was advising clients on development land tax (DLT), but in fact that particular line of work dried up over 30 years ago.

DLT had a short lifespan, from its implementation in 1976 to its sudden abolition in 1985. But it was simply one brief chapter in a long history of attempts that have been made to capture land value. Indeed, the first recorded ‘betterment’ levy in Britain was imposed by King Henry VI in 1497, to catch increases in private land values arising from flood defence works.

Such efforts are continuing today. In September the House of Commons Select Committee for Housing, Communities and Local Government ((MHCLG or ‘MoHoCoLoGo’) published a report on Land Value Capture. This was the result of an inquiry in which the Committee heard from academics, experts and industry groups on how central and local government in England could better capture increases in land values for the public benefit.

Land values climb for a variety of different reasons, including economic and demographic growth. Some of the most significant increases flow from specific public policy decisions, and the Committee focused its work on the significant increases that arise from the granting of planning permission by local planning authorities and from public investment in infrastructure.

There has been renewed discussion in recent years about how the state can efficiently and fairly redistribute increases in land value arising from such policy decisions, while ensuring that privately-owned land continues to come forward for appropriate development. The MHCLG inquiry sought to contribute to that debate.

In their purest form, land value capture mechanisms should create value for the public purse in addition to generating revenue for infrastructure made necessary by the granting of planning permission. They seek to ensure the fair distribution of increases in the value of privately-owned land between landowners, the local community and national government.

These objectives are not met by existing taxes like income tax or corporation tax, which don’t capture land value increases. Capital gains tax, business rates and stamp duty land tax are not designed to do so either, although they may have this effect in practice. There are currently no taxes or charges designed specifically to capture increases in land value arising from the granting of planning permission.

In England, certain existing mechanisms – particularly section 106 agreements and the community infrastructure levy (CIL) – are designed to raise revenues to fund essential infrastructure improvements made necessary as a result of new development. These improvements may include schools, roads, transport, community facilities and affordable housing.

Section 106 agreements under the Town and Country Planning Act 1990 can be entered into to meet concerns a local authority may have about meeting costs of providing new infrastructure made necessary by a particular development. Locally administered, these have been more effective in obtaining a share of development value arising from residential development than previous historical attempts.

CIL is a locally-determined, fixed-rate development charge under the Planning Act 2008, designed to help finance infrastructure needed to support development. In contrast to section 106, which raises revenue for infrastructure associated with specific development, CIL was intended to address the cumulative impact of development in an affected area.

The MHCLG report focuses mainly on possible changes that might be made to existing approaches to land value capture and reforms to existing legislation. However, it also details some more innovative approaches to capturing uplifts in land value, which might be appropriate for central government and local authorities to consider in further detail.

These alternative approaches include a development rights auction model for zones with high development potential; a way of maximising land value capture where publicly-owned land is put forward for residential development; a new development tax to be levied on landowners; and a means of capturing value from residential properties in existing developments.

Tax increment financing (TIF) is also considered. It allows local authorities to borrow money for infrastructure projects against anticipated increases in tax receipts resulting from the infrastructure. In the UK where TIF has not yet been widely used, it takes the form of increasing the proportion of business rates that are retained by local authorities, which in turn expands the authorities’ borrowing capacity.

An annual land value tax (LVT) on unimproved land values is also mooted, but MHCLG felt it was outside the scope of its inquiry. Nonetheless, there is growing cross-party political support for some kind of LVT.

Compulsory purchase orders (CPOs) are not seen by MHCLG as a form of land value capture, but as an important tool for local authorities to assemble land to deliver development, regeneration and infrastructure projects in the public interest.

The report concludes that reforms are needed to make the CPO powers more effective. First, the CPO process should be simplified to make it faster and less expensive for local authorities, whilst not losing safeguards for those affected. Second, local authorities should have power to compulsorily purchase land at a fairer price which would exclude ‘hope value’.

MHCLG is a UK Government Committee which has investigative rather than legislative powers and serves England only. Within each of the UK’s devolved administrations there are corresponding agencies holding equivalent responsibilities. For example, in Scotland, these are the Communities Directorates and the Learning and Justice Directorates.

While this latest report relates only to England, it raises issues of equal relevance to other parts of the UK. In Scotland, for example, section 75 agreements under the Town & Country Planning (Scotland) Act 1997 provide broadly equivalent mechanisms to section 106 agreements and CIL but don’t necessarily meet all today’s perceived needs. 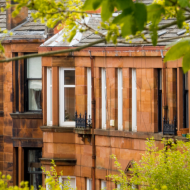 Should we expect a land value tax in Scotland?