The FTT rejected HMRC’s attempt to change their position on the grant of an option to acquire land and the release for consideration of such an option.

Jan Garioch CA discusses a recent case, Landlinx Estates Ltd v HMRC, which saw HMRC try to move away from a position which had applied since 1972.

Landlinx Estates Ltd v HMRC (Landlinx) v HMRC tackles the question of whether the release for a consideration of a call option to purchase land is a taxable supply of services or an exempt supply of an interest in land. HMRC came to the FTT to argue for a position which differed from their published practice. For many years HMRC had treated the grant of an option to acquire land as an exempt supply, and that was reflected in Notice 742.The FTT were advised that HMRC had rethought its position. HMRC now held the view that the grant of an option to acquire land was a standard rated supply and its release for a consideration would equally be standard rated. In a ‘belt and braces’ approach, HMRC argued that even if their new position on the grant of an option to buy was not accepted, the release, for a consideration, of that option was not the mirror image of the original grant. Therefore, even if the original grant of the option is held to be exempt, the release of it is standard rated.

The facts of the case were that Landlinx had received £1,425,000 for the release of an option to buy land and consequently was assessed for £237,500 of underdeclared output VAT. Encouraged by HMRC’s published practice, Landlinx had no reason to require the contractual documentation to state that consideration paid to it should be VAT exclusive. With so much at stake, and with

Arguments from the parties

When the parties laid their cards on the table in front of the FTT, HMRC contended that the call option did not confer on Landlinx the right to dispose of tangible property as owner. By surrendering its rights under the Option Agreement, Landlinx was not surrendering or transferring ownership of the underlying property.

Landlinx countered that as a matter of English law, a call option prevents the grantor of the option from selling the property unencumbered to a third party. HMRC had failed to put forward any credible argument to the effect that, if the granting of an option to purchase land created an interest in land, the surrender of such an option was not also the transfer of an interest in land. Where a transaction fell within the scope of an exemption provided for by European law, an alteration in the relationship such as a termination or release for consideration must be regarded as falling within the scope of the same exemption.

The FTT felt the real question in this appeal is whether the rights which were created by the option and which were released by Landlinx to the grantor fell within the exemption afforded by Article 135(1)(j). (Since this case involved an important point of EU law, the FTT was mindful of whether either party wished them to refer the issue to the ECJ. Since neither party did, and since the costs involved in a reference would be disproportionate to the sums involved, they decide against referral.)

They looked at the rationale for exempting immovable property and found an explanation in Lubbock Fine from the Advocate General who explained that immovable property raises a number of specific problems for VAT purposes (such as e.g. double taxation). A building is excluded from the tax as it has already been consumed by virtue of its first occupation. The FTT felt that rationale applies as much to a supply of a lesser or derivative interest in land and buildings as it does to the transfer of the whole interest in land and buildings.

In other words, in order for a transaction to fall within Article 135(1)(j) it was not necessary for it to be a supply of goods. It appeared to the FTT that in 1972 the UK had decided to exempt all transactions dealing with interests in land (subject to certain specified exceptions) and once the relevant provisions of the Sixth Directive came into force, the UK simply allowed its existing exemptions to continue in force. Since the EU has made no challenge to this the FTT found it indicative of it being compliant with EU law, especially in light of the fact that the EU speedily attacked the UK on being over generous regarding zero rating.

Their judgement was therefore to allow the appeal against the assessment 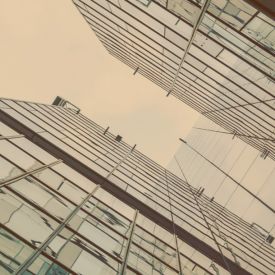