HMRC’s discovery powers were restricted by the Upper Tribunal in a case involving the High Income Child Benefit charge – but the government has included clauses in the Finance Bill to override the decision and ensure that HMRC’s powers remain intact.

There have been a number of First Tier Tax Tribunal cases on High Income Child Benefit Charge (HICBC), but the Jason Wilkes case (Jason Wilkes [2021] UKUT 0150 (TCC)) went to the Upper Tribunal. It concerned HMRC’s powers to raise discovery assessments in cases where a taxpayer has unassessed liabilities. The court decided for the taxpayer, but this may yet be overturned on appeal. While an Upper Tribunal decision would normally set a precedent for lower courts, the government has stepped in to overturn the decision by clarifying and confirming the rules in the 2021/22 Finance Bill.

What was the case about and what are the implications for practice?

Background to the Wilkes case

As in many HICBC cases going to Tribunal, Mr Wilkes was unaware that HICBC was due. He was employed. He was not in self assessment. He had not notified HMRC of his liability to HICBC. While HMRC accepted that Mr Wilkes had a reasonable excuse for failure to notify, it tried to raise a discovery assessment to recover the underpaid tax.

The judgement in the Wilkes case is remarkable (if it is upheld by the Court of Appeal) in that it set limits on HMRC’s discovery powers for HICBC.

The Upper Tier Tribunal held to a plain English meaning of the legislation and would not extend the scope of s29 TMA 1970 to cover income tax due on HICBC, as HMRC wanted them to do. HICBC was an income tax charge, not ‘income that ought to have been assessed to Income Tax’, and as no assessment had been made, there could be no discovery of an under assessment.

The Upper Tribunal also considered the scope of s29 (1) (b). This is the discovery power where an assessment has become insufficient. HMRC was looking for the Tribunal to accept that the purpose of s29 was to enable HMRC to make good a loss of income tax by assessing an amount that ought to have been assessed to income tax. But the Upper Tribunal found that s29 (1) (b) applies only where there an assessment has already been made.

Mr Wilkes might have failed to notify under s7 TMA 1970, but HMRC had other powers available to it. These included making a simple assessment (under s 28H TMA 1970) or issuing a notice to file a self assessment return (under s8). It was reasonable to expect HMRC to use such powers. Furthermore, HMRC already had information about Child Benefit paid to Mr Wilkes’ wife, and details of his employment income submitted under RTI.

The impact of this decision on HICBC will be somewhat limited due to the government’s announced intention to overturn the result through the Finance Bill, to ‘put beyond doubt’ that HMRC may use ‘discovery’ assessing powers to recover a number of tax charges. These include the HICBC and some charges related to pensions (for example, in respect of unauthorised payments) but also charges linked to Gift Aid donations. In the case of Gift Aid, the charity (or CASC) claims repayment of tax treated as having been paid on the donations it has received – but if a donor has paid insufficient tax in the year to cover the tax reclaimed, the donor incurs a tax charge.

The Finance Bill also provides, but prospectively, not retrospectively:

However, there are wider implications for the Taxes Management Act 1970, which is no longer fit for purpose; these are discussed in a separate article.

From a taxpayer perspective, the changes in the Finance Bill increase the risk of unexpected tax bills, long after the event. Coupled with the failure to notify rules of s7 TMA 1970, this now means an automatic 20-year window for HMRC to issue a discovery assessment for undeclared HICBC.

The 20-year window for HICBC seems somewhat harsh, given the realistic possibility that an individual may not be aware that they are liable to the charge – with liability being dependent on a claim to child benefit by another individual, and requiring exact knowledge of who is the higher earner in a couple (in cases where both members of the couple may be earning over £50,000 pa).

There are two main outcomes here. If there have been cases where HMRC has raised discovery assessments and these have been appealed, then the final decision in Wilkes, may apply, as set out above. In other cases, the new legislation is expected to mean that HICBC will be payable where HMRC has raised discovery assessments, but any penalties may still be subject to appeal.

The government’s response to the Wilkes’ decision highlights the need to get clients’ affairs in order historically as well as in real-time. It would be prudent to take steps to review new and existing clients for possible hidden liabilities on HICBC, pension charges and Gift Aid. 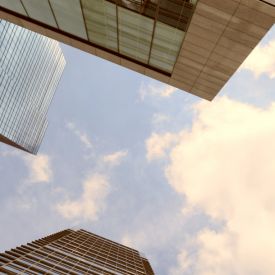 Rewrite required – not another sticking plaster