HMRC have run another Talking Points webinar to raise awareness of issues they have encountered in the accounts of companies adopting a new UK GAAP. Susan Cattell outlines HMRC's latest findings.

This was a follow up to two previous webinars. In 2016 HMRC looked at issues arising with early adopters of the new standards. In 2017 the webinar discussed lessons learned as adoption became mandatory and provided tips on how to minimise the need for HMRC to ask for further explanations.

Why do the financial statements matter to HMRC?

In the latest webinar, HMRC gave a brief reminder of some of the problems mentioned last year. They also noted that they were generally pleased with levels of compliance and disclosure but that, in addition to issues already identified, they have encountered new problems. They have also been asked for advice on certain areas.

These were discussed in a previous article and the present webinar gave a brief reminder of the main problems identified, which were:

The rest of the webinar concentrated on three areas.

Small companies: which accounts to file with HMRC?

HMRC requires the ‘full’ accounts as prepared for members of the company. If there is no requirement to prepare something for members of the company then HMRC does not require it to be prepared for HMRC. However, in some cases, the company or agent may want to file extra information with HMRC in order to aid HMRC understanding and reduce the risk that HMRC will open a compliance check requesting more information and explanations.

Abbreviated accounts are no longer an option for accounting periods commencing on or after 1 January 2016 – but HMRC are still receiving them. HMRC also see references to old standards – SSAP and FRS. Even if the accounts are actually prepared in line with the correct new standards, references to old standards (perhaps in disclosures which have not been updated) undermine HMRC’s confidence in the standard of care adopted in preparing accounts and tax computations.

HMRC outlined two types of PPA they have reviewed:

From HMRC’s perspective, it is essential that the accounts state the nature of PPAs because the tax impact of the different types of PPA is not necessarily the same. For tax purposes, a PPA for a change of accounting policy normally relates to a change from one valid basis to another valid basis and can be dealt with in the period in which the change occurs. However, the correction of an error often represents a change from an invalid basis to a valid basis and may require correction of prior year returns, raising issues around time limits, discovery assessments and overpayment relief.

HMRC have seen many cases where new UK GAAP is adopted and the two different types of PPAs are not distinguished and are (incorrectly) treated in the same way for tax purposes.

The new class of entity was introduced in November 2013. To qualify an entity must meet at least two of the following three criteria over two consecutive years:

Micro-entities can apply FRS 105 and prepare simplified accounts. HMRC found more than 3000 entities filing micro-entity accounts when they were ineligible to do so. Some clearly exceeded the size limits – of these some not only failed to meet the micro-entity criteria but also did not meet the ‘small’ criteria. Others were part of corporate groups.

HMRC use data in accounts to assess risks, so inappropriate submission of reduced data affects their risk assessment work. An example given in the webinar involved a case where HMRC identified that micro-entity accounts should not have been filed – and required full accounts to be submitted. These revealed a tax avoidance scheme which had not been disclosed in the reduced accounts.

A recording of the webinar is available here. A poll conducted during the webinar showed that 80% of attendees would like a future webinar to cover Tax Treatment of PPAs and overpayment relief; HMRC intend to arrange this, so information and a registration link should appear on the Help and Support page in due course.

HMRC guidance on the tax impact of new UK GAAP: 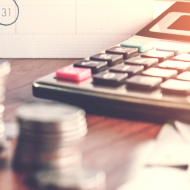 How should trusts be taxed?