Scottish tax: have your say at the Big Tax Debate

Tourist taxes and parking levies are the latest in a string of Scottish taxes hitting the media headlines. Prior to this, the spotlight was on the widening income tax gap between north and south of the border.

With an estimated 50% of the devolved Scottish Budget being raised in Scotland by 2020, Scots taxpayers and business leaders need to get to grips with the new political landscape – and fast.

But with more than four-fifths of Scots lacking an understanding of devolved taxes, more needs to be done to improve public understanding and awareness of Scotland’s tax powers.

Join STV’s Rona Dougall and expert panellists on 12 March to debate Scottish taxes and closely-linked issues. The annual Big Tax Debate, co-hosted by ICAS and the Chartered Institute of Taxation (CIOT) will take place at The Principal George Hotel in Edinburgh.

Scottish taxes are interwoven with the UK tax regime, which creates connections and constraints.

On the one hand, there is a knee-jerk reaction to compare any Scottish tax measure with that in the rest of the UK but, on the other hand, devolved taxes allow Scotland to tailor its tax regime to the nation’s needs.

What do Scottish taxpayers want their taxes to be spent on and how can we use taxes to support the growth of the economy?

For example, should students have free tuition but pay more taxes when they become higher earners or should repayment of student loans be delayed until they are earning?

Devolution has introduced new opportunities, but also new complexities. Scotland’s tax powers have evolved considerably over the last 20 years – what will the next 20 years look like?

The Scottish Parliament has various possibilities open to it but we need full public involvement and debate of the related issues.

Book your place at the Big Tax Debate

If you are not a member of ICAS please select ‘non-member ticket’. Submit your question on the evening or in advance to tax@icas.com 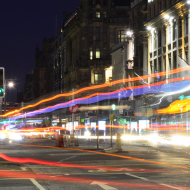 The Scottish budget - how much more?