Down the drain: can you get tax relief for cleaning your trousers?

It is notoriously difficult for employees to get tax relief for work expenses unless the employer pays up. But surely - if your job means going down sewers - HMRC wouldn’t deny a tax deduction for laundry?

Karl Higginbottom and colleagues claimed that the HMRC PAYE coding allowance of £60 a year was far too small, and a figure of £2,200 a year in each of four years in Mr Higginbottom’s case, would be more appropriate. Mr Higginbottom’s work involved going in and out of sewers, around 12 or 13 times a day.

Though he occasionally used a launderette when working away from home, the employer’s washing machine – one for 70 employees – was too far away to realistically be of use. Instead, the household washing machine and tumble dryer was brought into action to wash everything - including the bobble hat.

Mr Higginbottom claimed for an estimated ‘cost of cleaning and sanitising working clothes'.

Mr Higginbottom claimed for an estimated ‘cost of cleaning and sanitising working clothes and the cost of toiletries for personal hygiene’. The claim also included a deduction for an assumed wage of one hour a day at the National Minimum Wage to carry out the laundering.

s336 Income Tax (Earnings and Pensions) Act 2003 provides the general rules that a deduction from earnings is allowed for an amount if:

(a) the employee is obliged to incur and pay it as holder of the employment, and

(b) the amount is incurred wholly, exclusively and necessarily in the performance of the duties of the employment.

The Treasury has not fixed any such rates for relief in relation to drainage and sewerage workers.

.s366 and 367 permit the Treasury to give fixed rate deductions for certain jobs without the need for the employee to provide receipts, but the Treasury has not fixed any such rates for relief in relation to drainage and sewerage workers or ground maintenance workers.

The claim was to cover household washing powder, fabric conditioner, disinfectant, shower gel and shampoo, as well as the cost and wear and tear on the washing machine and tumble dryer. The claim had been reduced from £3,240 to £2,200 to avoid the need to make the claim under self-assessment.

The first snag encountered was, where were the invoices and detailed calculations? The washing items had been purchased as part of the weekly shop and no receipts were kept.

It was claimed on behalf of Mr Higginbottom that ‘on the balance of probability that they incurred the expenditure claimed in the sum of £2,100 {sic}, alternatively in such sum as the Tribunal considers fair and reasonable in all the circumstances’.

Unfortunately, the tax law on employee expenses does not deal in reasonable probabilities.

Unfortunately, the tax law on employee expenses does not deal in reasonable probabilities. HMRC expects actual receipts. Personal expenses must be excluded as not incurred as an obligation of the employment and wholly, exclusively and necessarily in the performance of the duties of the employment.

In the absence of any detailed calculations and proof of costs, the Tribunal could only fall back on HMRC’s suggested figure of £60 per year. It also noted that the cost of cleaning ‘protective and other clothing’ provided by an employer, which an employee is obligated to wear at work, would be an allowable cost.

Provision by an employer of a single washing machine and drying room for seventy employees, which would involve the employee in an hour and a half round trip, plus waiting time, for which he would not be paid, does not preclude a deduction by an individual employee for actual costs of laundry.

As with any tax, read the small print. The claim here failed for lack of detailed evidence - rather than as a matter of policy or interpretation.

What tax guidance do you need? 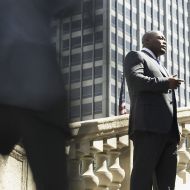 Employment Status - Is there a Silver Bullet? - Part 1