Doing politics differently – and the role of taxation

The Citizens’ Assembly was established by the Scottish Government in October 2019.  It brought together 100 Scottish citizens, who had been approached to join on a random basis in order to find an Assembly that was broadly representative of the wider population in terms of socio-economic characteristics, geography and political attitudes. The report includes a section of members’ diaries, which provide a fascinating insight.

What was the Assembly considering?

The Assembly was convened in order to help formulate new policies to shape Scotland and consider the following questions:

How did the Assembly work?

The Assembly worked independently of Government, meeting in 8 formal sessions between October 2019 and December 2020, to consider and report on the above questions. At the outset, a code of conduct was agreed by Assembly members, to help them to express their own views and opinions, share life experiences, explore new ideas and even to change their minds.

Each session was conducted over a weekend, supported by independent facilitators, and considered a wide range of evidence from experts. For instance, session 4 considered Scotland’s finances and choices about tax in relation to the statement: ‘the Scotland we are seeking to build will be a sustainable country balancing environmental, economic and social impacts for the good of the country and its citizens’. The session included presentations providing an overview of Scotland’s finances, an overview on taxation, and an outline of tax choices. ICAS was pleased to have contributed to the overview on taxation, presenting ‘Scotland’s tax system’. As one Assembly member noted:

‘Tax – a dreaded, feared word! Before today, tax for me was you open up your pay packet and you think, “Oh, do I have to pay that?” Today we learned about the bigger picture: UK tax, Scotland’s tax and other countries’ tax system. That was a lot of information and, for me, very informative. I didn’t know half of that.’

The final report includes a vision statement and 60 accompanying recommendations, which were prepared by the Assembly members and agreed through votes on each one. They are broad-ranging and give a unique insight into the issues that matter most to this Assembly, which was set up to be representative of Scotland’s citizens. The report also shows the consensus that can be achieved through an Assembly process. The report is to be presented to both the Scottish Parliament and the Scottish Government with the hope that it may influence the next parliamentary session and beyond.

In its vision statement, the Assembly has said:

‘Scotland should be a country where all taxes are simplified and made more proportionate so that everyone is taxed accordingly; taxation is transparent and understandable; measures are introduced to minimise tax avoidance: and companies are incentivised to adopt green values.’

The vision statement is supported by 60 recommendations. Those covering tax include:

This has been an interesting exercise in bringing citizens into the political debate and ICAS is pleased to have been able to contribute its expert evidence. 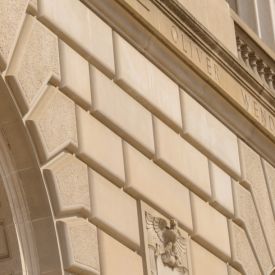 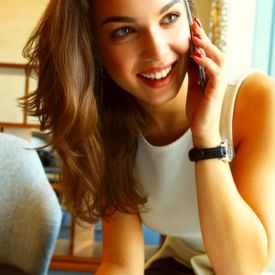