Devolving powers across the UK

Charlotte Barbour outlines policy proposals put forward by the ICAS Tax Board about the devolving of tax powers across the UK.

What has ICAS recommended?

There appears to be little central coordination of the powers devolved; nor is there adequate consideration of how devolved rate setting affects the underlying tax base. For instance, the UK basic rate of income tax (20%) is used for giving tax relief at source but in Scotland the relevant rate may be the intermediate rate (21%). There are practical procedures in place to assist with administration but, longer term, proper consideration needs to be given to how devolved tax powers interact with the UK tax framework, and whether the UK framework adequately supports devolution. Ideally, there should be a logical and consistent strategic framework for the devolution of tax powers across the UK.

It is sometimes suggested that NICs are simply another tax and should be merged with income tax, although many members of the public continue to believe that NICs pay for healthcare and pensions. Various government commissioned reviews have illustrated that merging the two would not be straightforward. Devolution adds further complexity because key elements of income tax (the rates and thresholds) are devolved but NICs are reserved. There has been considerable work by the Office of Tax Simplification (OTS) in recent years to examine how income tax and NIC processes could be aligned to improve administration, but a different approach may be required as the two charges increasingly diverge from one another. Divergence manifests itself in the NIC thresholds and their interaction with the income tax higher rate threshold. It also arises at a policy level: in England, in addition to suggestions for merging NICs and income tax, it has also been proposed to ‘hypothecate’ NICs and increase them specifically to fund healthcare. This appears odd in Scotland because healthcare is a devolved competence whilst NICs are reserved.

As a result of devolution and the overlap between devolved and reserved matters, the UK should also consider its processes for implementing new tax policy and introducing tax legislation.  Something that initially appears to relate to reserved tax may, on closer inspection, affect a devolved policy (whether tax or a related matter, such as the apprenticeship levy). This requires closer working between Westminster and the devolved administrations to ensure that UK tax decisions take account of the consequences for devolved taxes.

A realistic timeframe for UK and devolved Budgets should be put in place; this may require a more formal process, designed to enable maximum collaboration between governments. As a starting point a commitment to hold the UK Budget early in the autumn would assist the devolved administrations in preparing and presenting their own Budgets. It would also allow adequate time for proper scrutiny, which would support accountability in the devolved jurisdictions.

We believe there are benefits to be gained from adopting the above recommendations, and these would include:

The recommendations in the ICAS Future of Tax paper were agreed by the ICAS Tax Board in 2020 and inform the work of ICAS Tax. They will be reflected upon and revised to reflect economic, social and political developments.

Please send us your feedback and comments by emailing tax@icas.com or login to the CA Connect forum, an area  exclusive to members where you can post your views and discuss with others. 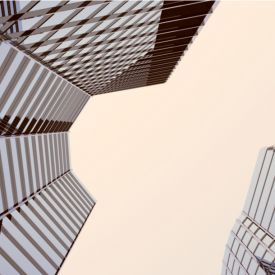 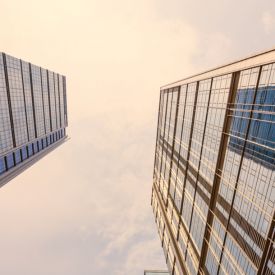 By Charlotte Barbour and Alice Telfer