Anyone working in tax will have noticed that this is a bumper season for consultations. Susan Cattell looks at three recent consultation responses submitted by ICAS.

The IFA regime is more than 15 years old – the consultation examined whether it could be reformed to simplify it and make it more effective in supporting economic growth. Views and evidence were invited on specific aspects of the regime, including:

ICAS had a useful discussion of the consultation with HMRC, at a meeting of the ICAS International and Large Business Tax Committee in April.

We strongly supported reform of the regime; in particular, removing the restriction of relief for goodwill and customer-related intangibles and aligning the de-grouping regime for IFAs with the capital gains regime should make a valuable contribution to supporting economic growth.

The treatment of pre-2002 assets raises some complex issues, particularly where groups have capital losses and pre-2002 assets. Any move towards a unified regime would, therefore, need to include transitional provisions. These should include different options to reflect the issues for different business sectors and to prevent any unfairness.

The ICAS response also noted that whilst the election for the fixed 4% rate is not widely used, it is critical for those who do use it. The ability to make an election for the fixed rate should, therefore, be retained. Other jurisdictions offer higher fixed rates but due to the availability of accounts-based relief, ICAS does not see this as a significant factor in business decisions on where to locate.

This consultation was about designing legislation to implement a new minimum tax assessment time limit of 12 years in cases involving offshore matters. ICAS does not support the extension of the time limits and noted a lack of clarity about the policy objectives behind the extension, particularly the proposal to bring corporation tax within the scope of the extended time limits (which were only expected to cover income tax, CGT and IHT).

Our response noted that the existing time limits are intended to give taxpayers certainty after a reasonable period and should be retained, particularly for those who have taken reasonable care but have nevertheless made a mistake. Where deliberate behaviour is involved, HMRC already has 20 years to make assessments/issue determinations. The response, therefore, suggested that HMRC should ensure that it establishes deliberate behaviour in appropriate cases so that it can look back 20 years; we have been told that currently, it does not always seek to do so. This would be preferable to extending the time limits for non-deliberate behaviour, particularly cases where the taxpayer has taken reasonable care.

ICAS does not agree that corporation tax should be brought within the scope of the proposals. Companies are subject to a number of regulatory and compliance regimes which do not apply to individuals.

However, if the government decides that the extended time limits will apply to corporation tax, we suggested that as a minimum there should be ‘carve outs’ to cover transfer pricing and CFCs and that consideration should be given to the impact on the availability of double tax relief.

ICAS also believes that it is essential that HMRC is properly resourced - HMRC staffing levels have been significantly reduced since 2010, with adverse impacts. HMRC will be receiving significant quantities of Common Reporting Standard (CRS) data about offshore assets and needs to be able to analyse this within a reasonable timescale.

The assessment time limits have already been extended by the Requirement to Correct rules; this should allow HMRC to deal with the initial inflow of CRS data. For the future, we said that rather than introducing blanket extensions of assessment time limits, the underlying problem of inadequate HMRC resources should be addressed.

Allowing entrepreneurs’ relief on gains made before dilution

This consultation proposed changes to entrepreneurs’ relief to try to ensure that entrepreneurs are not discouraged from seeking external investment to finance business growth in circumstances where their own shareholding becomes diluted.

Under the current rules, where a company issues shares to raise capital for the purposes of its trade, an individual may no longer qualify for entrepreneurs’ relief because they cease to hold a 5% interest in the company. The consultation proposed a process which might allow the individual to retain relief on gains that relate to the time before the dilution of the shareholding.

ICAS broadly welcomed the proposal but noted that it is only likely to have a limited impact because there is no intention to extend relief to gains following the loss of eligibility (which would probably be more significant if the business expansion is successful).

It would also align more closely with Investors’ Relief (introduced by Finance Act 2016 to encourage external investment in unquoted trading companies) which has no 5% requirement. Finally, it would address other dilution issues – such as dilution of shareholdings due to the conversion of loan capital.

The ICAS response also commented on practical aspects of the proposals, including valuation issues and the treatment of deferred gains.

Let ICAS know what you think about tax proposals

ICAS submits responses to many of the tax consultations issued by the government. It is important that we hear members’ views about proposals the government is putting forward. Some consultations ask for comments on specific questions – others are more general calls for evidence. ICAS responses aim to raise any member concerns but also to make constructive suggestions on how government tax policies can be successfully implemented.

You can find out about open and closed tax consultations (and any resulting legislation) from the government consultation tracker. If you have any comments on open consultations let us know as soon as you can – don’t wait for the deadline for responses! 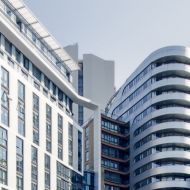 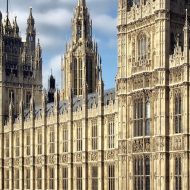