Justine Riccomini explains the latest developments with the Job Retention Scheme from 1 July 2020.

On 29 May, the Chancellor of the Exchequer announced details of the further measures being introduced in relation to the Coronavirus Job Retention Scheme (CJRS). The CJRS has been used by 1 million employers, to protect around 8.4 million jobs and the total value of claims made was £15 billion as of the end of May.

The Chancellor has announced three changes to the job retention scheme:

1.From 1 July 2020, the scheme will be made more flexible – a month earlier than expected.  Employers can bring furloughed employees back part time and crucially, still receive a grant of 80% for the time when they are not working. When the employees are working, the employer must pay them 100% of pay in line with their employment contract.

3.The scheme will close to new entrants from 30 June. Employers will only be able to furlough employees who were already being furloughed for three weeks prior to this point.  Therefore, 10 June is the cut-off date for furloughing someone for the first time.  Employers will then have until 31 July to make a claim in respect of the period to 30 June.

The Government issued this poster on Friday 29 May: 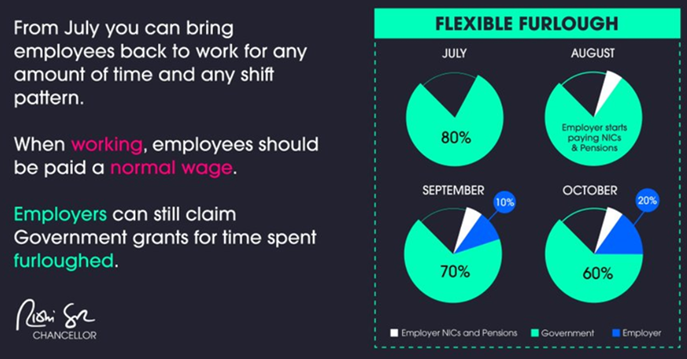 What is part-time furloughing?

Employers will be allowed to decide who can return to work part time from 1 July and what hours and shifts people will work – and while they are working, the employer will be fully responsible for paying their pay, employer’s NICs and employer’s pension contributions as they were before the furlough scheme began.

The mandatory three-week furlough will no longer apply. The payroll calculation will obviously become more complicated the more people come and go but this will increase flexibility and help employers to start up business and productivity again.

Furlough claims must be made for at least a week’s worth of furlough pay through the CJRS portal, but claims for longer periods can also be made. Employers will be required to submit data comparing the hours an employee would be expected to work and the actual hours worked.

From 1 July, claim periods will no longer be able to overlap months. Employers can however continue to make claims in anticipation of an imminent payroll run, at the point payroll is run, or after the payroll has been run, as before.

Where employees are unable to return to work, or there is not yet any work to be done, they can remain on furlough and the employer can claim 80% CJRS grant throughout July.

The cap on the furlough grant will be proportional to the hours not worked.

The government will be making further guidance available by 12 June, including webinars and detailed online guidance.

Find out more on the Job Retention Scheme in our Factsheet here. 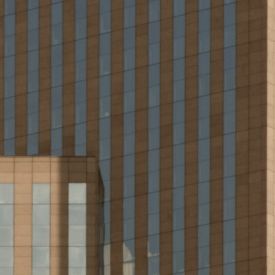 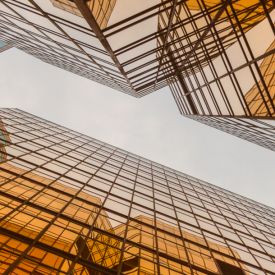