Justine Riccomini explains the outcomes of the first of two recent case decision which left the taxpayer with a hefty benefit in kind charge.

In the case of Tim Norton Motor Services v HMRC [2020] TC7973 which was heard at the First Tier Tax Tribunal in October 2020 and decided in December 2020, the NICs determinations, discovery assessments and a closure notice raised by HMRC spanning seven tax years from 2010-11 concerned themselves with the availability of two different cars in a car dealership to a shareholder-director. Benefits in kind (BIKs) were computed under Part 3 Ch.6 ITEPA 2003 and corresponding employer’s NICs on the provision of said BIK were also assessed on the employer company.

When is a car not “available”?

Due to the value of the vehicles concerned, which were a rare model of Maserati and a Ford GT40 which the company had purchased in 2001 and 2005 respectively, the benefit charges were high. HMRC raised the assessments following an employer compliance review in 2016 whereby the officer concluded that the cars had been “made available” to Mr Norton for periods longer than those in relation to which a BIK had been declared.

The company had made what it considered to be sufficient effort to demonstrate that the cars were not ‘made available’ to the director under s.114 ITEPA 2003 by carrying out the following actions:

In spite of the arguments put forward by Mr Norton that he would not have driven the car on occasions when it was technically illegal to do so and the car would not have been covered by the insurance had it been involved in an accident, the judge decided that a BIK and corresponding NICs liability nevertheless applied while the car was off the road.

He considered the staff handbook was not prohibitive enough to place sufficient restraint on Mr Norton and that it was simple enough to restore availability at any time by paying Vehicle Excise Duty and ensuring the roadworthiness of the car.

The moral of this story is to ensure that the paper trail (in this case the staff handbook and management instructions) leave no-one in any doubt that the car is strictly not available and the director is unable to reverse this by dint of his position of power. This does seem to be a particularly harsh decision, however, in view of the alternate use of SORN declarations and corresponding P11D entries covering the years in question. 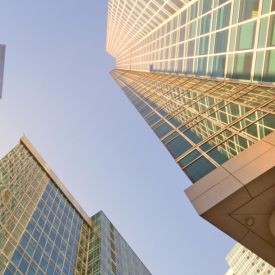