Toward Common Metrics and Consistent Reporting of Sustainable Value Creation

Perhaps more than anything before, the natural disasters in Australia this winter have raised consciousness of climate change. The vivid news reports of the environmental and human impact of the bush fires has brought it home even though the heat wave was happening on the other side of the world.

Living in the English countryside in Herefordshire the recent storms and resulting floods, when the River Wye reached levels never before recorded, also showed that something significant was happening. This was reinforced by the accounting profession around the world making an unprecedented call on accountants to act on climate change.

So how does an accountant who is interested in sustainability but not a full time “sustainability professional” help the organisations that they are working with to consider the wider implications of their operations and be part of worldwide action for change? How can the things that an organisation might be able to do fit with the UN Sustainable Development Goals (SDGs)?

With most of my accounting work being with charities based in Herefordshire, I feel a long way from what seems like a plethora of business and reporting initiatives that have emerged over recent years as people have become more aware about sustainability. And certainly, the World Economic Forum Annual Meeting in Davos in January felt very far away. So, I was mighty encouraged to find a report emanating from that august meeting that might be very helpful for any accountant who doesn’t have the time or the inclination to follow all the various initiatives and read the multiple reports and approaches.

A consultation document Toward Common Metrics and Consistent Reporting of Sustainable Value Creation, though a mouthful of a title, aims to do something quite important – consolidate and simplify the multiple approaches and frameworks. The report’s Preface talks about seeking to “reduce fragmentation and encourage faster progress towards a systemic solution” and collecting together, rather than reinventing, existing standards and metrics.

The report tells us that big business leaders have themselves recognised the need for a collaborate approach: “The existence of multiple ESG (Environmental, Social and Governance) measurement and reporting frameworks and lack of consistency and comparability of metrics were identified as pain points that hinder the ability of companies to meaningfully and credibly demonstrate the progress they are making on sustainability, including their contribution to the SDGs”. I feel their pain and welcome this acknowledgement.

What I like about the report is that the authors have done the work for us. They have reviewed the literature and various initiatives, drawing out the common themes by considering evidence of long-term value creation, ‘actionability’ and ‘monitoring feasibility’. The relatively short report is clearly structured, organised into four “pillars” of sustainability (governance; planet; people; and prosperity) to which specific SDGs are attached. 14 themes and 22 metrics drawn from existing publications (including the Global Reporting Initiative (GRI), the Taskforce for Climate-related Financial Disclosures (TCFD), Climate Disclosure Standards Board (CDSB,) to name but a few). Each metric is described in more detail in an appendix.

It’s worth a look, whatever area of business or reporting you are in, providing an accessible window onto the perhaps overly complex and fragmented world of sustainability reporting expertise. And I think it might help some of us to at least consider these metrics in whatever we are doing, knowing that we are in good company. 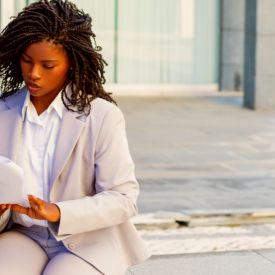 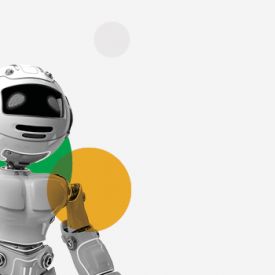